Urbanomic is a publisher and arts organization based in the UK that engages in interdisciplinary thinking and production. For this residency, director Robin Mackay works in collaboration with artist Paul Chaney and others to develop a research programme that overthrows the notion of ‘site-specificity’ in favour of the concept of ‘plot’. A plot is a thread one follows to trace a local phenomena back to its global conditions. It is also a delimited area carved out for some specific purpose, but which always retains connections to its ‘outside’, and thus harbours the potential for ‘plot twists’.

The desire to unfold the universal from within the local is perennial—from Leibniz’s monads to romanticism’s divining of universal nature within human experience. In the contemporary world it takes the more distressed form of attempting to comprehend how local human conditions are immersed in and guided by obscure material contingencies and global power networks.

The international thriller and the detective story are a model for such inquiries, since they present us with a localised object or event that stands out from the ground of normality, suggesting forces as yet unaccounted for. Similarly, post-apocalyptic scenarios such as in Russell Hobans novel Riddley Walker demand a reconstruction of the survivors’ historical context from mysterious, incomplete clues. These locally-sited figures demand satisfactory reintegration into an overall grounding vision of the world. But at the same time they transform that vision through abrupt shifts in perspective—the ‘plot twists’ that are the stock in trade of such narratives. This continual interrogation of objects, and the new perspectives that it unfolds, appeals in part because it models the predicament of finite, situated cognition and its aspirations toward universal purchase.

In forensics-obsessed popular culture, the diagrammatic figure of ‘yarnwork’ presents this unpacking of the local, as a primitive colloquial form of what Fredric Jameson calls ‘cognitive mapping’. This is a graphical attempt to grasp the complexity of the world, and the connections of power that shape it—but one whose eagerness to tie up loose ends in the name of order and justice often threatens to tip over into obsessive fantasy, paranoiac psychosis, or autistic sterility.

The residency continues and expands upon a series of projects directed by and associated with Urbanomic. Their guiding question is a methodological one: How to address sitedness or locality within a global context without (a) fetishistically universalizing local conditions, or (b) losing track of specificity by sliding into a vacuous generic treatment. Both of these extremes can vitiate the pertinence of artistic treatments of site; but they also vex philosophical attempts to reconcile the specific reality of objects with the pursuit of a generic ontology. In pursuit of this question, the projects have drawn on geohistory, topology, mathematical sheaf and topos theory, design methodology, materials engineering, cognitive science, and popular narratives.

The result so far is a shift from the notion of ‘site’ (as in site-specificity) towards that of the ‘plot’, as theorised by design strategist Benedict Singleton and philosopher Reza Negarestani. The plot, in a narrative sense, is a thread or yarn that can be followed to robustly trace local specificities through a series of perspective shifts to their global conditions; in a symmetrical, territorial sense, the plot is a delimited area carved out for some specific purpose, but which always retains hidden connections to its ‘outside’ (and thus harbours the potential for ‘plot twists’). What methodology would allow us (artists and philosophers alike) to comprehend this delicate balance between the reality of local sitedness and its immanent undermining by wider plottings?

This viewpoint is essentially post-apocalyptic, in the sense that the forces that plot our dwelling on the earth—whether those of the political elite or those of terrestrial history—have already shaped our situation, leaving us to thread together the clues in an attempt to orient ourselves—hopefully without becoming the victims of our own yarns.

For this project, Urbanomic director Robin Mackay will work in collaboration with artists Paul Chaney (Prague), Sam Forsythe (Frankfurt), Amanda Beech (LA), and strategist Benedict Singleton (London), to develop further theoretical clarification on the notion of ‘plot’, to investigate its presence in popular culture, and to apply these insights in critically re-examining a work which itself was disrupted by unforeseen plot twists.

The residency will produce, in parallel, (a) a series of theoretical notes examining the notion of plot from these different angles, and (b) an ongoing collaborative work, building up over the residency period, based on research work for Chaney’s Donetsk Syndrome Diagrammatic—a work that was never completed, having been derailed by the eruption of civil war in Ukraine—in the form of a ‘yarnwork’ and accompanying short video dramatizing and abstracting popular motifs of plots and plotting.

Upstairs: Bergen Kunsthalls new residency program invites organisations to inhabit and transform the public space on the 2nd floor in whatever way they wish, creating a multi-disciplinary arena in the heart of the building: from an open studio or research station to a publishing house, classroom or pop-up shop. 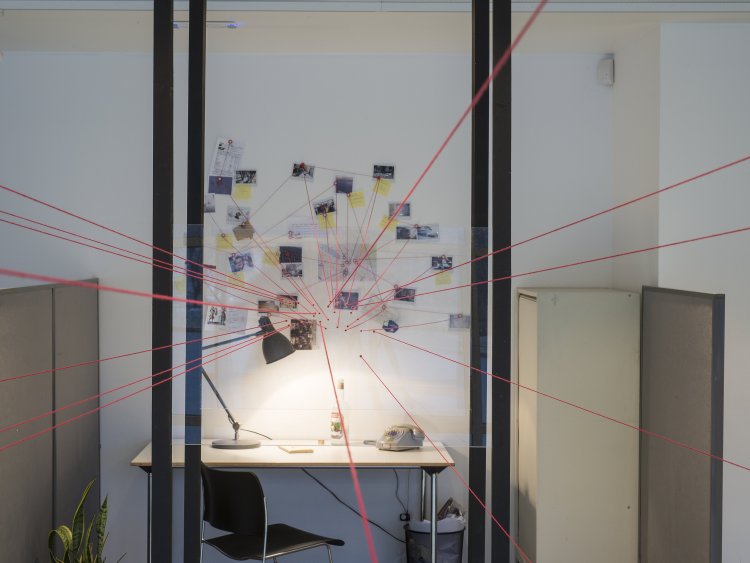 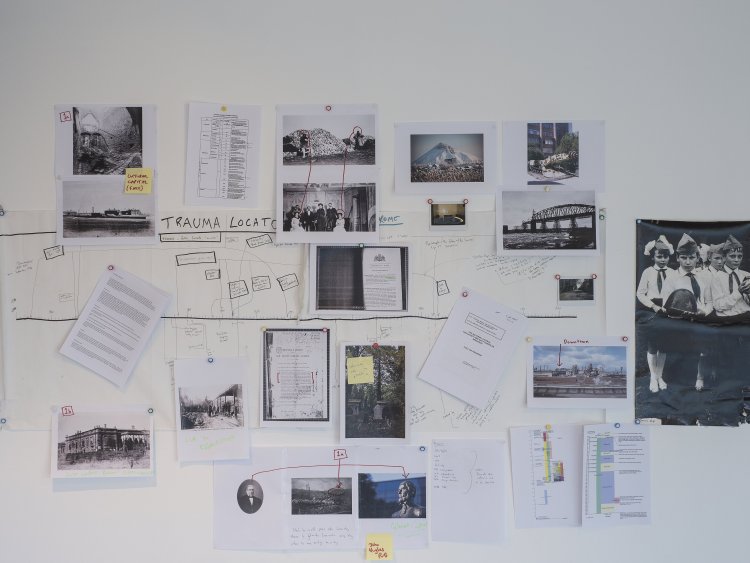 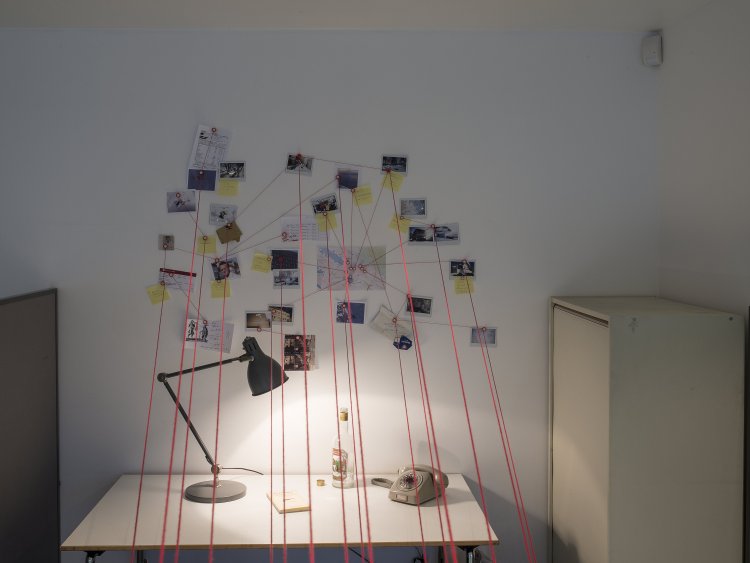 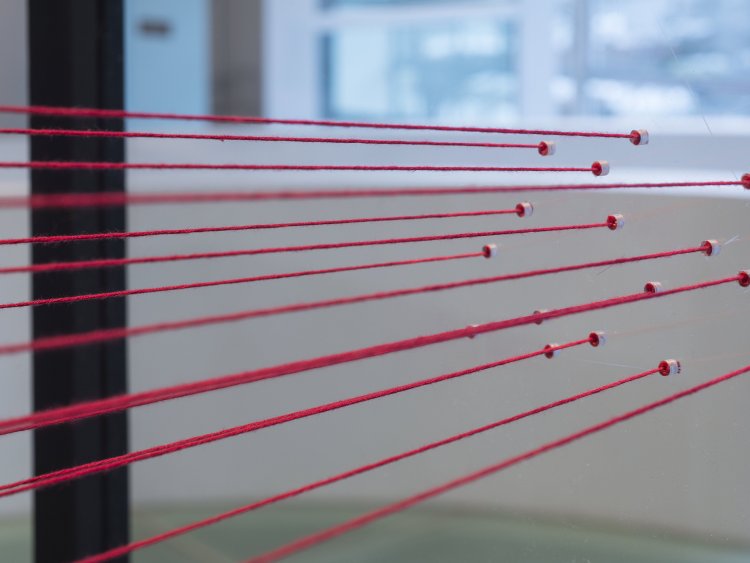