The phenomenon of sound art shows that sound can be artistically interesting in other areas than concert halls. Bergen Kunsthall has as a consequence become a natural place for auditive art experiences, and Sonic Presence is included in the Borealis festival program as one of the concerts. But (where) ordinary concerts have a limited time span, this “frozen concert” in Bergen Kunsthall stretches beyond the traditional format. In stead of the audience all coming an going at the same time, this exhibition makes it possible to control your own use of time spent on the artworks and in the listening situation.

The exhibition offers a selecion of internationally renown composers and artists. Their common feature is the presence of auditive elements. This presence shows in different ways, from sounds without no immediate meaning, to sounds filled with meaning. Several of the artists also articulates the sound visually in their installations. The auditive is thereby experienced both phonetic, conceptually, physically and visually in Sonic Presence.

Finnbogi Pétursson
Finnbogi Pétursson is renown for his work both in and outside of Iceland. The term sound artist is especially useful on Pétursson. Manifestations of auditive phenomenons are frequent in his extensive production, often in the shape of beautiful spatial installations that invite to long-lasting meditative contemplation. Pétursson here presents a new installation, made especially for Bergen Kunsthall.

Stephen Vitiello
Stephen Vitiello is one of the leading sound artists in american contemporary art. With background from the punk and noise scene in the seventies, he established as an installation artist with sound based artworks in the nineties. Vitiello is mostly renown for his recordings from World Trade Center, where sounds both from the outside, the inside, and from the buildings themselves are used. For Sonic Presence he is showing one of his loudspeaker installations, where the sound is shown without being audible to the audience.

Bernhard Lang
Bernhard Lang from Austria is represented at Borealis both with concerts and a sound installation in Bergen Kunsthall. His poetic music is here presented in the shape of a multichanneled spatial installation where the listener moves between the sound sources. Also, Lang uses pending sources of light as part of the installation. The music is then experienced both as an auditive articulation of a room, and as a musical time span.

Susan Hiller
Susan Hiller has for quite some years worked with what takes place between the everyday and the paranormal. A recurring theme is (drømmetilstand) and the subconscious as alternative ways of experiencing. Sound has been a common feature in much of her work. Magic Lantern (1987) can be described as a classic piece where the visual and the auditive experience is integrated. The installation consists of slide projections and a soundtrack where the dicotomy between the visible/invisible and audible/non-audible is thematized. The sound material is based on the legendary latvian scientist Konstantin Raudive, who allegedly was able to tape messages from the dead. Voices from the hereafter which are normally not audible, could according to Raudive be captured by silence and materialized on a tape.

Janet Cardiff
The canadian Janet Cardiff is a well established name on the contemporary art scene. Through her collaborations with George Bures Miller, she is represented in a great number of exhibitions and collections throughout the world. Sonic Presence shows one of their many installations where sound is one of the main features. Night Canoeing (2004) is a video- and sound installation where both the filmatic and the auditive material is gathered from a nightly canoeing trip. The spectator is in the paddlers position where the dark and the sounds make a captivating and charged atmosphere, underlined by the rythmic noise from the paddles.

The exhibition is supported by Norsk Kulturråd and British Council. Thanks to Lydgalleriet in regard of Bernhard Lang’s installation.

Sound is a growing medium on the contemporary art scene, a fact that makes the exhibition space in the gallery also a space for listening. Sonic Precence shows a selection of international artists who work with auditive art installations in exhibitions. Sonic Presence is produced by Bergen Kunsthall in collaboration with the Borealis festival for contemporary music. Co-curator is Steinar Sekkingstad. 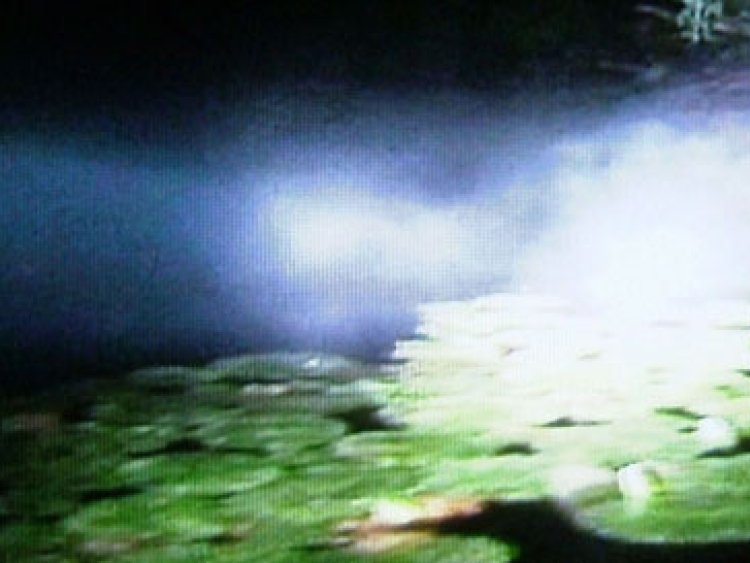