By simple means and with what seems to be an anachronistic aesthetic, Sergej Jensen has established himself as one of the most interesting painters on the international contemporary art scene. The exhibition is the first sizeable presentation of Jensen’s art in Norway.

Sergej Jensen’s unassuming pictures, of small or medium sized format, often consist of untreated canvas, linen or wool, generally smeared with chlorine, bleach or pigments – and with pieces of cloth attached to the canvas. The pictures, on the whole, keep to a pale, grubby and toned down palette. Jensen’s art appears as an almost laconic investigation of painting as a medium.

He has himself described his way of working as “painting without paint”. The process of making is made visible in the work. In many instances it revolves around a process of deterioration as opposed to a traditional process of addition. Instead of applying layer upon layer of paint to the surface, Jensen takes away. The paintings’ abstract forms and figurations often emerge through bleaching an already coloured canvas. He calls his paintings “personally dirtied”, and stains and traces of the material’s previous use are a natural component of the work’s expression.

Formally, the paintings are reminiscent of geometric abstract painting from the 50s and 60s, or of non figurative art as it developed at the beginning of the 1900s with painters such as Kasimir Malevich or Jean Arp. But Jensen’s paintings stand apart from these historic models with a reserved (almost modest) and intellectually founded appearance. One senses that the initiative for these works has a considerably lower level of ambition than that which is connected with the art of modernism. Jensen restricts the physical working of a painting to the minimum; an image can be made with just a few simple procedures. In this way the paintings acquire a spontaneous and playful character, despite the austere composition and minimalist aesthetic. Several of the paintings are in reality ready-mades, or are based on the principle of chance. The work Untitled (Holstenstrasse, 1999), for example, came into being by the artist hanging a cotton towel from his balcony until the Berlin smog attached itself to the material and created a cloud-like formation. The allusion of landscape was reinforced with a simple black line drawn across the material like a horizon. This kind of continual switching between form and antiform or between the principle of chance and carefully calculated effects is at the core of Jensen’s art.

The exhibition is the result of collaboration between Bergen Kunsthall and Malmö Konsthall.

By simple means and with what seems to be an anachronistic aesthetic, Sergej Jensen has established himself as one of the most interesting painters on the international contemporary art scene. The exhibition is the first sizeable presentation of Jensen’s art in Norway. 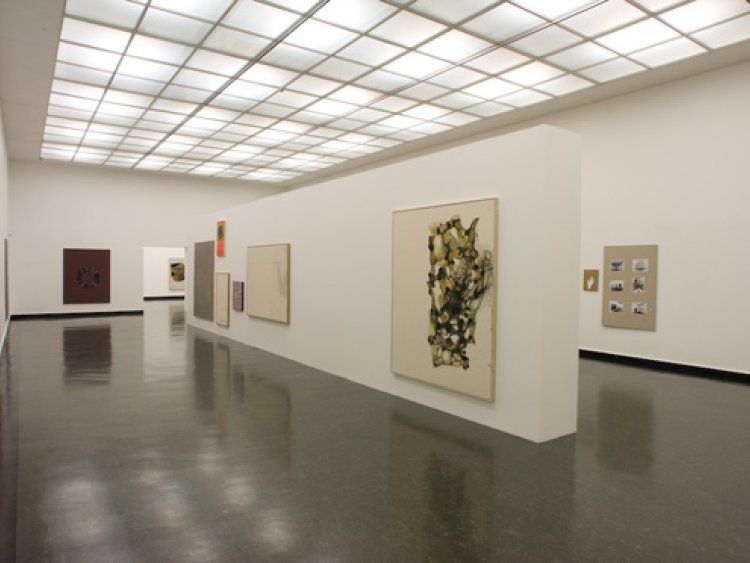 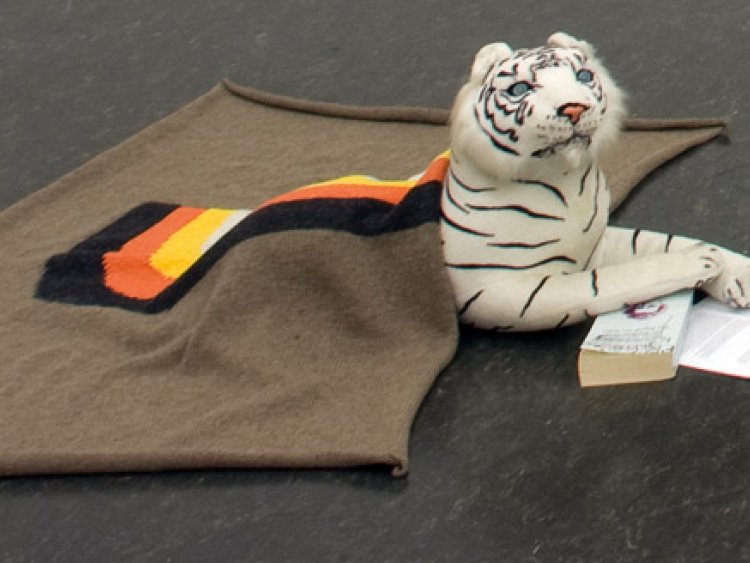