One of the most radical and articulate artists of the neo-avant-garde working in Italy today, Giorgio Griffa came to prominence in the late 1960s for his intense and highly concentrated paintings which are reduced to their essential components: canvas, colours and brushstrokes.

Emerging at a time when many of his peers in the Italian art world were moving towards more sculptural, object-based practices – most notably those associated with the Arte Povera movement whom Griffa worked alongside in Turin – his commitment to painting as both an aesthetic endeavor and an exploration of the intelligent, active nature of materials and matter, has remained the focus of his own work for nearly five decades.

Griffa’s painting transcribes an idea of rhythm, sequence and the repetition of minimal gestures onto unprimed and unstretched, folded canvases. Working horizontally on the studio floor, the various and often primitive marks, lines and motifs are applied with a brush or sponge in a manner that is more reminiscent of calligraphy or design. Rather than the paint being built up or held on the surface of the canvas, it instead soaks into the fibres of the raw fabric, staining it, saturating it and transforming it. It is a painterly language that has retained an extraordinary consistency for more than 40 years.

In 1993 Griffa began an ongoing series, Canone Aureo, in which he depicted the ‘golden number’. Painted at various scales, and in various colours and patterns, it is treated much like the other more or less abstracted signs and symbols that Griffa employs. First defined by Euclid in the third century BC, it has captivated mathematicians, philosophers, artists and architects for thousands of years. Infinite in its decimal manifestation, no matter how many decimal points one adds the number never increases. Instead it spirals in on itself, collapsing into smaller and smaller spaces of reality – a fold or fissure opening into the unknown and the unknowable.

Griffa has likened it to the myth of Orpheus, writing: “Orpheus descended into Hades, he physically entered the unknown… And we are not talking about superstition here. I would say that we are dealing rather with knowledge arrived at indirectly, by metaphor, by analogy” Griffa’s work, then, might be seen as an attempt to approach these universal and essential spaces of knowledge and knowing. As he writes: “Painting itself is provisional knowledge… Every mark of the brush is a real phenomenon, every piece of canvas is a piece of reality.”

This exhibition is a collaboration with CAC – Centre d’Art Contemporain, Geneve, Serralves Museum, Porto and Fondazione Giuliani, Rome, It is accompanied by a catalogue published by Mousse Publishing, including a complete chronology of the artist’s work and life, and newly commissioned texts by Andrea Bellini, Laura Cherubini, Martin Clark, Luca Cerizza, Hans Ulrich Obrist, Chris Dercon and Suzanne Cotter. 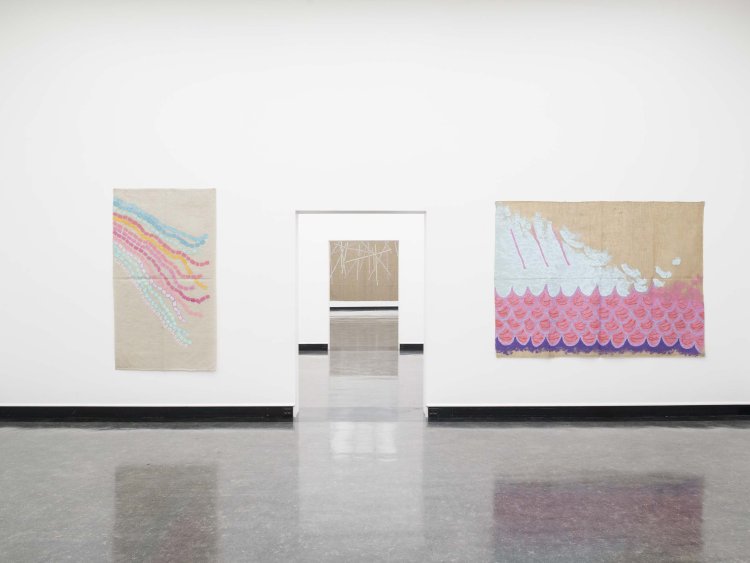 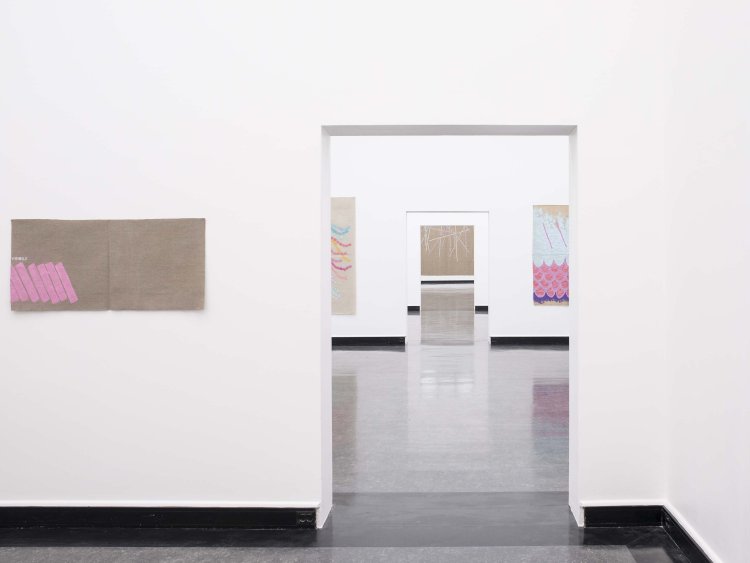 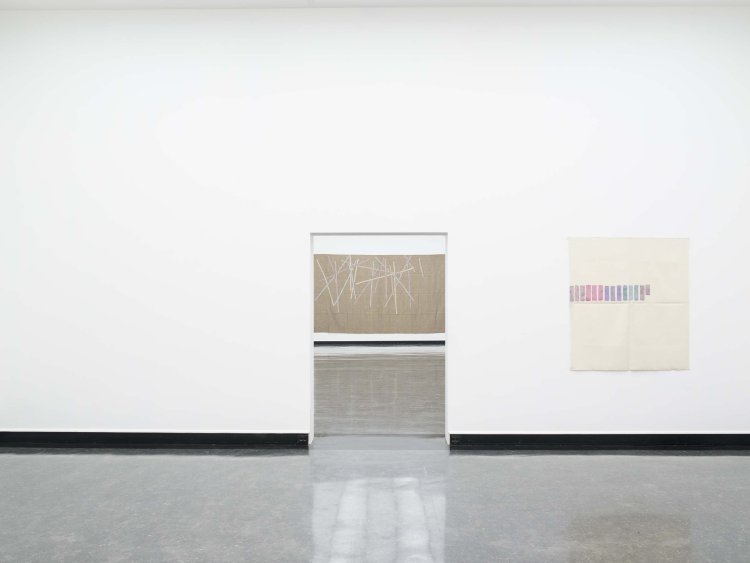 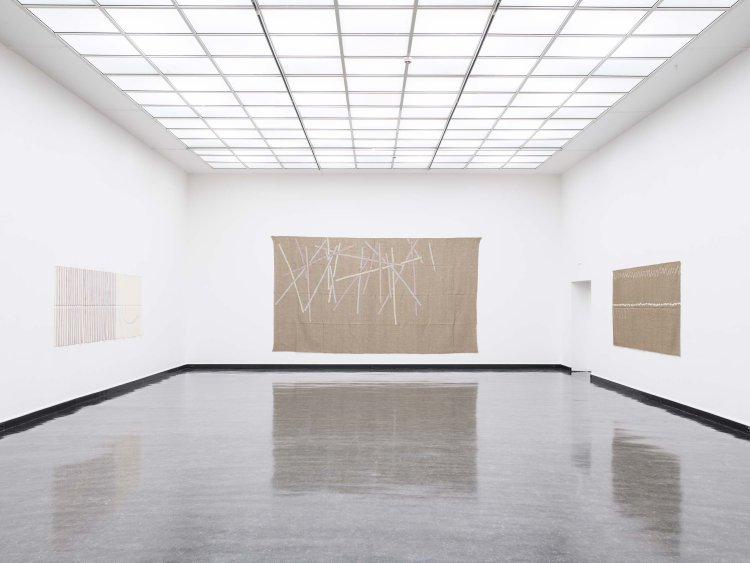 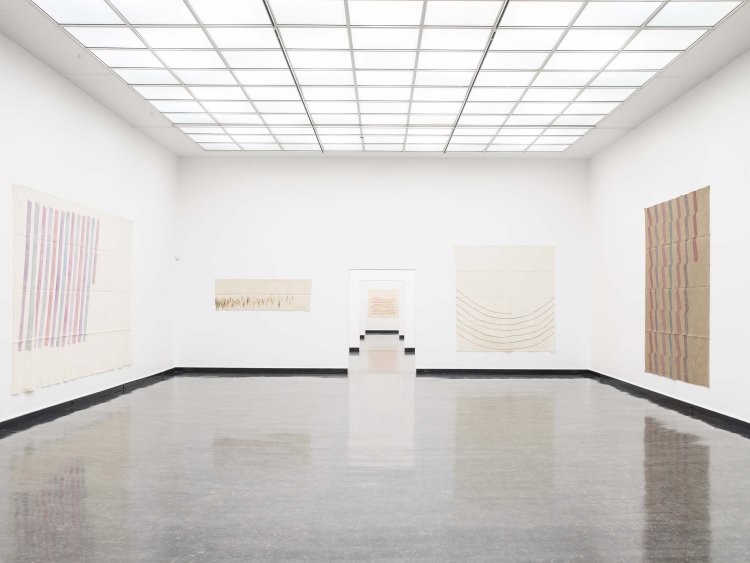 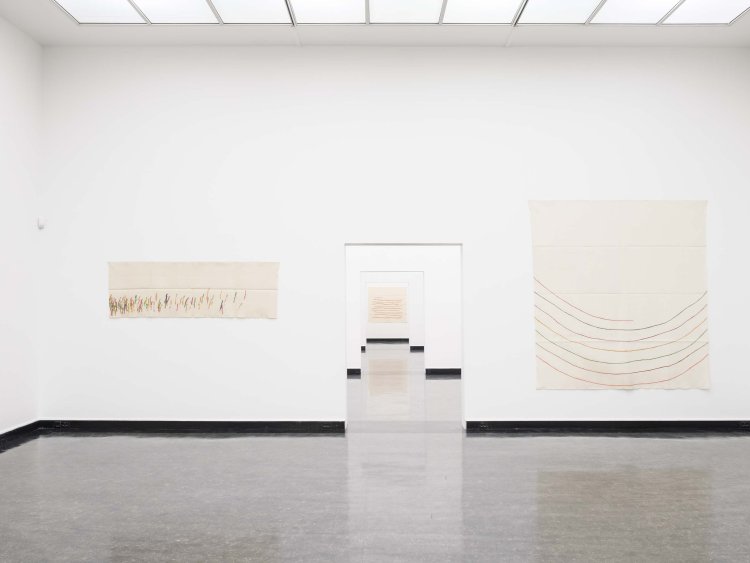 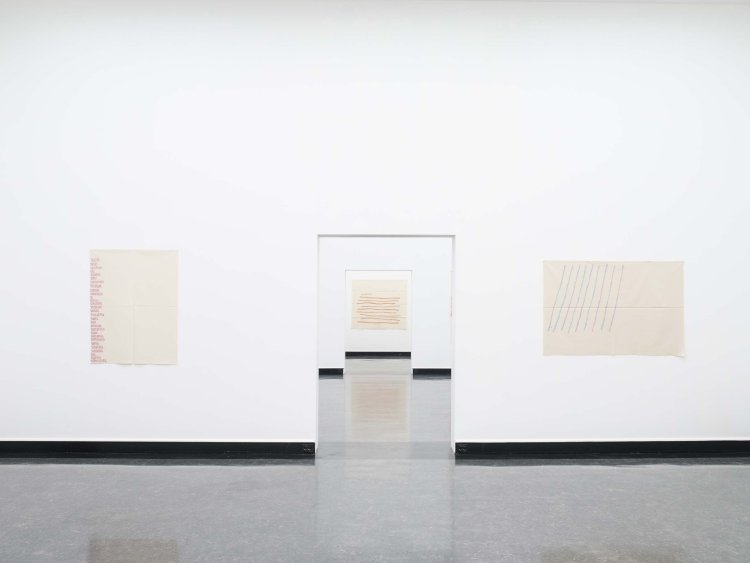 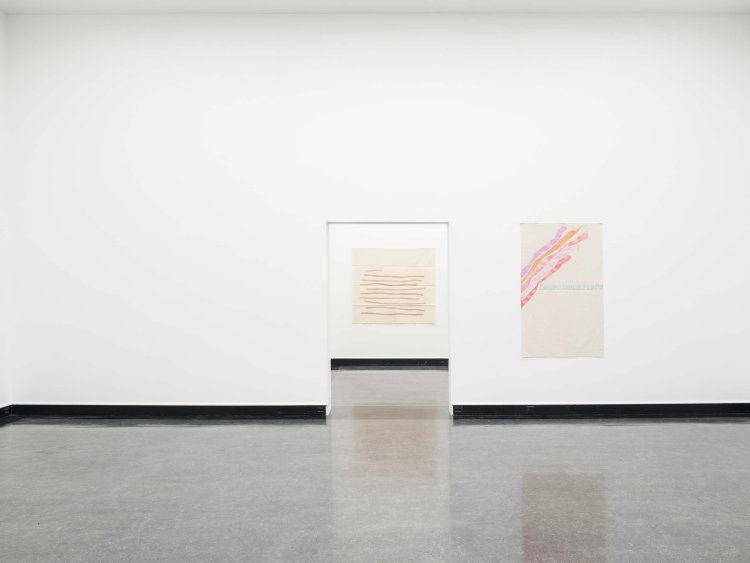 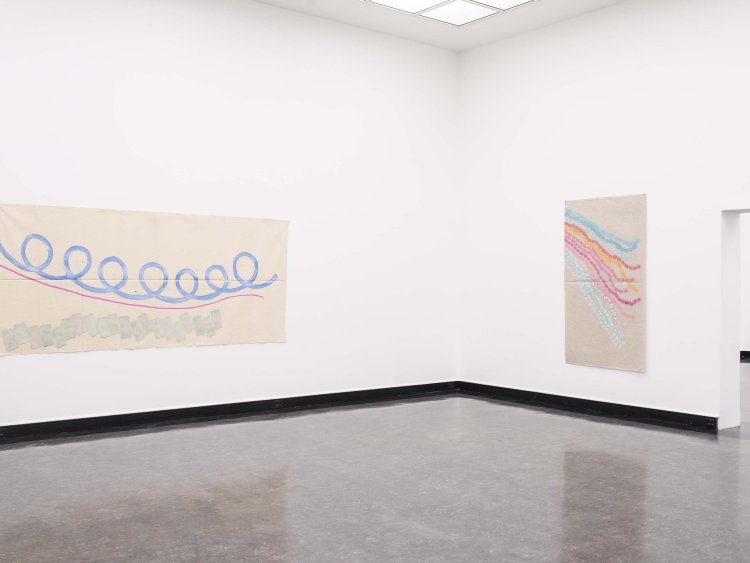 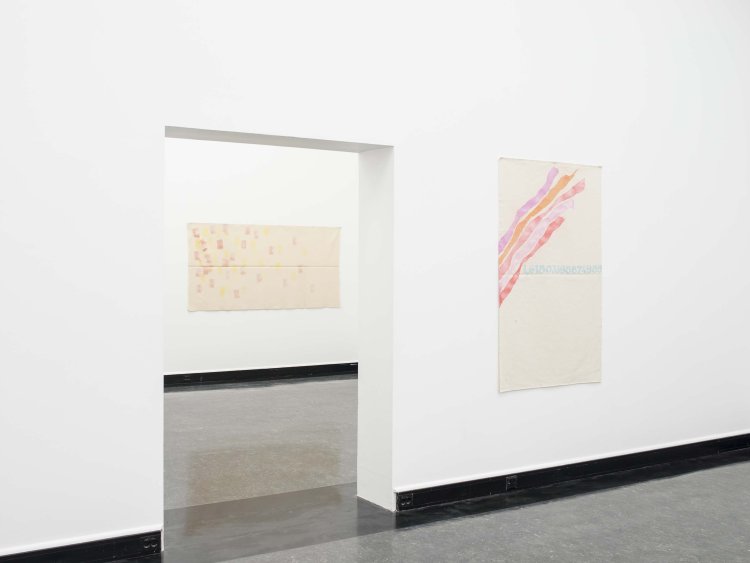 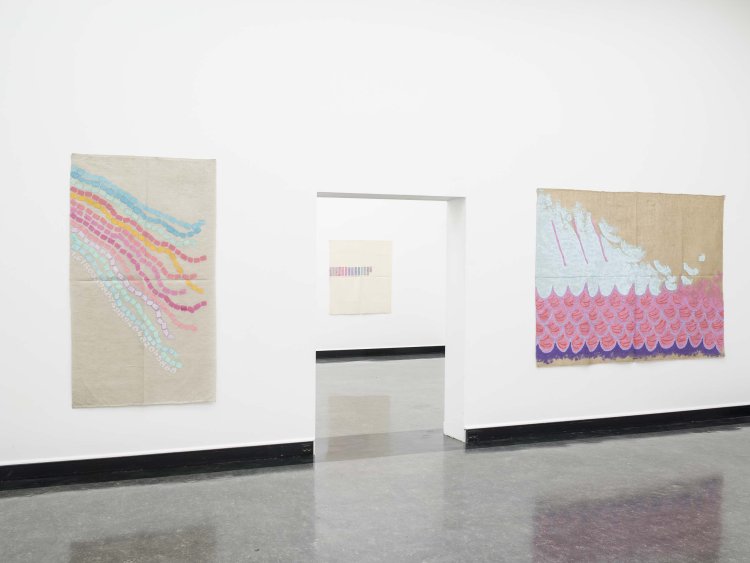 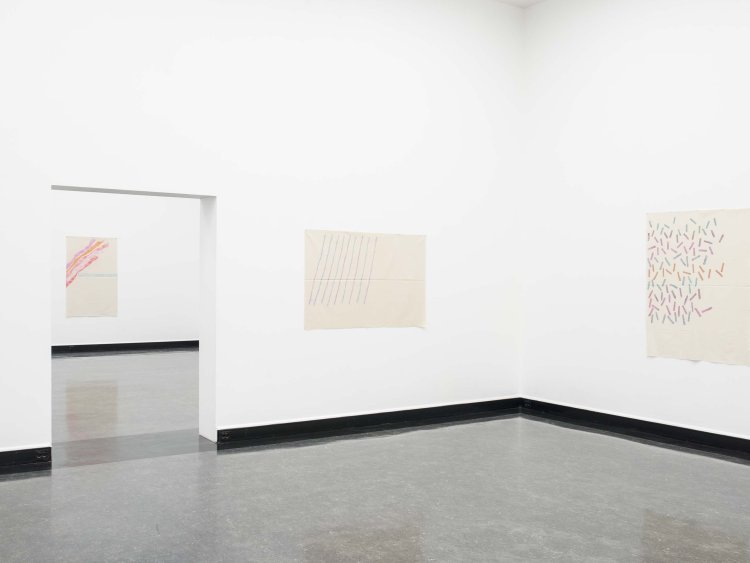 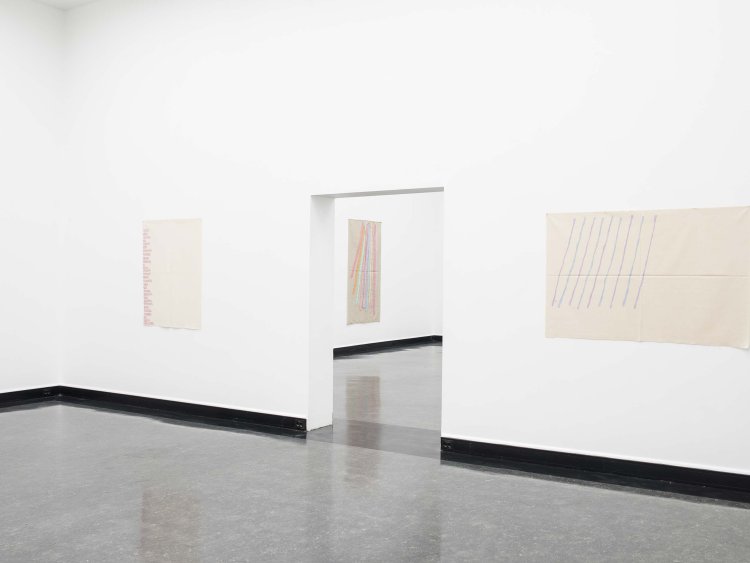 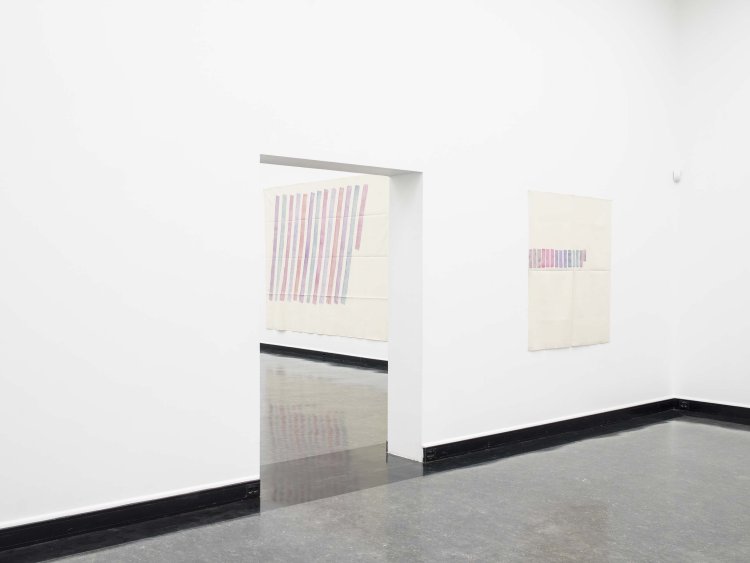 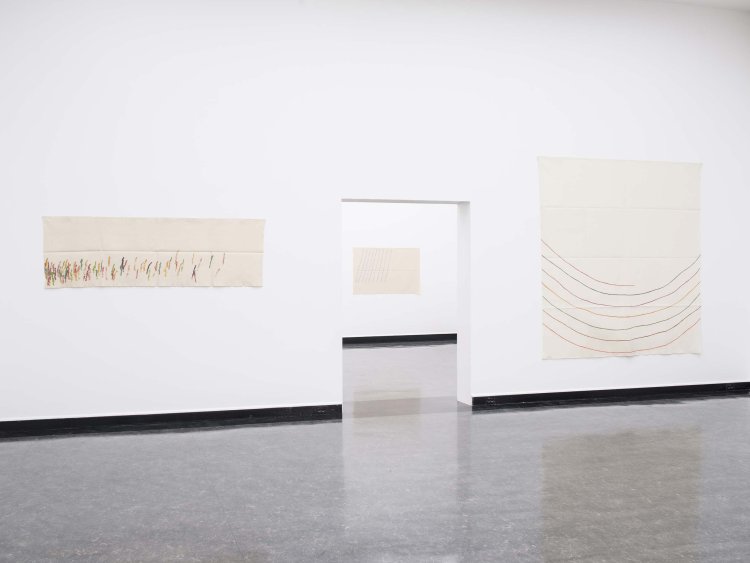 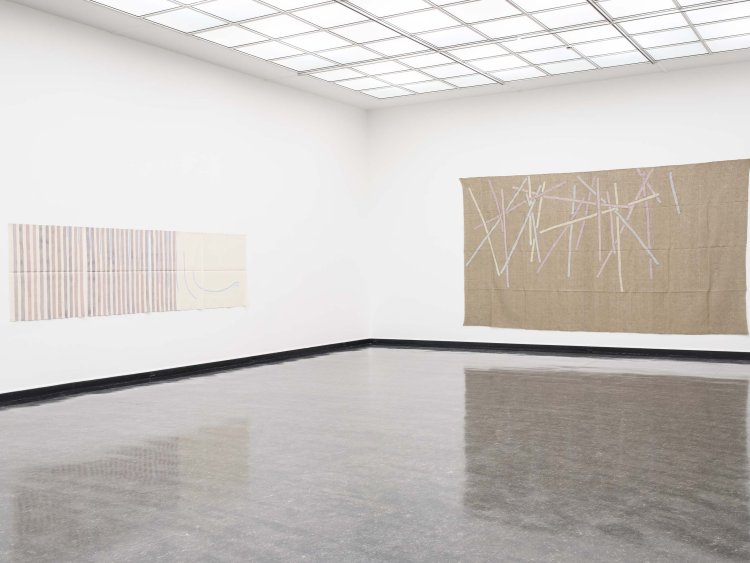 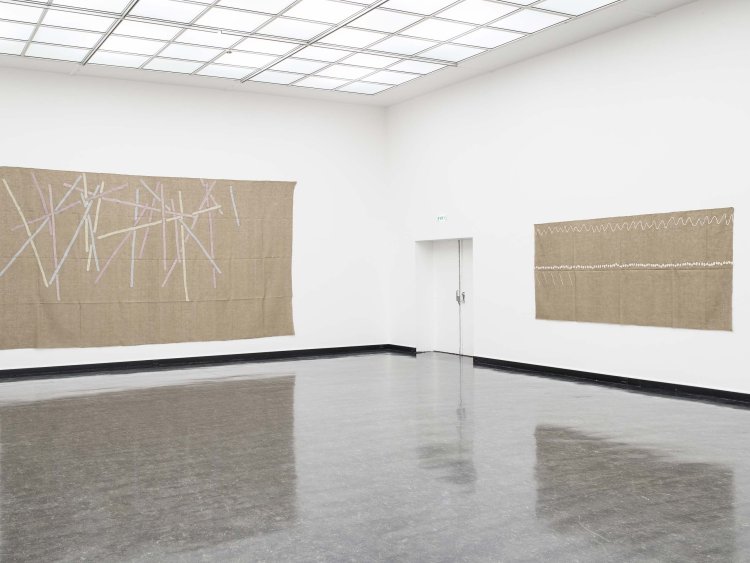 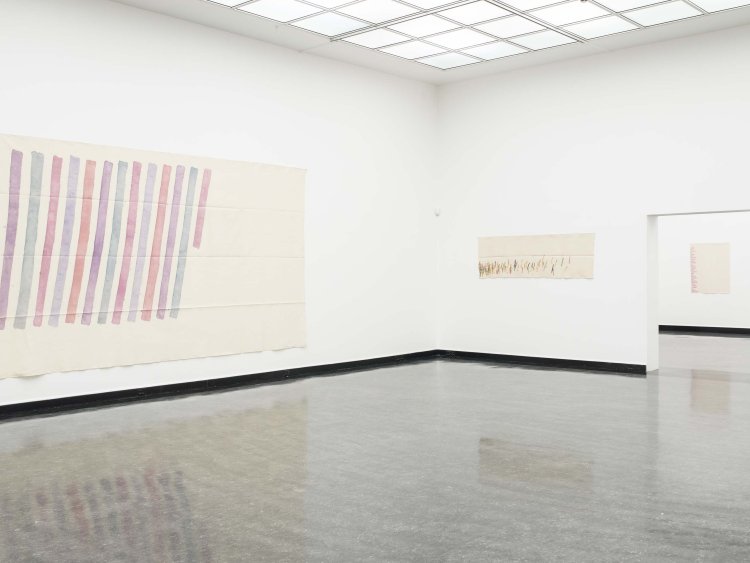 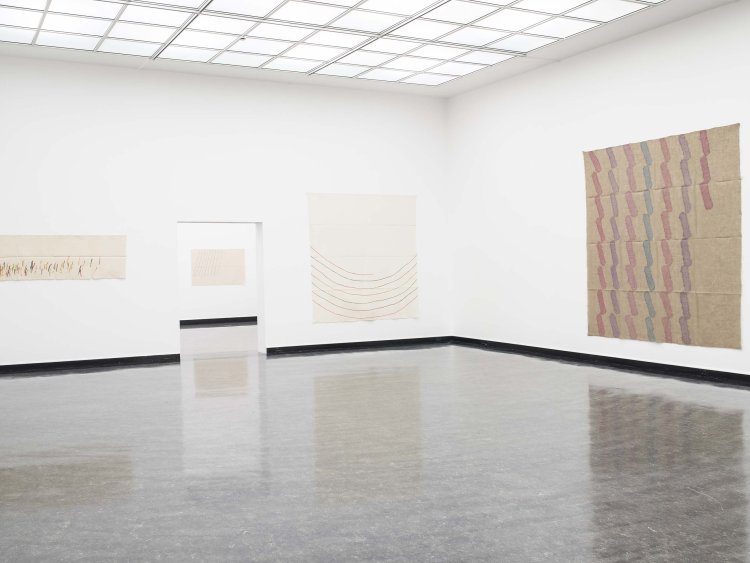 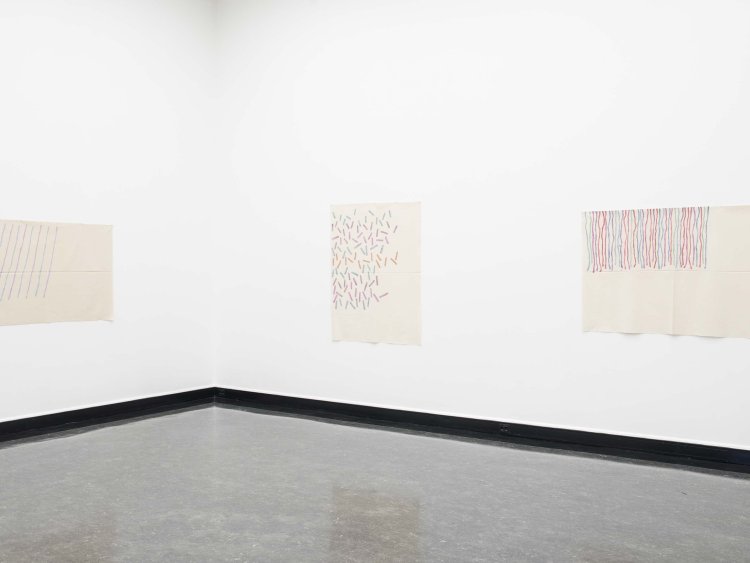