Since 2006 Bergen Kunsthall and Borealis have collaborated to present an annual exhibition project in connection with the festival period. This year the collaboration will consist of three successive projects which in different ways investigate the sonic aspects of the exhibition architecture. The series begins with Bjørnar Habbestad’s installation, to be shown in the warm-up week for the festival. Marina Rosenfeld’s piece is part of Borealis’ official opening event, while Asbjørn Flø’s installation, presented in collaboration with Lydgalleriet, takes the form of an exhibition extending beyond the duration of the festival itself.

In 2014 Borealis has chosen ‘alchemy’ as the theme of the year. With sonic transformations of the rooms of the Kunsthall the three projects relate to the transmutations of one element into another in alchemy. The ability of sound to transcend and emphasize the solid framework of the architecture enables us to experience the familiar exhibition rooms in new ways.

BJØRNAR HABBESTAD
SHADE AND SILENCE WAKEN UP AS ONE
CONCERT: 14.03.
EXHIBITION: 15.03 – 16.03.
As a visitor to Bergen Kunsthall you always first step into the middle room when you visit an exhibition. This middle room is flanked by two spaces on the left-hand side and one large space on the right-hand side. As a viewer you must thus actively choose which direction to go in to start ‘reading’ the exhibition: first in one direction, only to return the same way to get to the flanking spaces on the opposite side.

Bjørnar Habbestad exploits this ‘in medias res’ entrance to the exhibition in the work Shade and Silence Waken Up as One. Here we are placed in the middle space with no cue to move into the other rooms. Instead of experiencing the spaces physically and visually by moving through the exhibition, we stay in the middle, listening to the acoustic signatures of the spaces. By means of a multi-channel playback system Habbestad uses walls, ceiling and floor as reflecting surfaces and a sound chamber. The listener is at the centre – with the Kunsthall as a large stereo system on each side.

MARINA ROSENFELD
FREE EXERCISE
CONCERT: 19.03.
Borealis has commissioned a new work from the American composer and audio artist Marina Rosenfeld, composed for the Norwegian naval band Sjøforsvarets Musikkorps (SFMK) with the soloists Karin Hellqvist (violin) and Heloisa Amaral (piano). The work is performed on the opening evening of the festival and has been developed with the exhibition rooms of the Kunsthall as a site-specific framework for the performance. With the naval band and soloists distributed in clusters throughout the Kunsthall, Rosenfeld’s work enacts a series of open and overlapping structures and simultaneities that borrow elements of form from two films that interpose music and uniformed bodies: the Marx Brothers’ Duck Soup, which evokes a fictional dictatorship, “Freedonia,” on the path to war, and Claire Denis’ Beau Travail, in which French Legionnaires perform training exercises in East Africa. Sightlines and acoustics are further obstructed by an architec¬tural intervention, developed in collaboration with the Bergen School of Architecture, in the form of a specially designed dampening wall in the second gallery. As in her previous works, Rosenfeld takes an iconoclastic approach to the distribution and identity of sounds and players, staging a complex of intimate and remote listening points and distortions.

ASBJØRN BLOKKUM FLØ
DOPPELGÄNGER
OPENING 21.03.
EXHIBITION 22.03 – 30.03
Asbjørn Blokkum Flø’s audio installation uses a different spatial axis in Bergen Kunsthall’s architecture. The Kunsthall’s largest exhibition space is mirrored by the café Landmark. In Flø’s work the sound is transported from Landmark over to the exhibition space, and links the two parallel but physically separate spaces. The title refers to the idea of the Doppelgänger, a phenomenon with a long tradition in both fiction and folklore. In the work the disorganized sound is moved from a social space (Landmark) over to a more contemplative art space, where the sound from Landmark is presented in manipulated, analysed form – as an abstracted, sonic version of the real world. The sound is played back through a group of large metal objects placed in the exhibition space. Depending on the activity in Landmark, the metal surfaces will sound in different ways at different times of the day – in a continual interaction with the activities in the café – and as an acoustic image of the actions that are played out there. 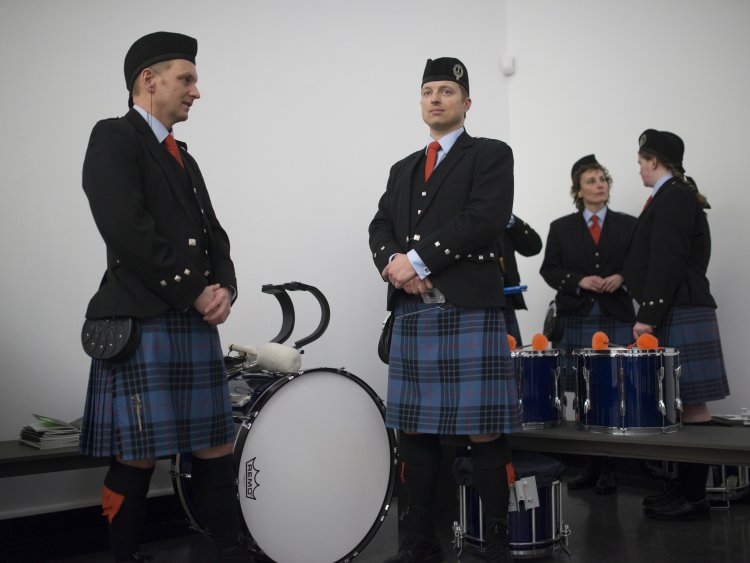 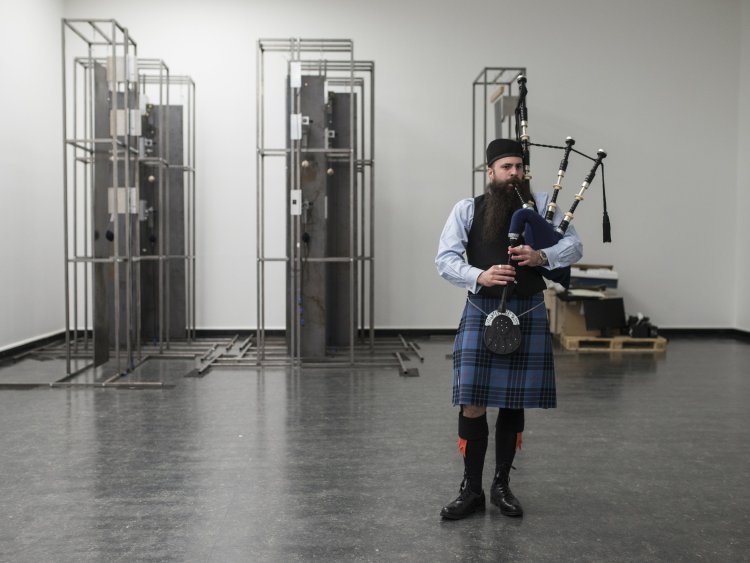 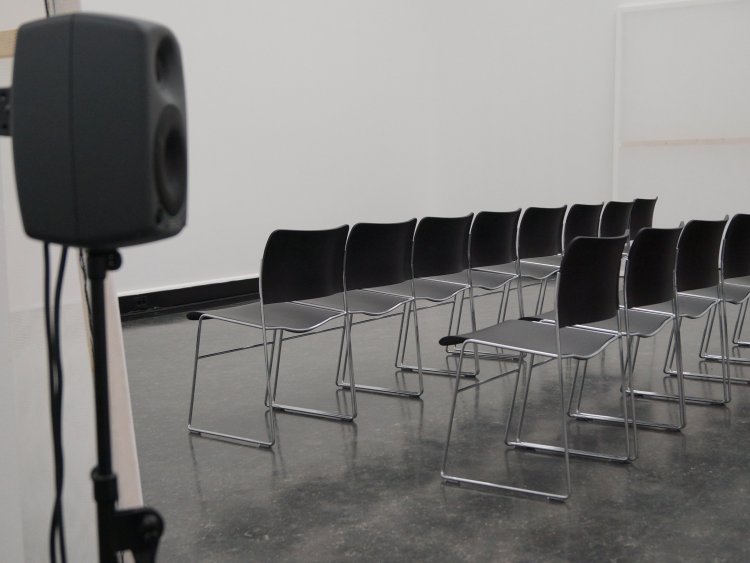 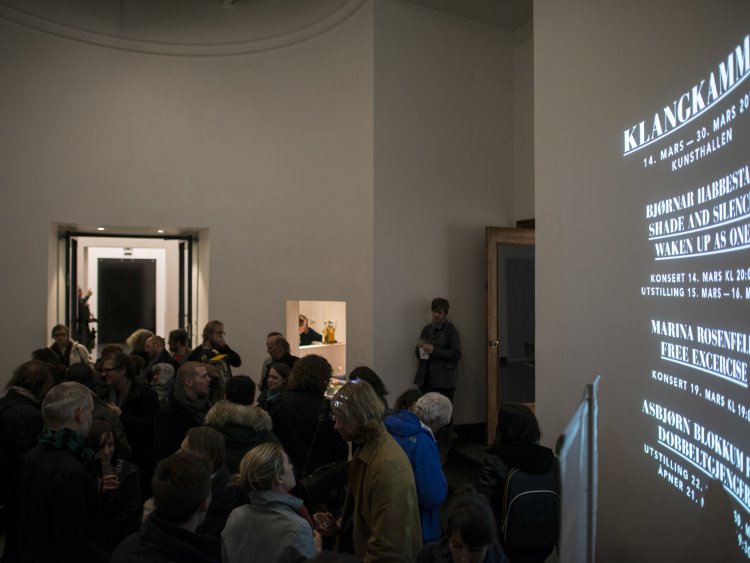