Julia Wachtel’s paintings deploy a repertoire of images drawn from everyday popular culture which she variously appropriates, and transforms. Wachtel is often linked with the so-called ‘Pictures Generation’ in the American art of the 1980s, in which the critical appropriation of the imagery and languages of popular culture was a common denominator. Her paintings from that period still make an unusually pointed, complex impact with their analysis of the ‘society of the spectacle’ as manifested in full flood in the mid-1980s. With this exhibition, Bergen Kunsthall presents selected works from Wachtel’s solo show at the Museum of Contemporary Art, Chicago, in 1991, where two central groups of work from the artist’s production on the threshold of the 1990s, were presented.

The series Emotional Appeal (1986) brings together two very different but equally stereotypical figure groups. The first, Wachtel’s frequently used vocabulary of caricatured, grotesque cartoon figures, taken mainly from greeting cards of the period, is combined with images of statues and masks drawn from so-called ‘primitive’ cultures. Emotional Appeal is almost perversely humorous, while at the same time its level of garish superficiality is uncomfortably disturbing. Through this explicit juxtaposition Wachtel de-historicizes both figure groups. The heterogeneous materials emerge as image-products that treat cultural stereotypes, and apparently fundamental human emotions, on an equal footing.

This deliberate mix of the critical, the ambivalent, and an engagement with human psychology, is also evident in the series Landscapes, which Wachtel began in 1991 and which continue to this day. In these works the familiar cartoon figures again appear, but now in combination with topical photographs taken from mainstream news media. In these works the hysterical figures function as symbolic, and at times almost hysterical, comments on the religious, cultural, ideological or political themes represented in the news photographs, simultaneously amplifying and undermining them.

This exhibition re-presents part of Julia Wachtel’s solo show at the Museum of Contemporary Art, Chicago, Spring/Summer 1991. It is accompanied by a new text by Bob Nickas. Julia Wachtel (b. 1956) lives and works in New York.

In NO.5 Bergen Kunsthall revisits selected artworks and exhibitions, previously presented elsewhere in the world. Initiated in response to the increasing acceleration of both the production and reception of art, NO.5 provides an opportunity to slow down, focus on, and look again at particular works, exhibitions or fragments of exhibitions. Bergen Kunsthall will commission a new critical text to accompany each of these re-presentations. 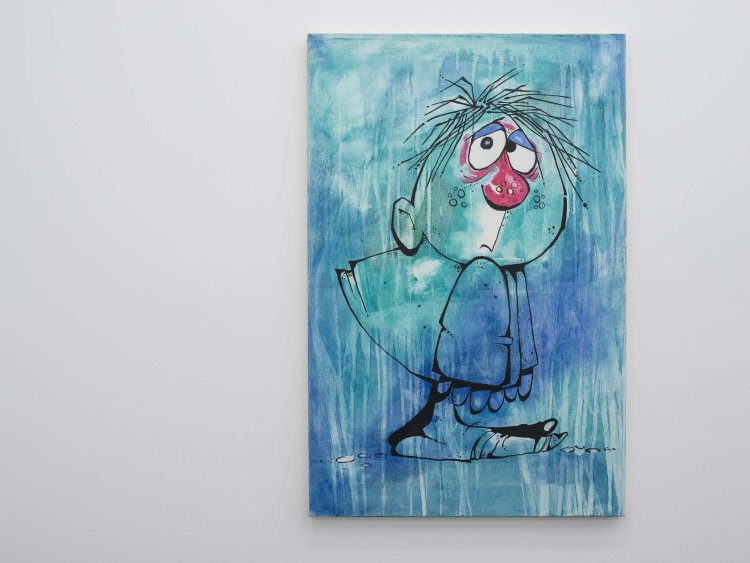 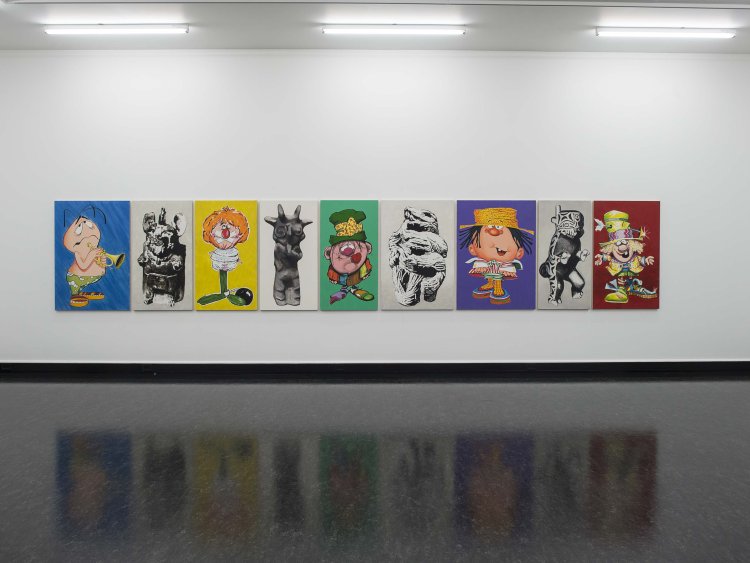 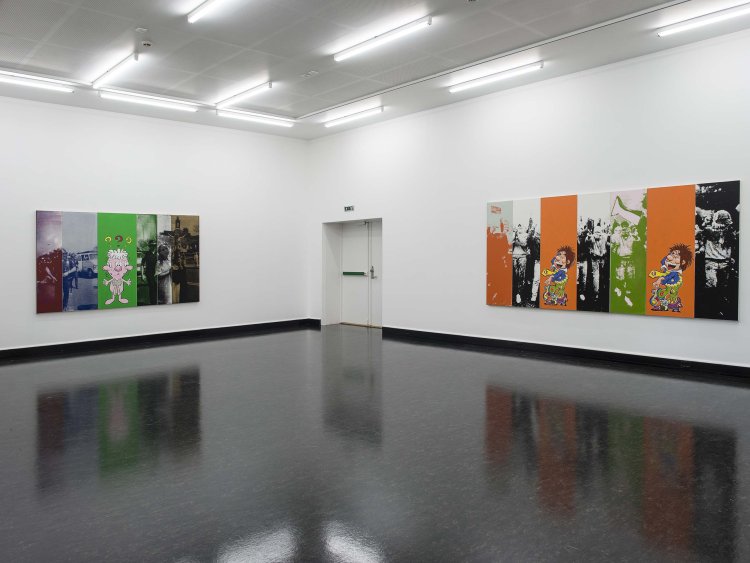 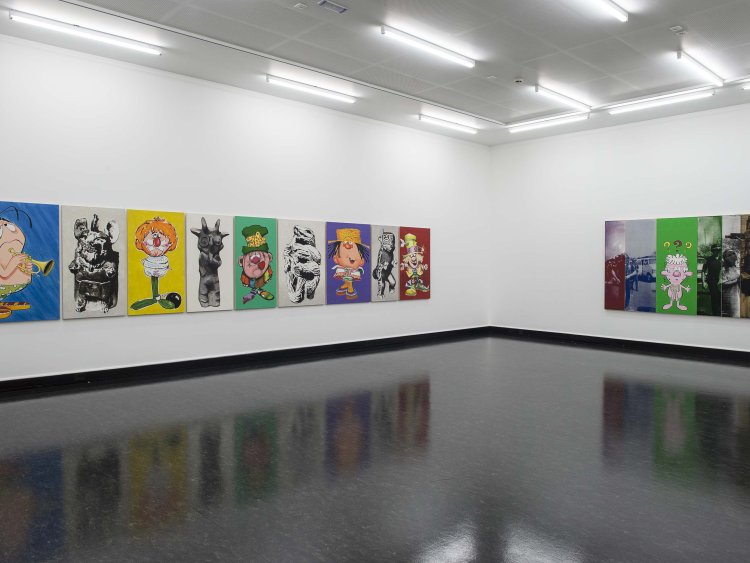 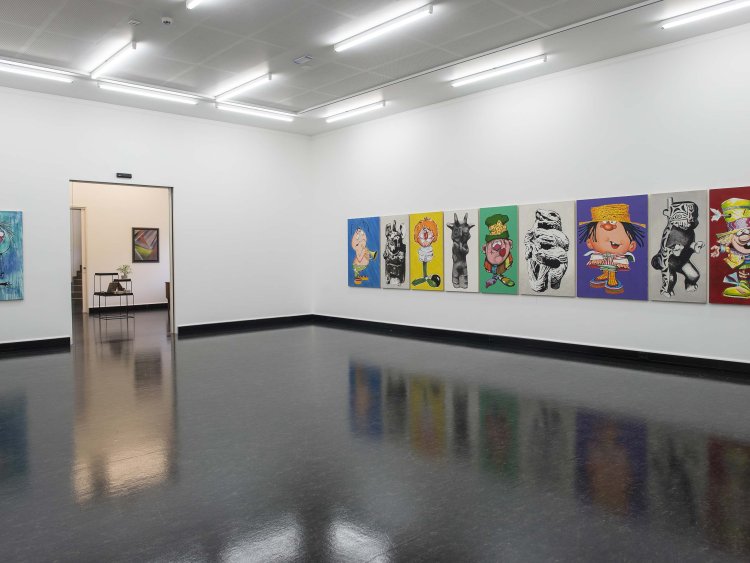 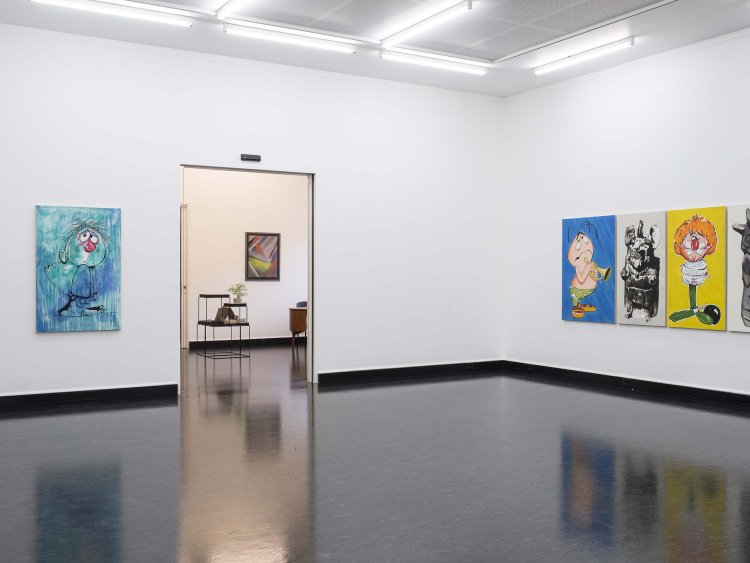 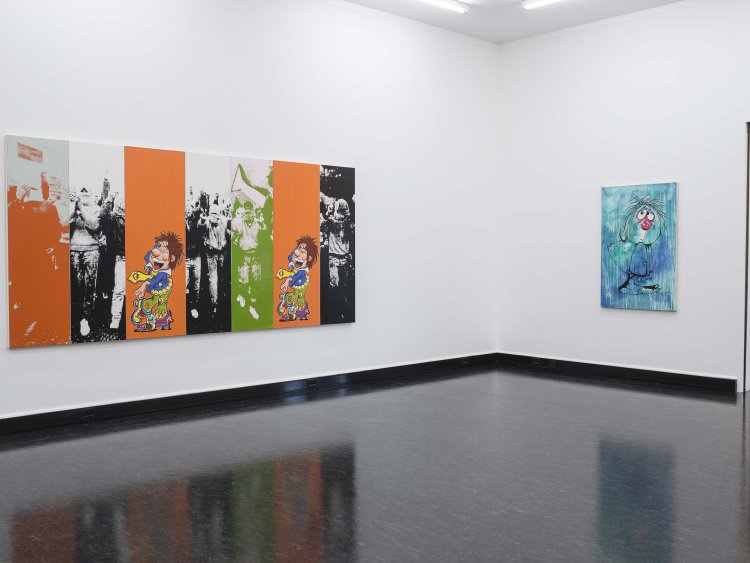 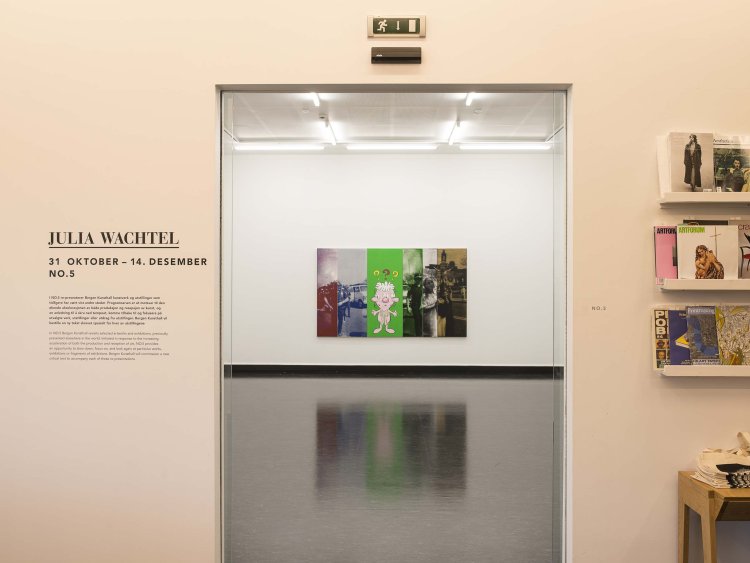