Alexander ‘Xanti’ Schawinsky was a first generation Bauhaus artist who studied in Weimar under Oskar Schlemmer, László Moholy-Nagy and Walter Gropius during the late 1920s. Originally trained as an architect, Schawinsky’s prolific work encompassed a range of social and political investigations, and included painting, graphic design and experimental photography. He was also deeply engaged in the Bauhaus’ theater workshop, as a set and costume designer, creator of performances, actor and musician.

A Swiss-born, Polish Jew, in 1936 he fled Nazi Germany, moving briefly to Milan before joining Josef Albers as a teacher at the Black Mountain College in North Carolina, and then settling in New York.

This exhibition – which was originally presented at The Drawing Center, New York in 2014 – focuses on two bodies of work that Schawinsky made in the US between 1941 and 1946: “Faces of War” and “the Head Drawings”.

Faces of War is a series of Arcimboldo-like images of man-machine hybrids that might represent either an aggressive enemy or a powerful avenger — or perhaps an identity that encompasses both. Made during the year that the US declared war on Germany, their break from the utopian optimism of the early Bauhaus fascina- tion with man and machine reveals the existential struggle of an artist coping with his own identity and the devastation of the war.

The Head Drawings, by contrast, appear more classical in nature, but they
too evoke a powerful fragmentation of the subject. Schawinsky assembles his delicate trompe l’oeil portraits through various materials and matter, both man-made and natural – an attempt perhaps to reimagine and remake himself in the face of the shattering experiences of World War II.

Xanti Schawinsky: Head Drawings and Faces of War is made possible by the support of The Kind World Foundation, the Swiss Arts Council Pro Helvetia, Daniel Schawinsky and the Xanti Schawinsky Estate, and Fiona and Eric Rudin. Special thanks to Anke Kempkes and BROADWAY 1602.

In NO.5 Bergen Kunsthall revisits selected artworks and exhibitions, previously presented elsewhere in the world. Initiated in response to the increasing accelera­tion of both the production and reception of art, NO.5 provides an opportunity to slow down, focus on, and look again at particular works, exhibitions or fragments of exhibitions. Bergen Kunsthall commissions a new critical text to accompany each of these re-presentations.

Xanti Schawinsky: Head Drawings and Faces of War was first shown at The Drawing Center, NY, during fall 2014, curated by Brett Littman. For this exhibition Bergen Kunsthall has commis­sioned a new text by Milena Høgsberg. 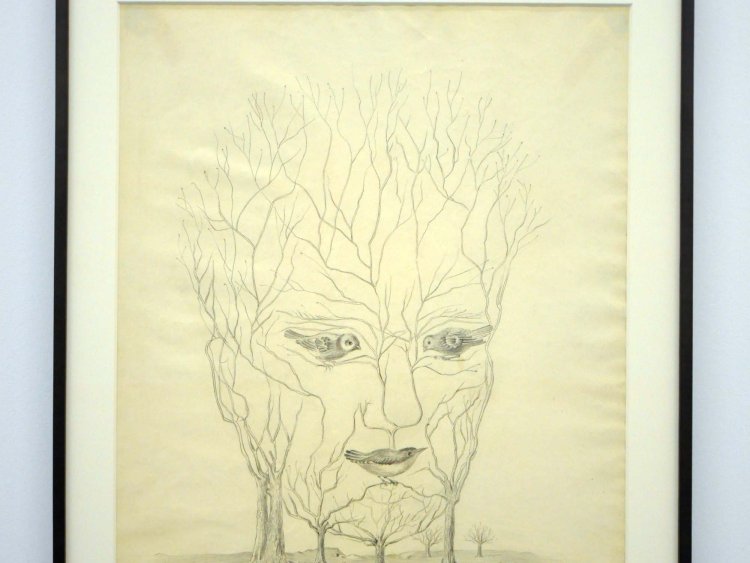 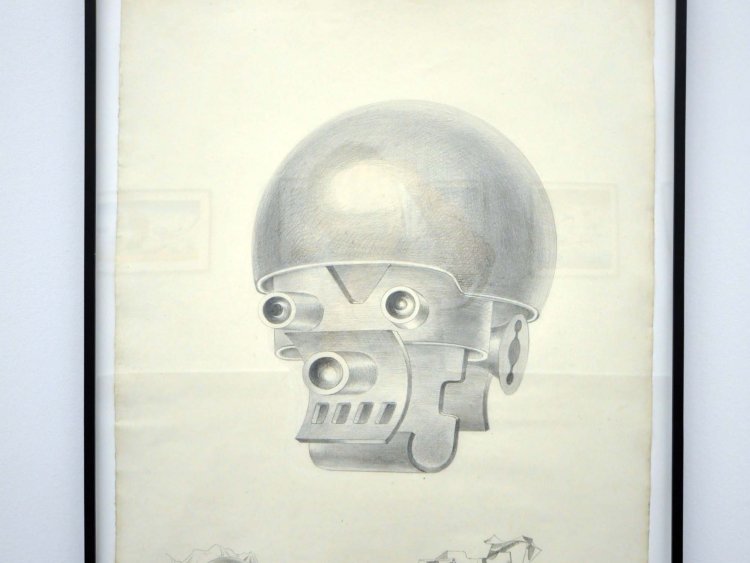 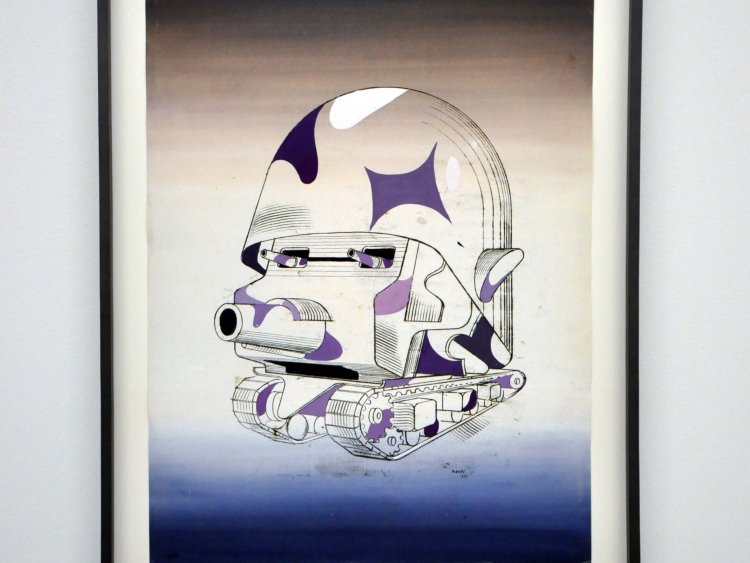 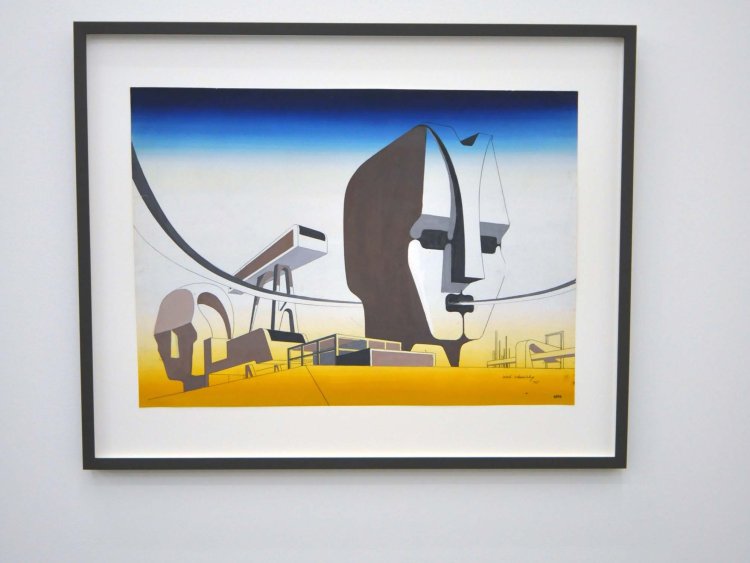 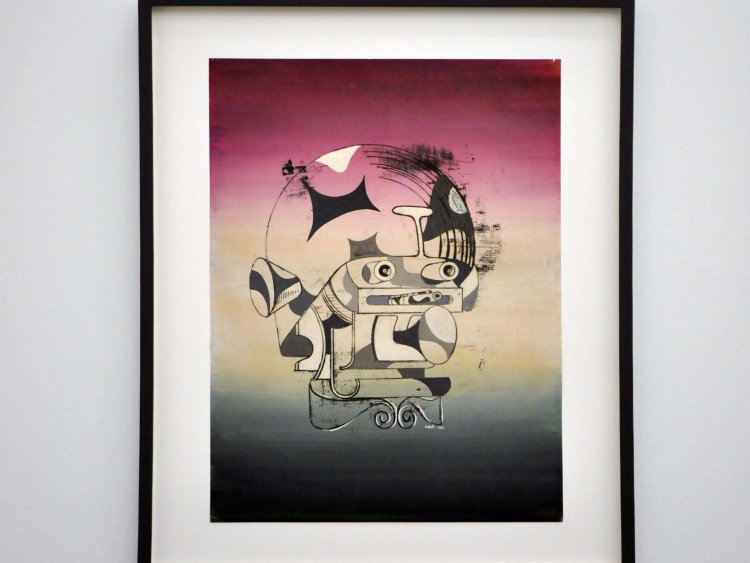 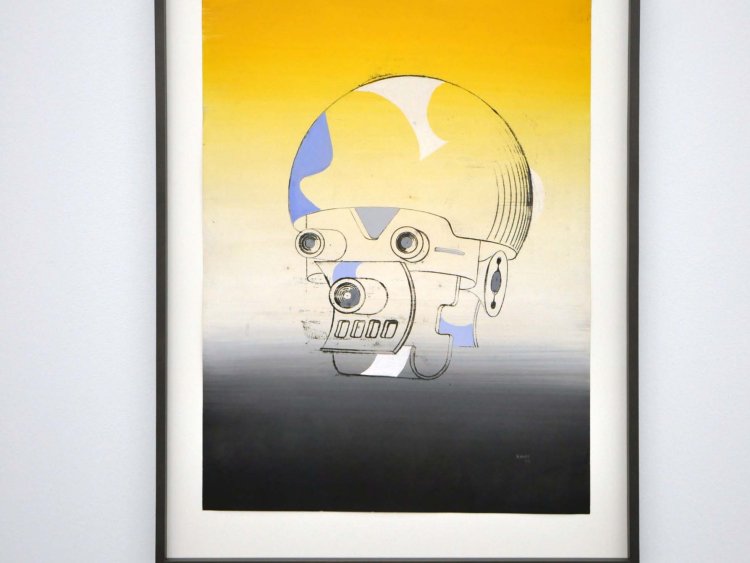 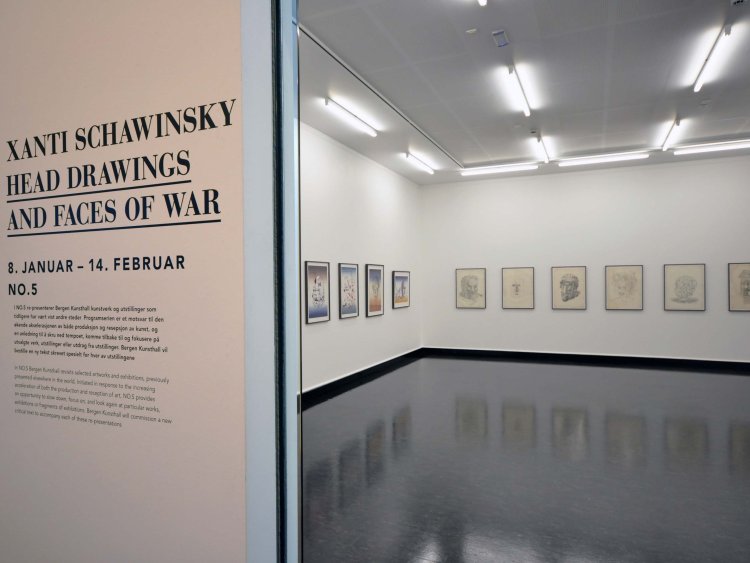 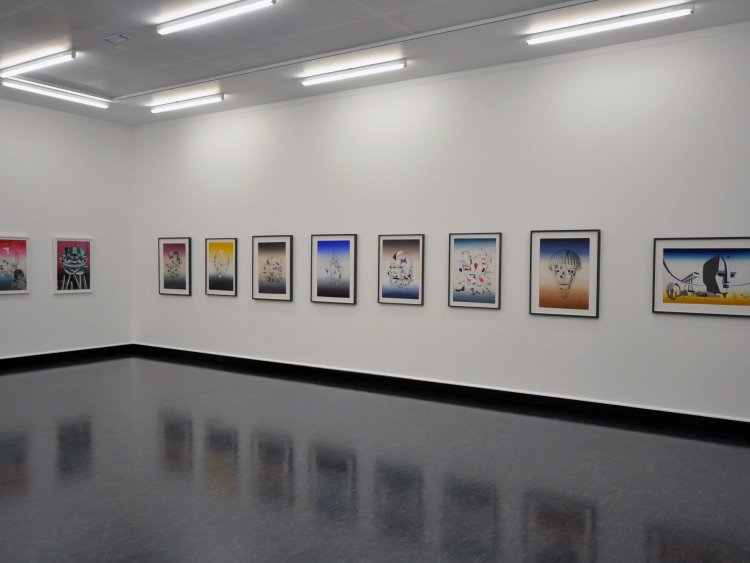 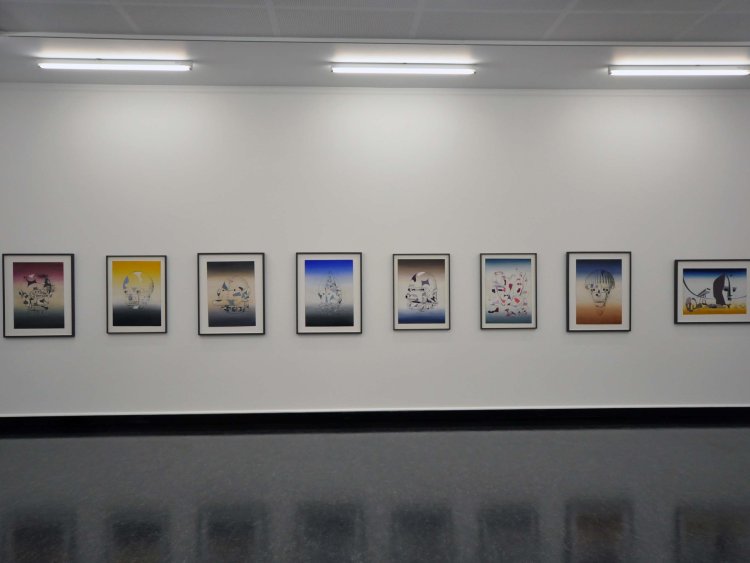 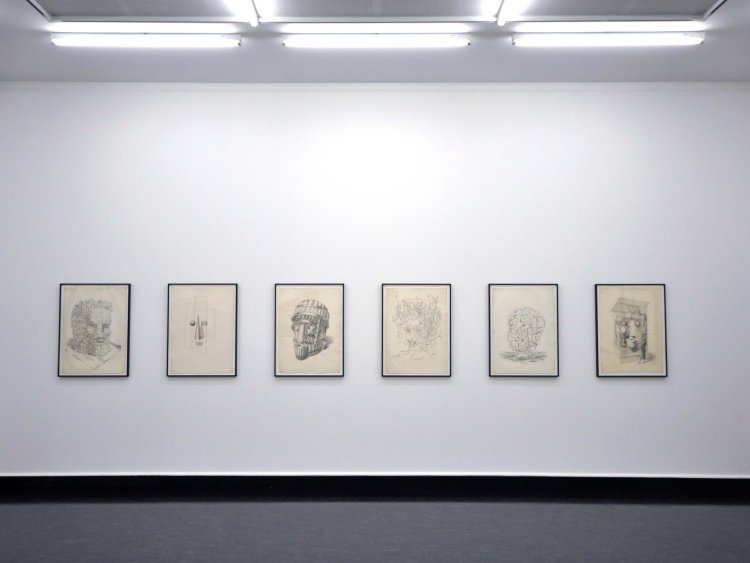 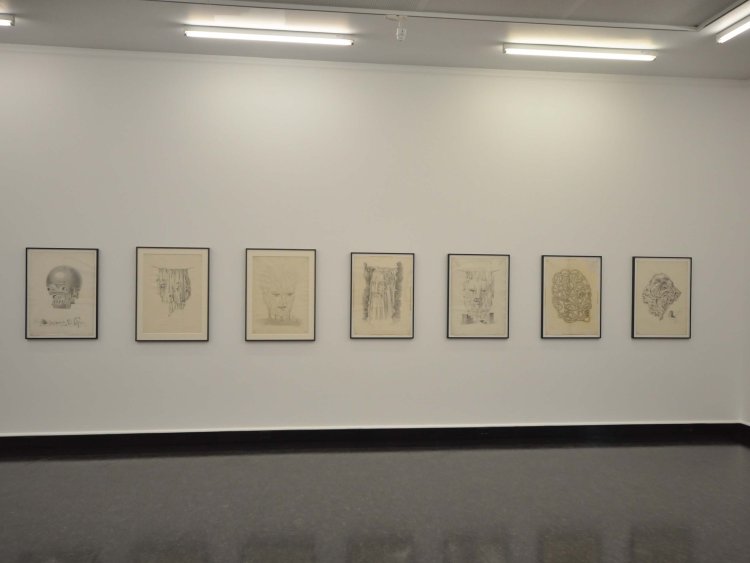 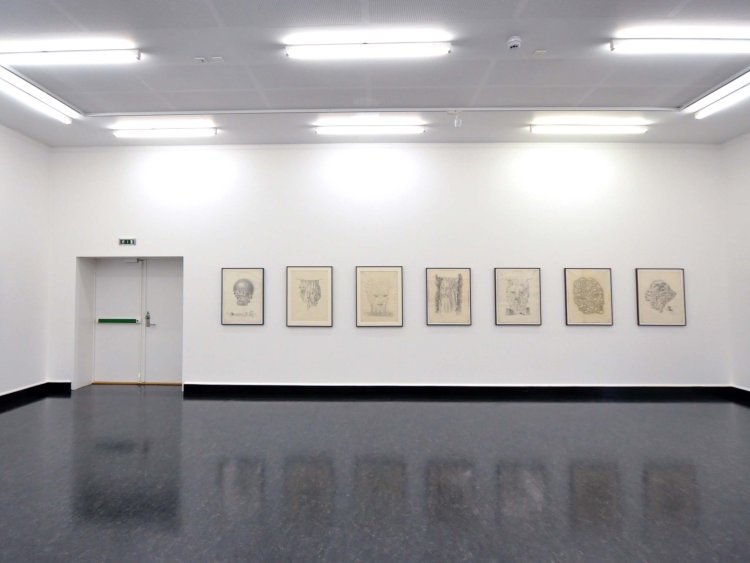 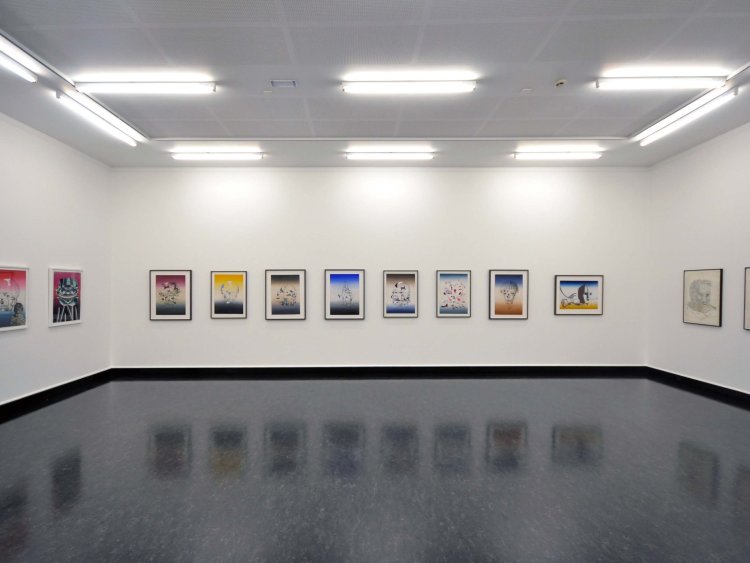 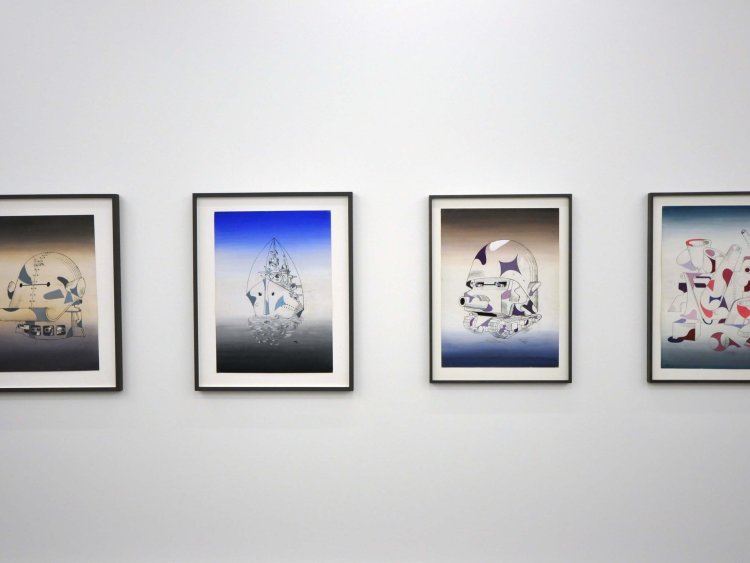 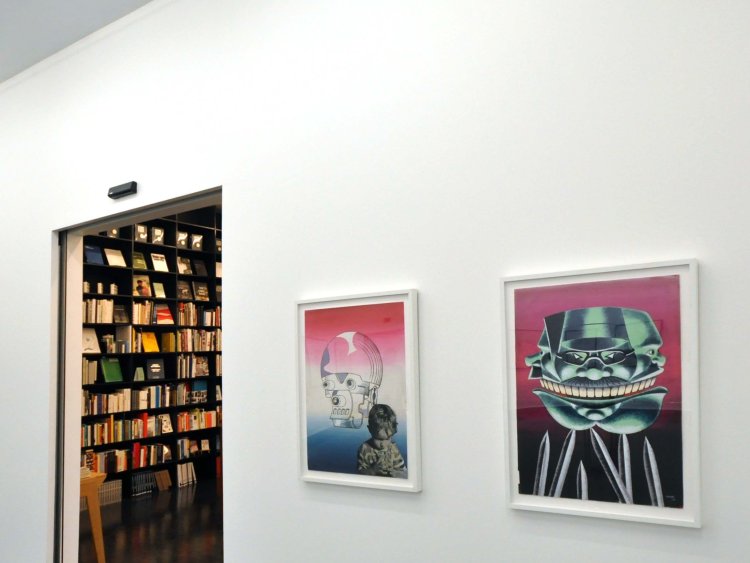 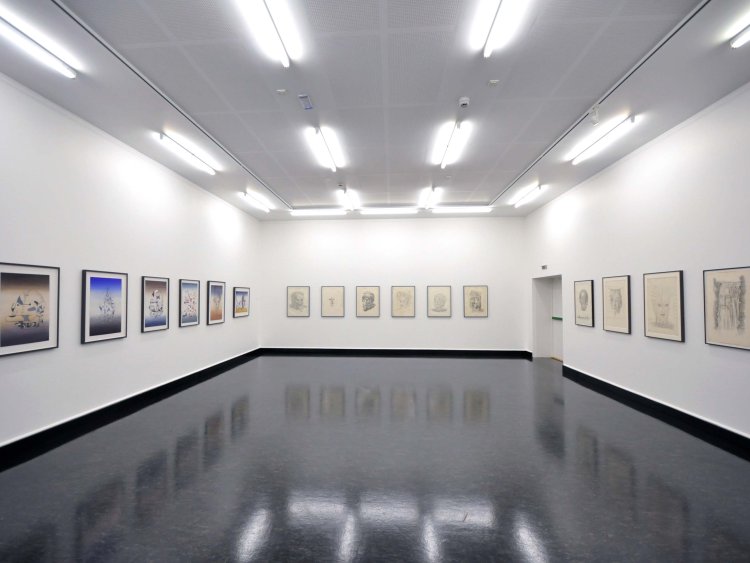