BergArt have this year chosen the subject Game as the main theme for the different arrangements and events within the festival. In connection to this Bergen Kunsthall present Game Dump in cooperation with The University of Bergen and Ekko Fest.

The project Game Dump will focus on art which uses computer game technology, and consists of an international conference at the Institute of Information and Media Science, an art exhibition and an electronic music festival. The exhibition will give an insight into how artists use semantic, aesthetic, psychological and interactive elements from computer-game technology to develop new conceptual expressions in art.

Today the computer-gaming industry earns more money globally than ticket sales for Hollywood films. In Norway, computer-games sales and distribution are worth about four million kroner annually. For the younger generation computer-games are just as an important cultural influence as film, music, fine arts and other media. At the same time it is largely considered irrelevant and harmless by the cultural elite. This assumption is challenged by using computer-games technology as a starting point for artistic and political expression.

Parallel to the development of computer technology, contemporary art has evolved to include the categories of technological art, media art, computer art and digital art.
The use of technology within art has not been without its problems, in many cases being accused of one-sidedly representing a mediums technical possibilities rather than communicating conceptual content. This issue is of particular significance to Game Dump where the question of artistic relevance is constantly in the background.

Game Dump focuses on media art based on computer-games. It features artists who specifically use the computer-game platform to illuminate social, political and philosophical themes. The computer-game technologies´ complex stimulation of the senses and ability to control one´s sense of reality is something that artists make use of to establish and create new communicative spaces with new conceptual content. The traditional art spectator becomes an interactive user within the limits of this system, where the borderline between artistic exploration and entertainment is constantly blurred and uncertain. Through this exhibition we wish to make visible a rather inaccessible field of art and to present the artist-modified game genre as a powerful and significant avenue for political statement and social comment. At the same time the gaming technology itself is critically analysed through works that explore the impact of this wide-ranging cultural phenomenon.

The exhibition will, among other things, present examples from the genre mod games. In this genre, computer games that are originally commercial, are then modified by the players themselves, a process that many international artists have used to create their own virtual reality. One example is Escape from Woomera. By placing the players in a refugee camp The Street Survival Team focus on the strict refugee and immigration policy in Australia.

Other works shown are within the Machinima genre, consisting of pre-recorded sequences of artists´ 3-dimensional worlds built with modified game generators. Feng Mengbo has worked with this for several years. By placing himself, the artist, as a central part in the games and films, Mengbo discusses concepts such as online identities and rolepaly. Further immaterial production in a virtual world is explored through the project Objects of Virtual Desire. “Objects” are loaded with emotional value that follow the product when it’s materilized and put out for sale. The exhibition will also present games produced in cooperation with local collaborators, where current topics and events are put into a new context.

Game Dump is part of Hybrid Productions, an ongoing series of exhibitions and collaborative projects produced by Bergen Kunsthall until 2007. Hybrid Productions focuses on the borderlines of fine art through presenting productions based on collaborations between artists, cultural groups and other institutions.

This exhibition is produced by Bergen Kunsthall. 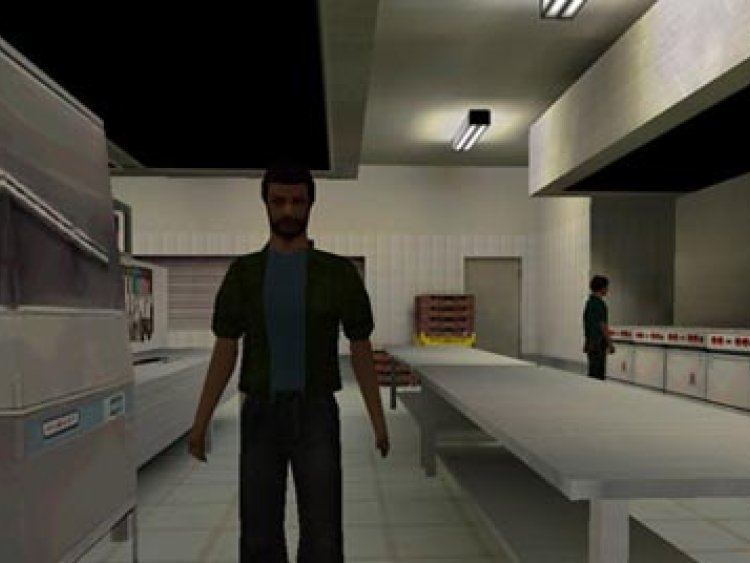