Some collapsed soda pop boxes, an avocado, a small grass mat, newspapers, adhesive labels from various fruits, receipts, returnable plastic bottles, stones, plastic bags, lettuce leaves, paper towel dispensers, apparently forgotten, randomly discarded garments: all these are examples of things that may be included in Gabriel Kuri’s sculptures. The elegant and poignant compositions very often combine precise and exquisitely designed objects with natural materials and industrially manufactured everyday items. Kuri’s oeuvre is very much about the possibilities of sculpture as an art form, both formally and materially – but also semantically and associatively.

Bergen Kunsthall’s exhibition with Gabriel Kuri will be held at Bergen Public Library. The library system is about information and education. Libraries are meant to preserve, but also to share and make available our accumulated knowledge and common cultural heritage. As such they encompass a whole world in their collections – materialized and archived in the form of physical objects (usually books, but also documents, films, music, computer games and much more). The huge volume of information is gathered in an ever-growing accumulation that must be handled, catalogued and systematized for continued preservation in the future.

In Gabriel Kuri’s work, too, there is a continual cataloguing and organizing of objects and information. For Kuri, though, it is his very own, self-defined systems that underlie the juxtaposition of different objects. In one work, for example, he has sorted a large number of receipts by size into special heaps, a system that becomes absurd compared with the verifiable filing system of a bookkeeper. In another work he has organized a number of utility objects by criteria such as whether the thing is wrapped, whether it is made of wood or plastic, whether it is in one piece or put together with several pieces, etc. These ordering principles may be unconventional, but in fact make up distinct and internally coherent systems. Kuri shows how most of the things in the world are defined by context-dependent conventions of use. By loosening the frameworks around these conventions, or bringing the objects into his own self-defined systems, he puts the meaning-content of the individual objects into play in new ways.

Gabriel Kuri’s works can often be seen as tokens of exchange. They can represent monetary systems, or commerce and the action of trade in the most tangible manner. Kuri’s works emphasize the temporal aspect that is embedded in the perishability and conversion of these things, but he also exploits their materiality sculpturally and formally. Empty containers, packaging or remains of the actual act of purchasing: receipts that remain after the financial transaction has been completed; adhesive labels that are removed from the apple before it is washed and eaten; plastic bags that the goods are carried in on the way home from the shop; or the plastic bottles that only exist as containers for the true product (the mineral water inside). These are all some of the things that surround us all the time, but which often only spend a brief moment in our hands before being sent on into a system for waste disposal or recycling. Kuri’s artistic raw material tends to be made up of tangible remains of abstract systems and social cycles (for example the non-material character of the economic system in a late capitalist society).

In the library the architecture itself, the furnishings and the apparatuses that fill the building are similarly materializations of overarching abstract systems. In order to navigate in the large collection of information we need physical arrangements like shel¬ving systems, signs, filing cards, copying machines and machines for registering loans. The building`s internal structure constitutes a kind of systematization through its division into different departments and thematically ordered sections.

Gabriel Kuri develops his exhibitions with considerate sensitivity to the place in which the artworks are located. In his project for Bergen Kunsthall he will create an exhibition especially for Bergen Public Library. For a limited period the library will constitute Bergen Kunsthall’s temporary exhibition space. Kuri’s distinctive works will transport the Kunsthall to the library, while at the same time they will exist as an extended part of the library itself – not only spatially by being placed within the building, but also by coexisting in conjunction with the library as system, collection, social meeting place and institution.

Please visit our information stand on the 1st floor of the Library for checklist and more information.

The exhibition has been produced by Bergen Kunsthall. Presented in collaboration with Bergen Public Library. 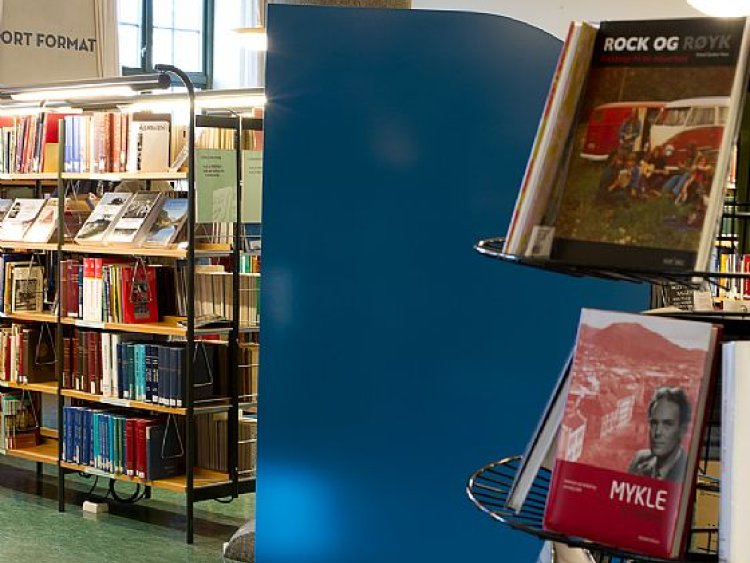 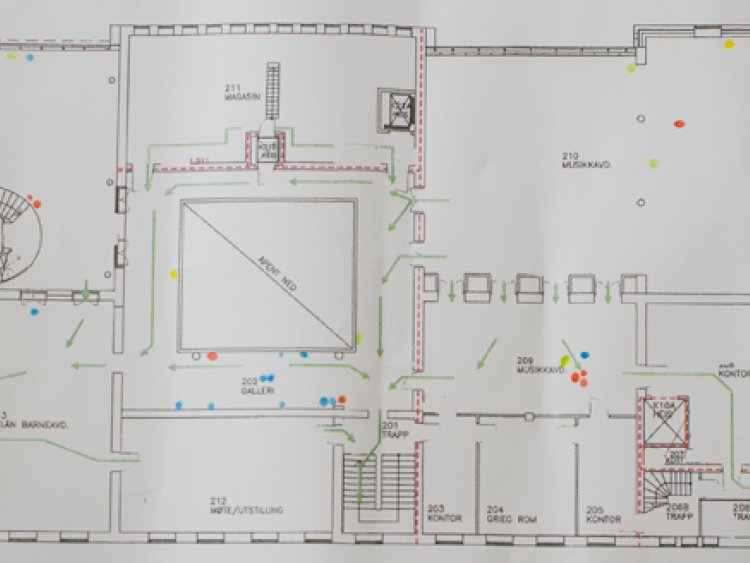 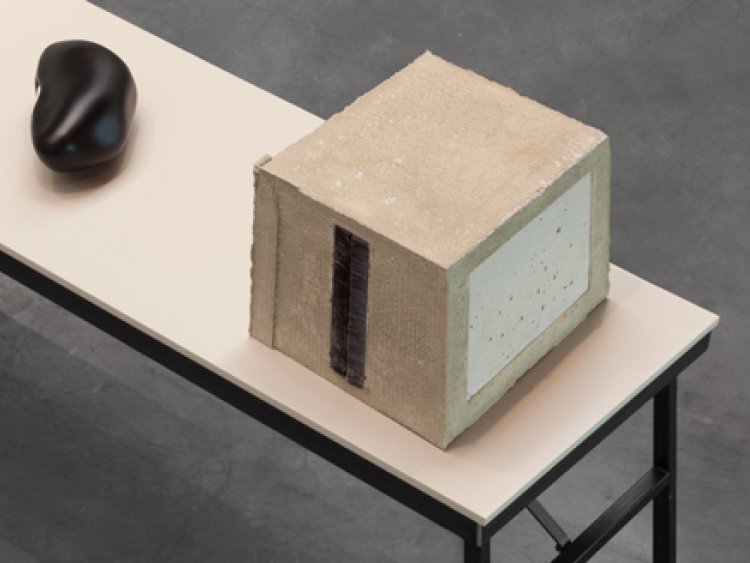