Bergen Kunsthall opens its 2019 exhibition programme with a new exhibition by German artist Peter Wächtler. The exhibition presents a large body of new works created for the show, in conjunction with a recent large-scale video installation.

In an early film, Untitled (2013), a cartoon rat sleepwalks into a comically shabby attic, is hit by a falling bowling ball on the way to bed, sleeps, then puts back the bowling ball and leaves, only to return a few moments later, repeating the same actions in an endless cycle. The film is accompanied by the voice of the artist reciting a list of titles or summaries that all start with “How I…”, each recounting a memory, an anecdote or a made-up scenario that could introduce a story: “How I had dinner with a good-looking woman in a restaurant and I paid for everything.” “How I sent a new passport photo to my insurance company.” Wächtler’s stories play on tensions between pathos and irony, between the formal conventions of genres and emotional expression. What appears as introspection is a calculated tool for observing desires in all their conventions and constraints, of tradition, social context and power relations.

For his exhibition at Bergen Kunsthall, Wächtler will assemble a series of distinct spaces, each presenting a group of works that (literally) inhabit the rooms in the shape of different characters. A group of animals and mythological creatures, in the form of sculptures and drawings, all share the gesture of casting a shadow on themselves, or veiling themselves, as if to protect them from a gaze, in dancing motion or with the self-absorption of a hermit. The video Untitled (Clouds) (2018) features a lonely dragon with a straw hat gazing across a dried wasteland in front of colourful cloud formations. The silent images are accompanied by a text in the subtitles, which reports on considerations and reflections, executed in a rambling style. We follow complaints, insecurities and hubris, borrowing in hints and ironic paraphrases from a variety of popular sources, while the creature, like many of Wächtler’s protagonists, keeps going. The works create an ambiguous relationship with acts of progression or withdrawal and offer reflections on human subjectivity in all its complexity.

During the exhibition, a new artist book by Peter Wächtler will be published with a collection of works comprising drawings and text contributions by among others John Kelsey and the artist. Designed by Boy Vereecken.

Peter Wächtler lives and works in Brussels and Berlin. 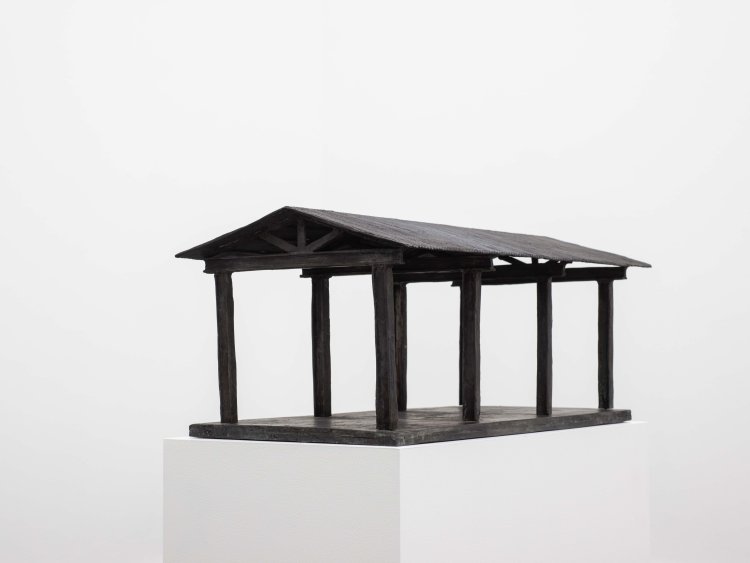 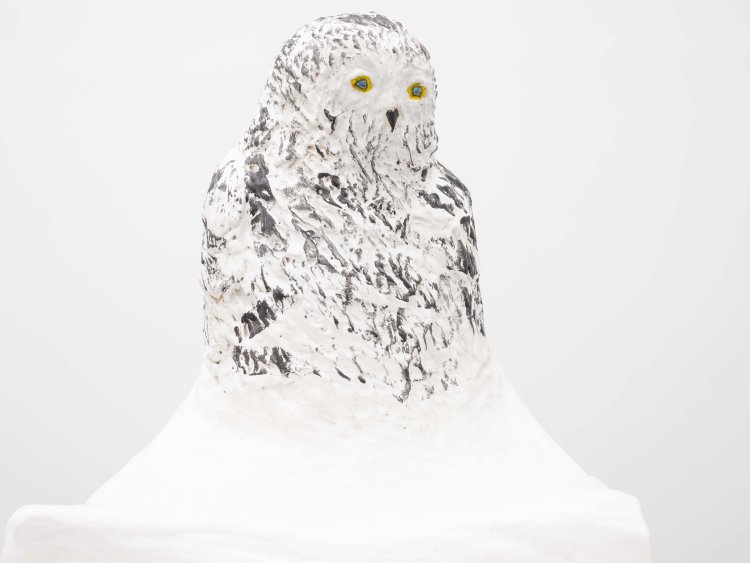 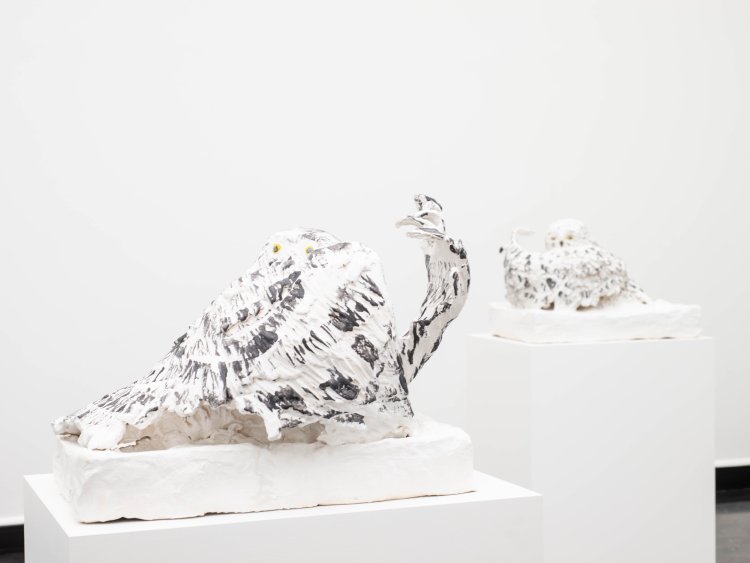 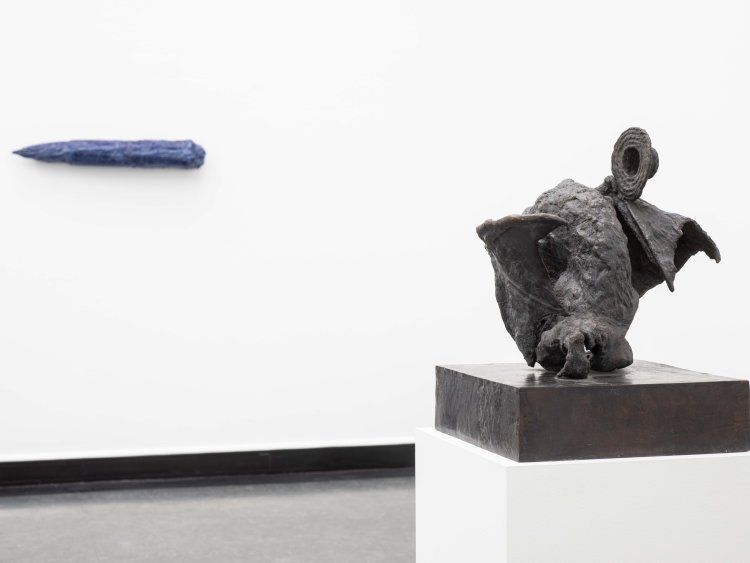 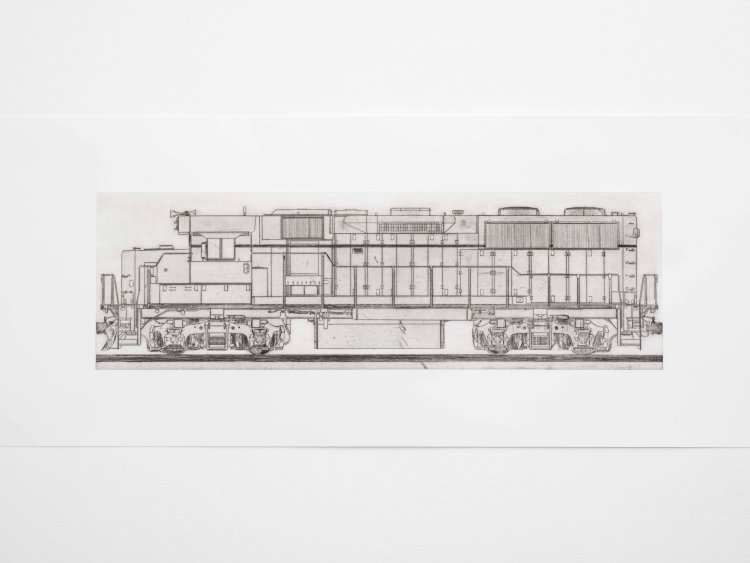 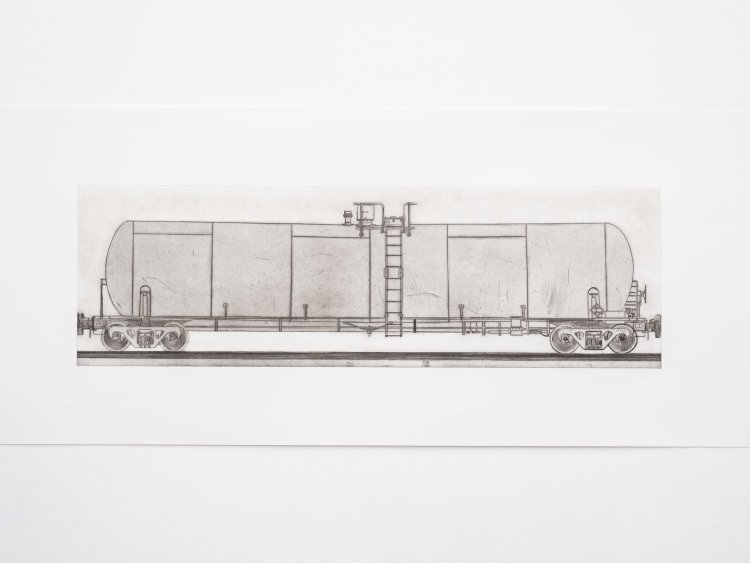 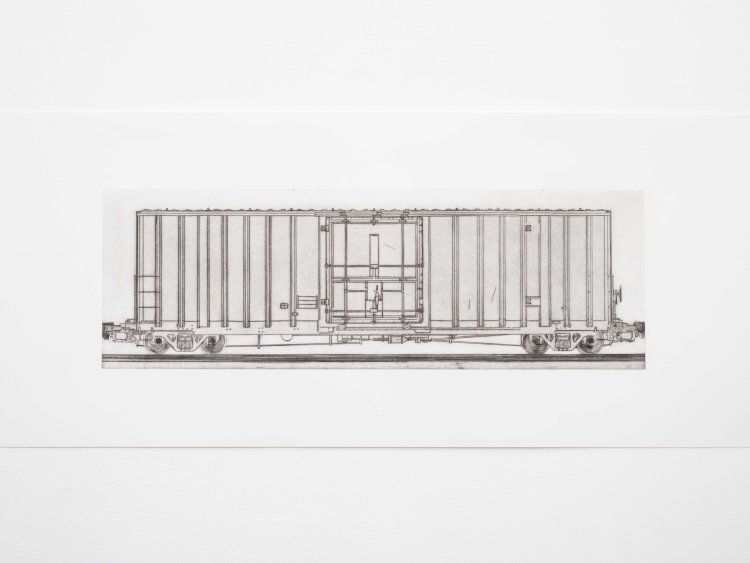 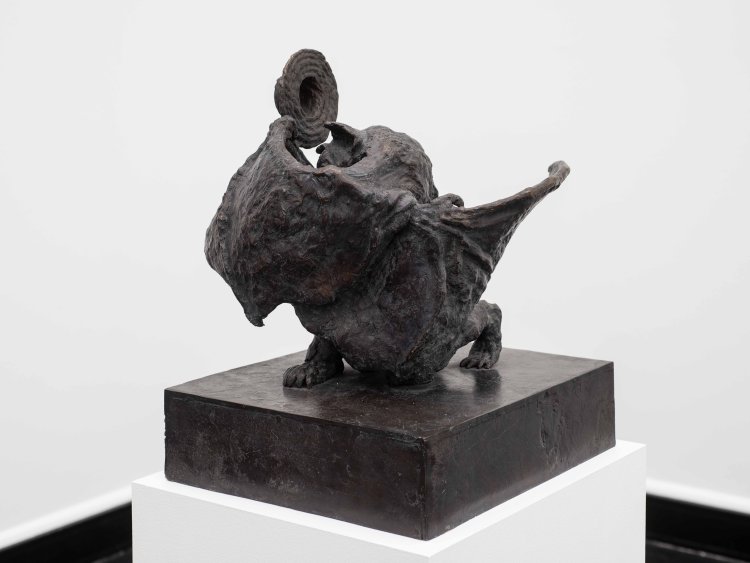 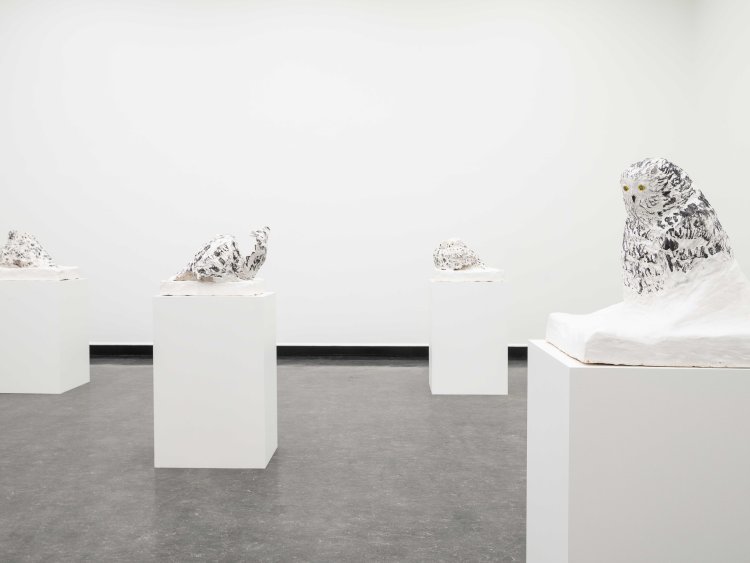 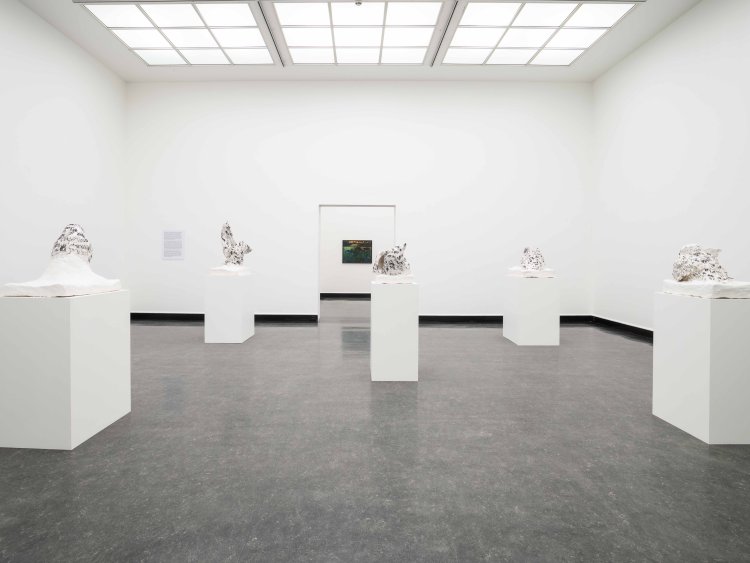 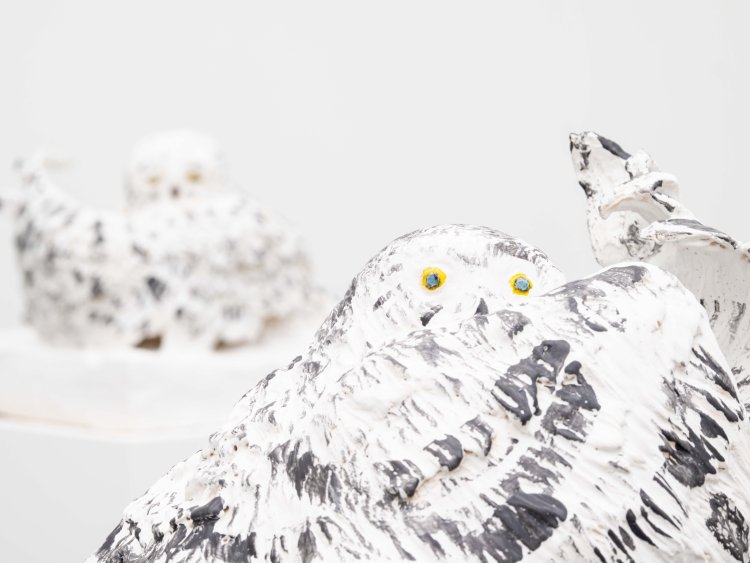 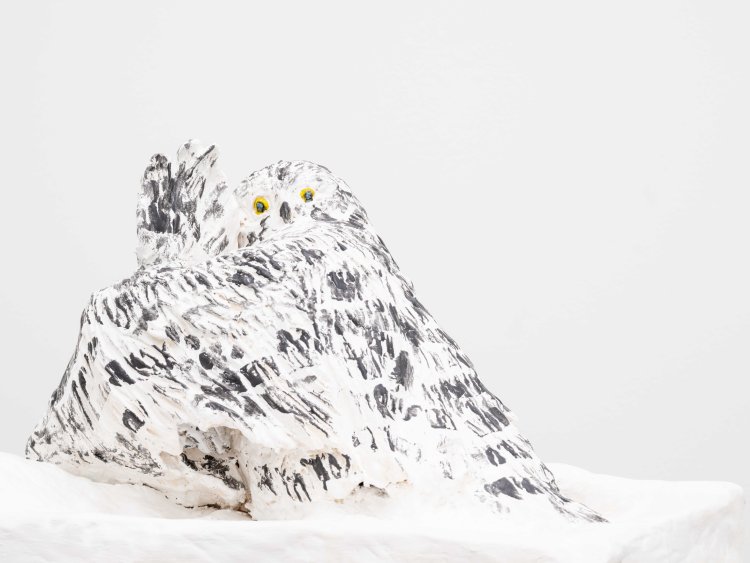 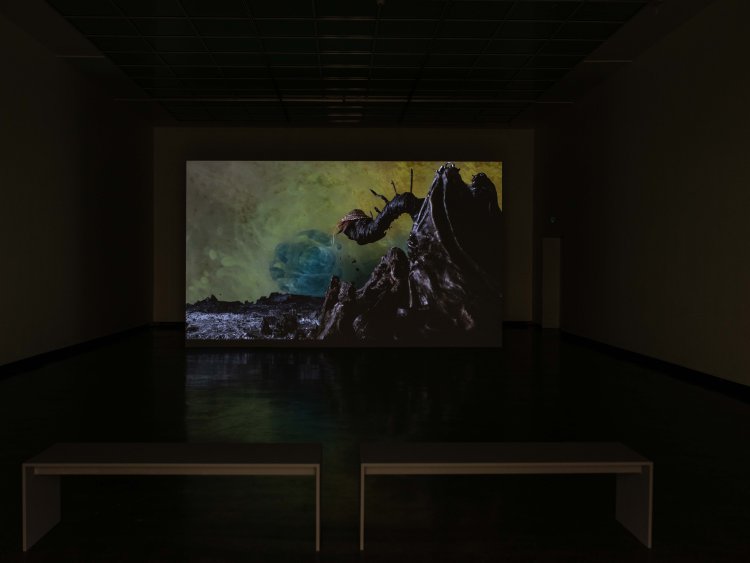 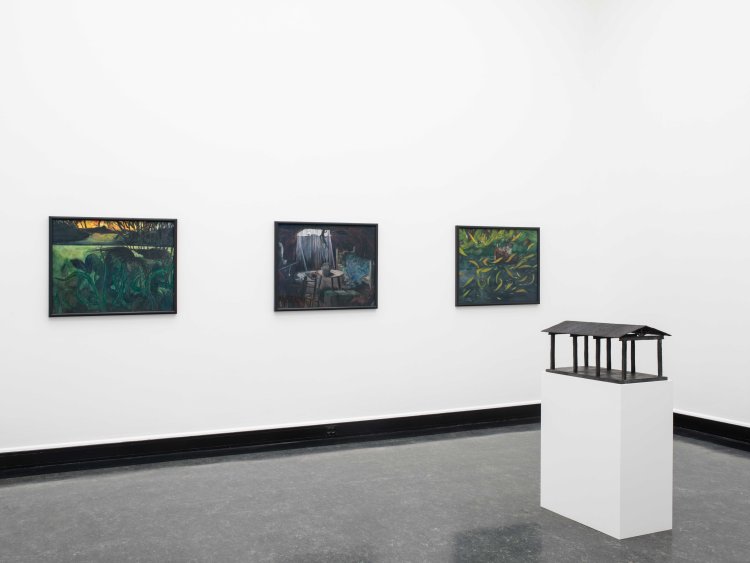 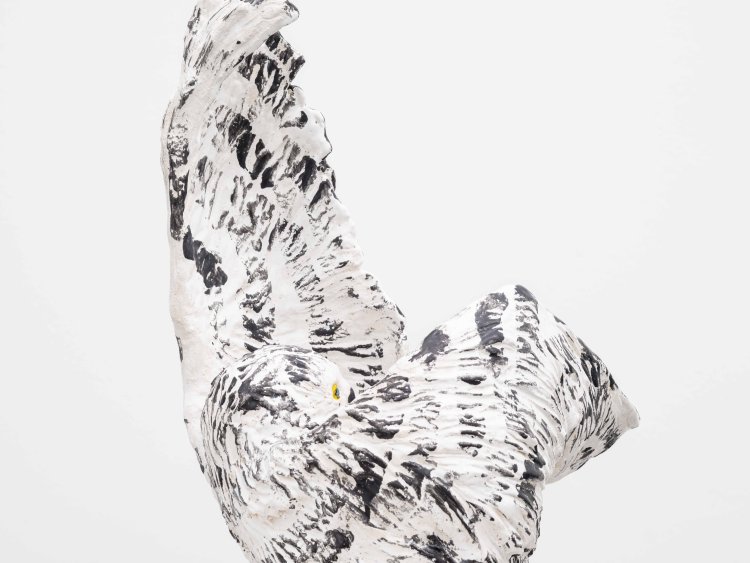