Abkhazia is a paradox: a country that physically exists (a territory with borders, a government, a flag and its own language), and at the same time a country with no legal existence as such. For nearly 20 years Abkhazia was not recognized by any other nation-state. And so the country exists without existing, caught in an in-between space between different realities.

In “The Secession Sessions” the French artist Eric Baudelaire questions the notion of the state and its representation. How do you build a state today? Does the state include or exclude? According to what criteria can a state be said to exist? And what kind of representation allows the state to be experienced as ‘real’? If all states are actually fictive, collective constructions, how are we to understand Abkhazia — as a fiction within a fiction?

Abkhazia seceded from Georgia, in the Caucasus, during a civil war in 1992-93. Like all disputed lands, Abkhazia is entangled in a conflicted narrative. To many Georgians, the breakaway state is a rogue nationalist regime, an amputated part of Georgia. To the Abkhaz, independence saved them from cultural extinction after years of stalinist repression and Georgian domination. To many observers, Abkhazia is simply a pawn in the Great Game Russia and the West have always played in the Caucasus. “The Secession Sessions” acknowledges these competing narratives and does not seek to write an impossible objective historiography. It does not parse, verify or document any competing claims to a land. The project starts with this observation: Abkhazia has had a territorial and human existence for 20 years, and yet it will in all likelihood remain in limbo for the foreseeable future, which makes the self-construction of its narrative something worth exploring. If Abkhazia is a laboratory case for the birth of a nation, then it’s Garibaldis and George Washingtons are still alive and active. Maxim Gvinjia is one of them.

“The Secession Sessions” consist of a two-part exhibition and a seminar. The exhibition space NO.5 at Bergen Kunsthall is transformed into the Anembassy of Abkhazia, open to the public daily during the last week of the show, and staffed by former foreign minister, and temporary Anembassador of the Republic of Abkhazia to Norway,: Maxim Gvinjia. In the same space, for the duration of the exhibition, we are showing a new film by Eric Baudelaire, Lost Letters to Max. The project was born in serendipity when Baudelaire, almost as a joke, sent a letter to Maxim Gvinjia, with no hope that the envelope would reach him in a state without recognition and with no postal service. However, the letter did arrive — and for every one of the seventy-three letters that followed, Gvinjia made a sound recording of his replies to the questions in the letters. These recordings become the narrative voice in the film, overlaying images shot by Baudelaire in Abkhazia after the correspondence ended. As an integral part of the project, a seminar has also been organized where questions raised by The Secession Sessions are discussed by researchers, writers and artists.

Most of Eric Baudelaire’s photographs and essay films over the past ten years have revolved around the issue of representation, and how reality is staged in images. The Secession Sessions investigates the question of statehood and its representation, both in the political sense, and in relation to images, through the prism of the stateless state of Abkhazia

Complete programme information will be announced in January.

Lost Letters to Max (film still), 2014 by Eric Baudelaire. Courtesy and copyright the artist
Eric Baudelaire (1973) was born in Salt Lake City, USA. He lives and works in Paris, France.

THE ABKHAZIAN ANEMBASSY
11 February – 16 February 2014
NO.5
With Maxim Gvinjia, former Foreign Minister and Anambassador of the Abkhazian Republic in Bergen.
Open daily 11-15 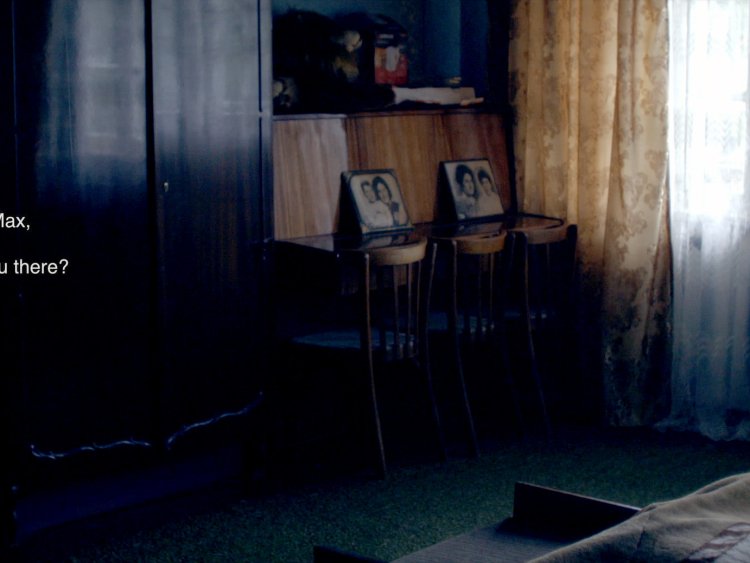 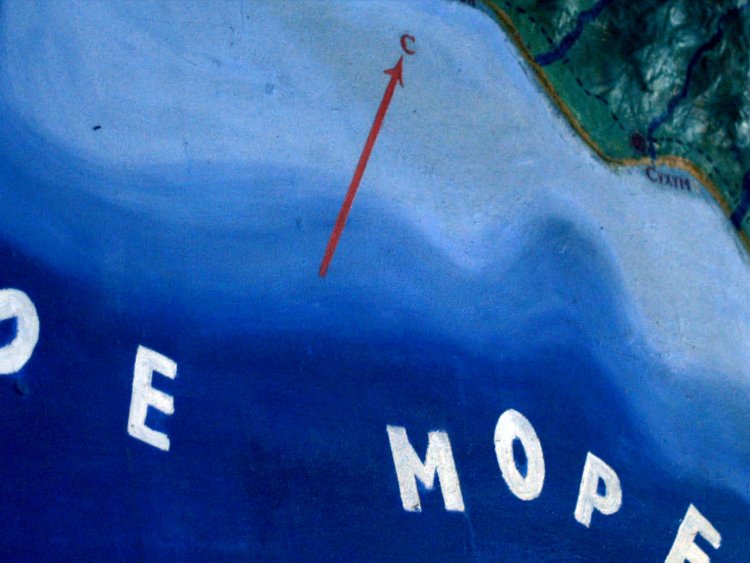 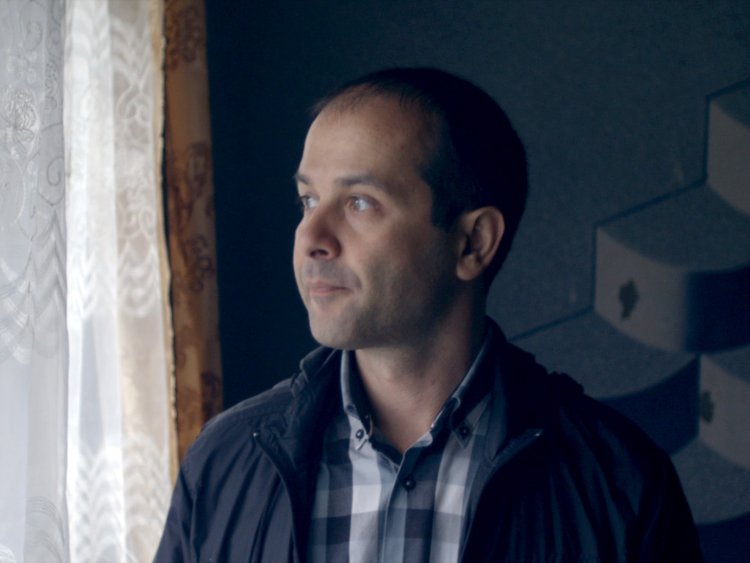 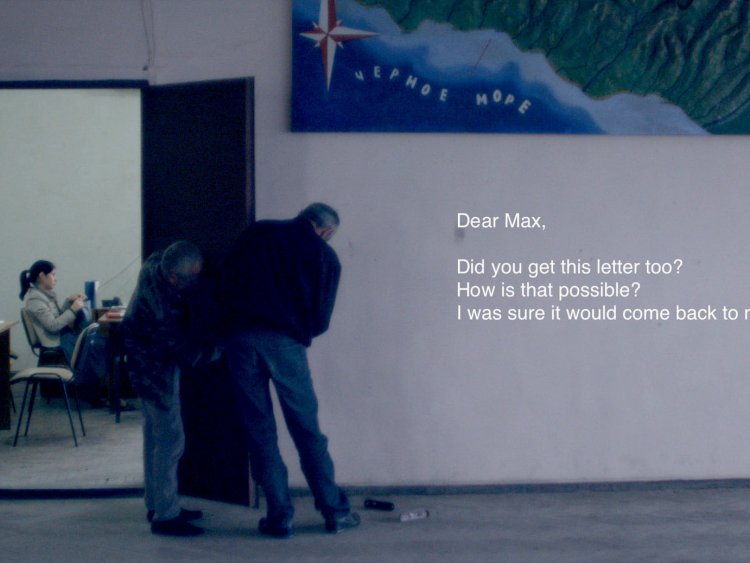 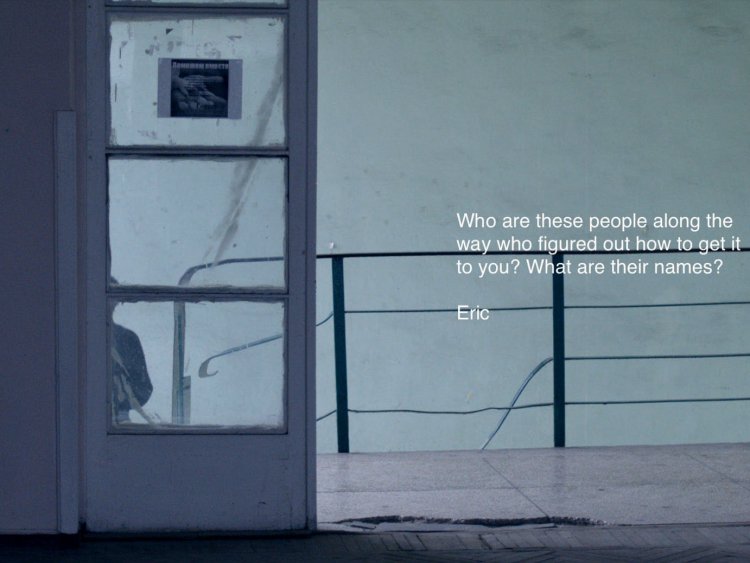 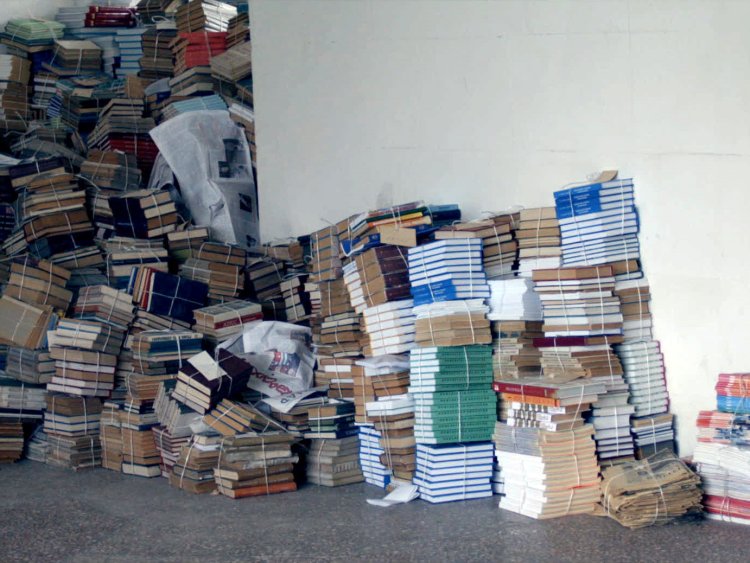 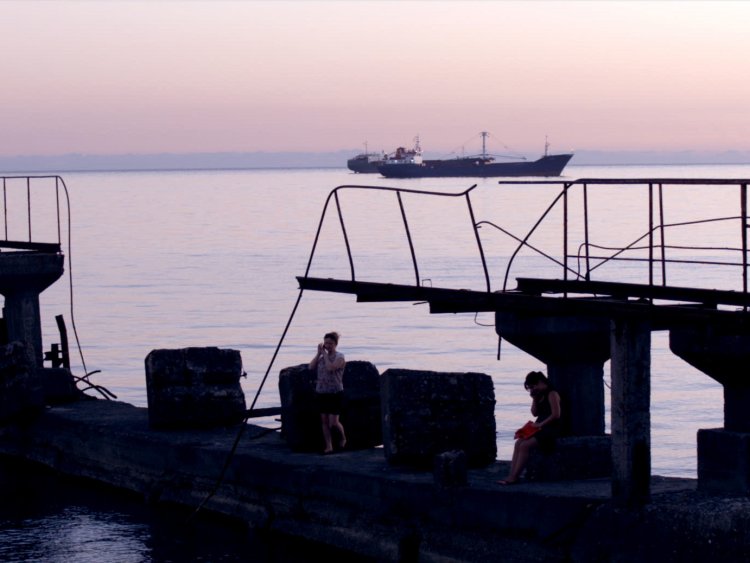 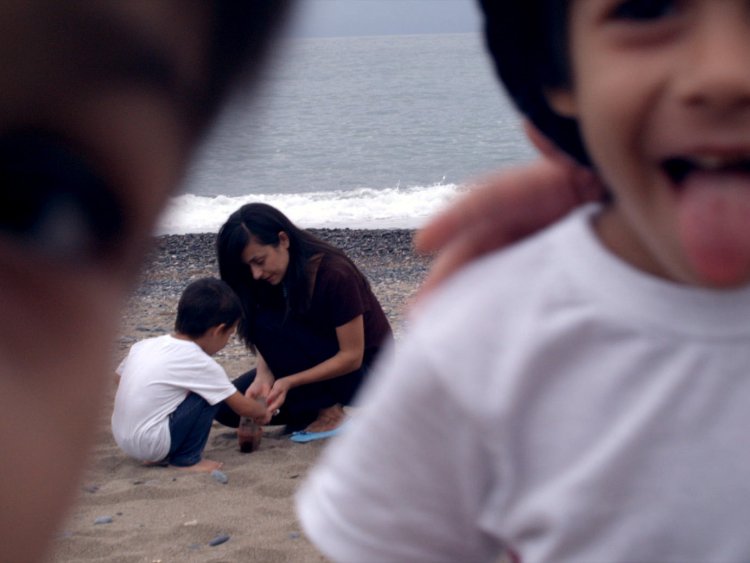 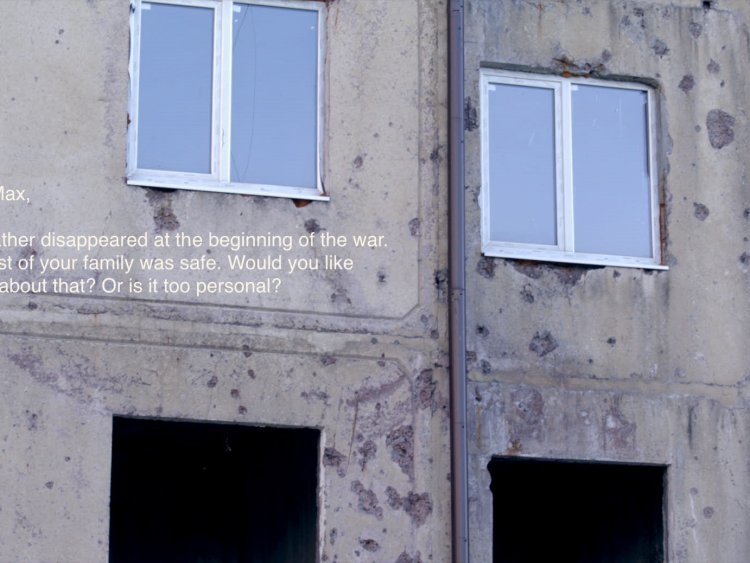 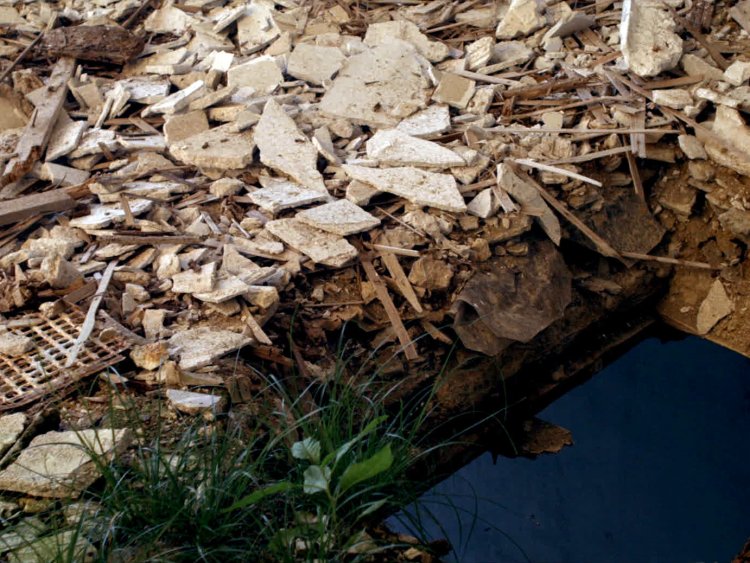 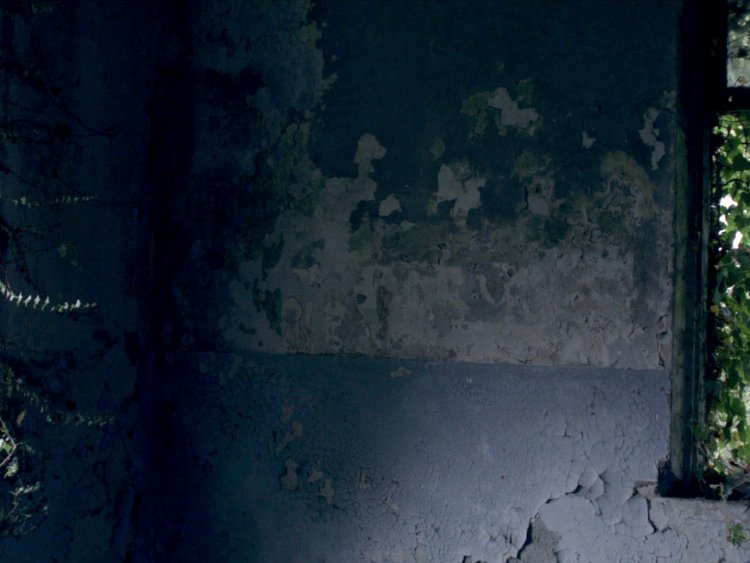 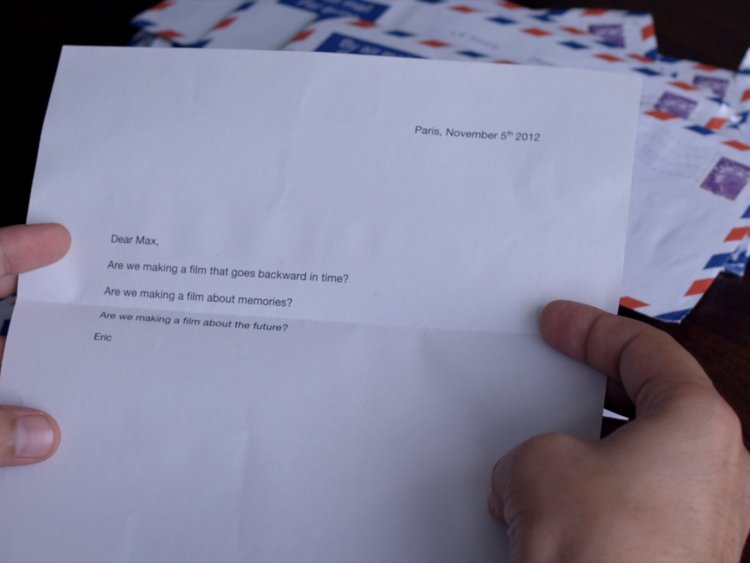 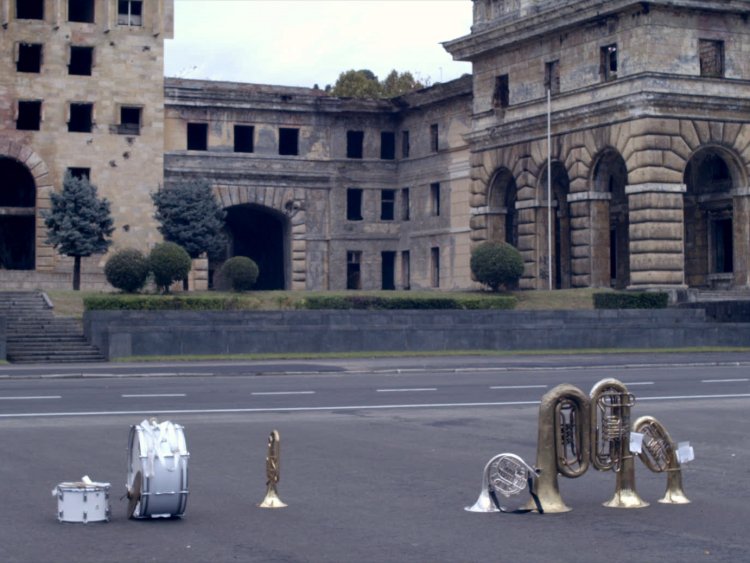