Glasgow-based Canadian artist Ciara Phillips works with printmaking in the broadest sense: from serigraphy, textiles and photography to site-specific wall works. She often collaborates with other artists, designers or groups in the local community, where she makes active use of the working collectivity that printing techniques invite. Drawing inspiration from various traditions, disciplines and histories, Phillips combines the democratic and critical potential of graphic art with an elegant, formal investigation of the specificity of the art of printing.

From autumn 2014, Bergen Kunsthall’s gallery NO.5 will be used to re-present existing artworks and exhibitions previously shown elsewhere in the world. Ciara Phillips’ exhibition “Just You” begins this new programming strand and is re-presented here in its entirety, as it was first shown in the Berlin gallery Praterstrasse earlier this year.

“Just You” effectively combines a variety of graphic strategies, underscoring the materiality of print and the craftsmanship of the working process. In several of the exhibition’s silk-screen works the fabric is deliberately ‘shoddily’ mounted on the underlay, such that its materiality as textile is made evident. This materiality is further stressed by the way other textile elements in cotton or tweed have been appliquéd to the picture. A photograph showing a female figure from behind, dressed in an abstract-patterned dress, recurs in several of the works. The folds, drapes and graphic pattern of the dress merge seamlessly with the materiality of the canvas itself, as well as the appliquéd textiles and the printed abstract forms which overlap and surround the photograph.

This self-reflexive tendency is a general feature of the exhibition. The work Things I Associate With You (2014) shows two fragments of what appears to be the same motif, as if the canvas has captured the space between two impressions in the printing press. The motif resembles a segment of the transition between two frames of an analog film roll, and thus underscores the serial aspect of printing’s capacity for reproduction. In a wall installation this potential for mass production is actively exploited as a series of silk-screen prints with the same motif covers a whole wall, functioning as a wallpaper-like underlay for other works in the exhibition.

In NO.5 Bergen Kunsthall revisits selected artworks and exhibitions, previously presented elsewhere in the world. Initiated in response to the increasing acceleration of both the production and reception of art, NO.5 provides an opportunity to slow down, focus on, and look again at particular works, exhibitions or fragments of exhibitions. Bergen Kunsthall will commission a new critical text to accompany each of these re-presentations. 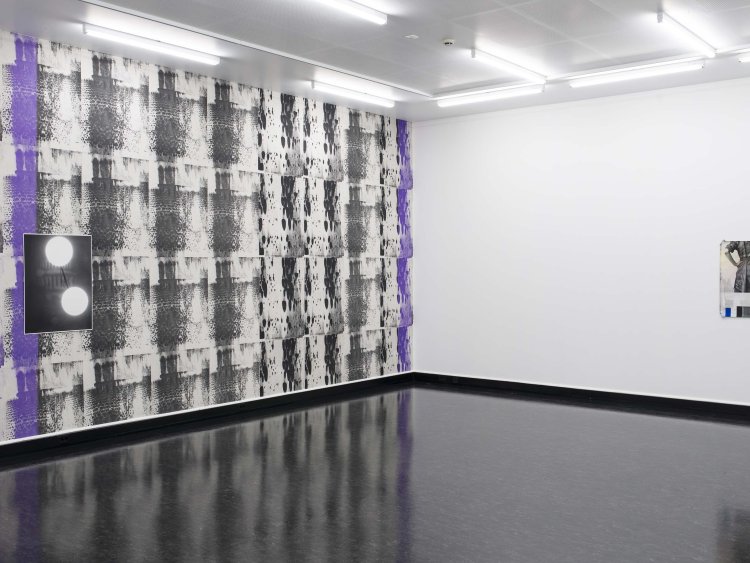 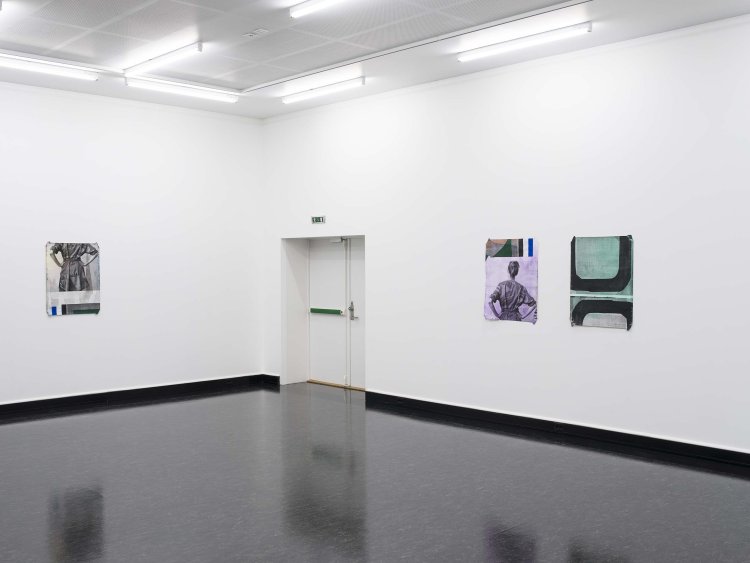 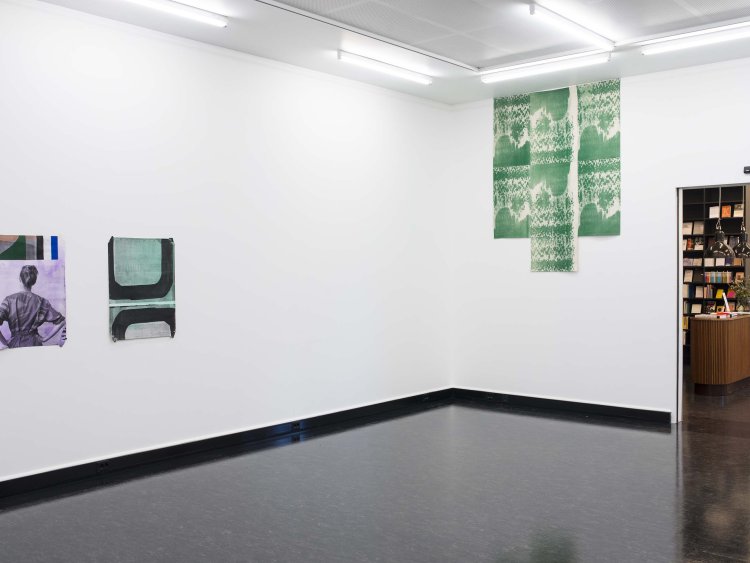 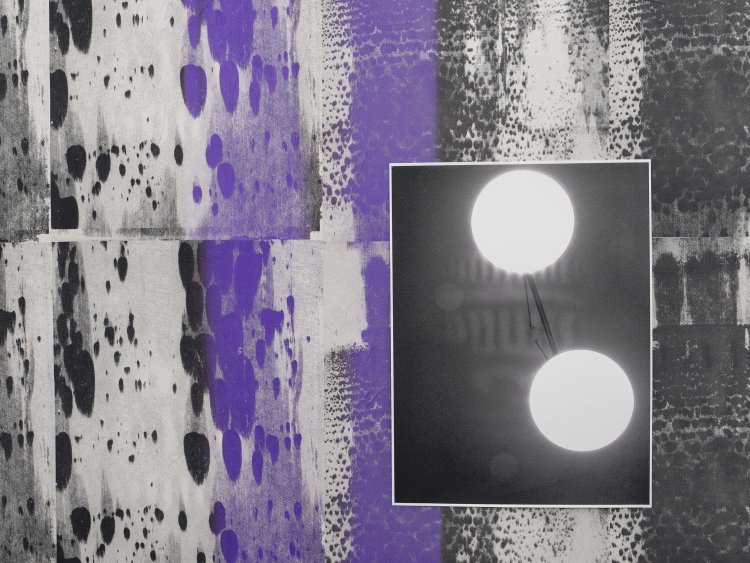 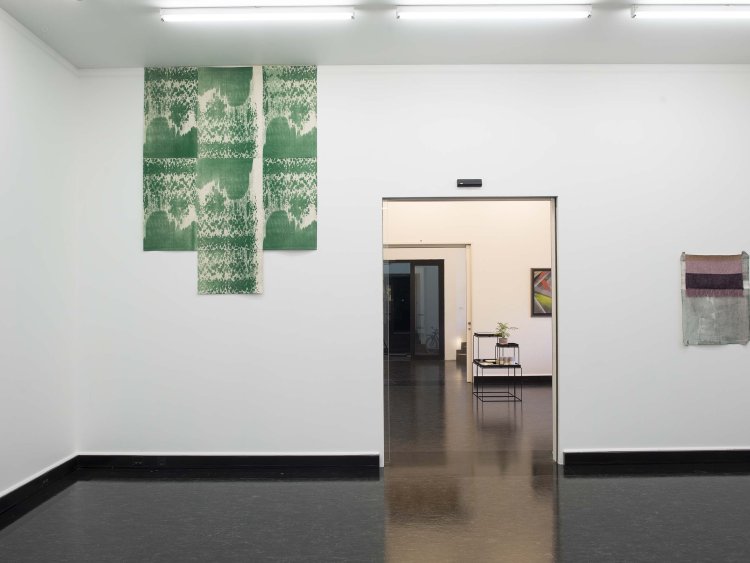 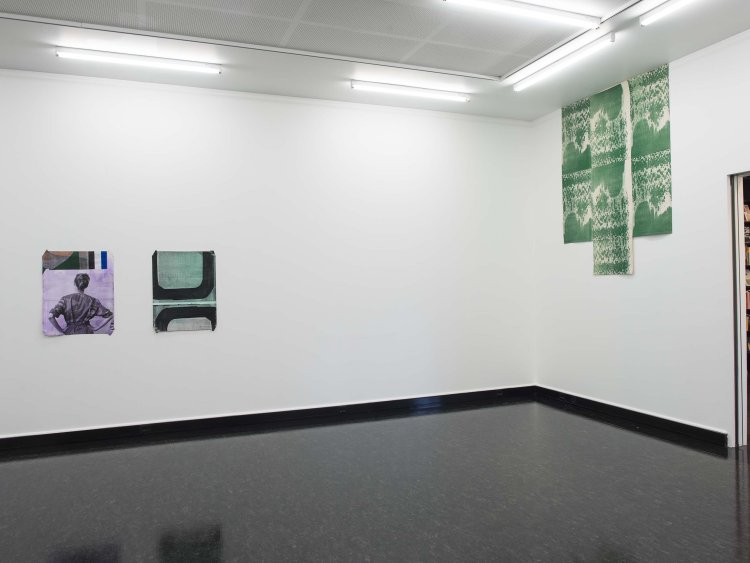 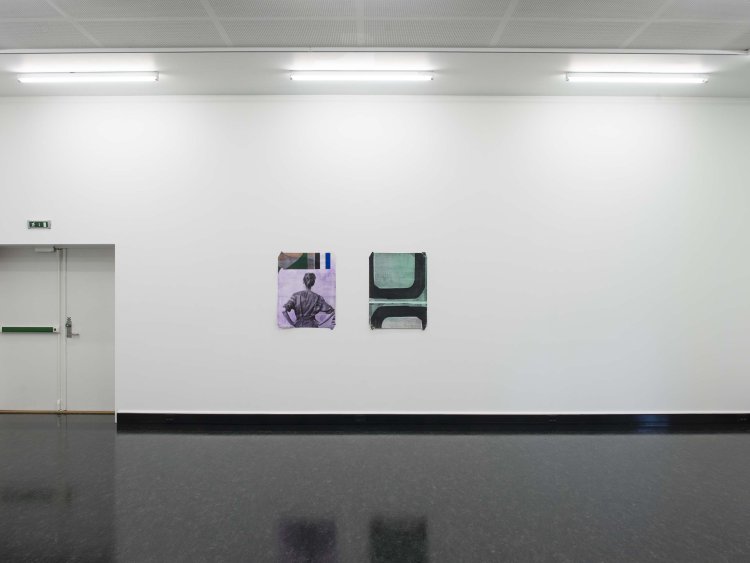 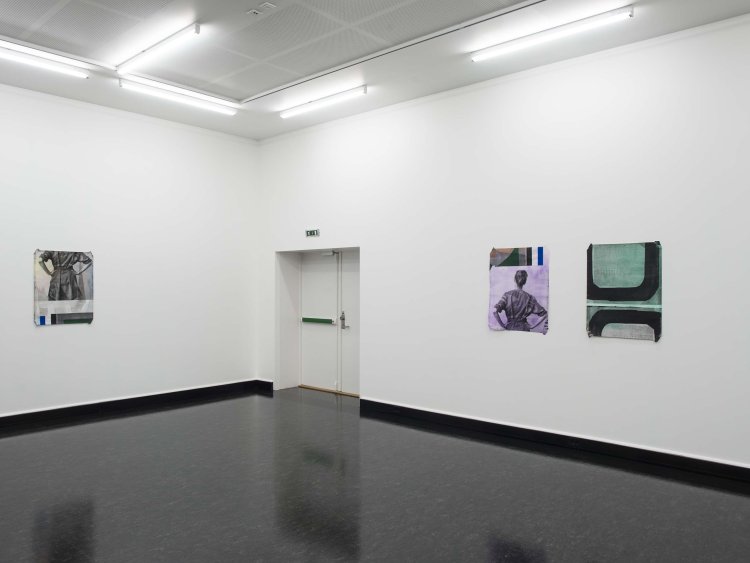 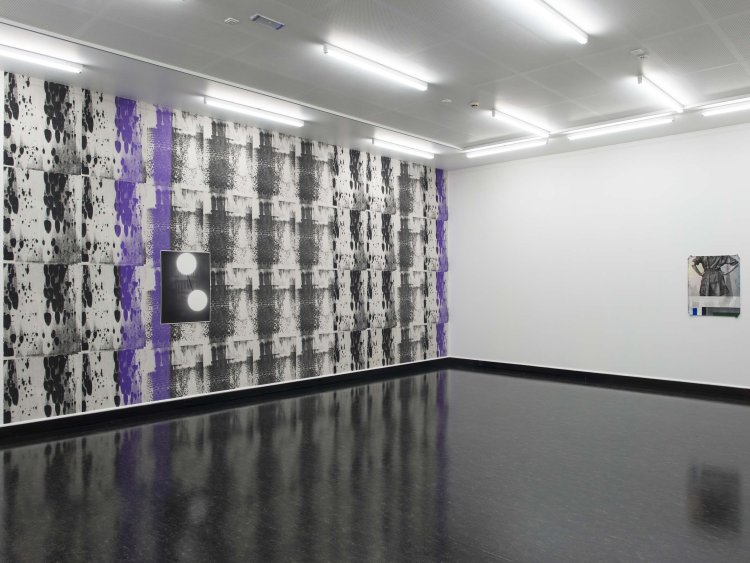 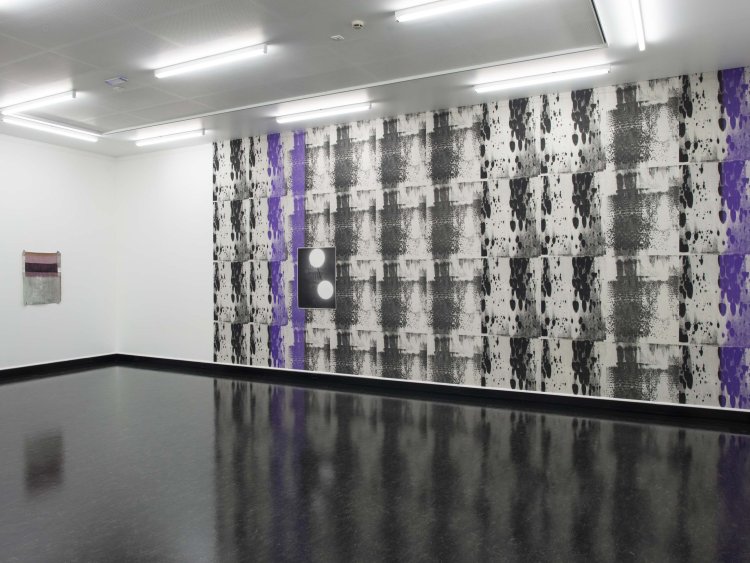 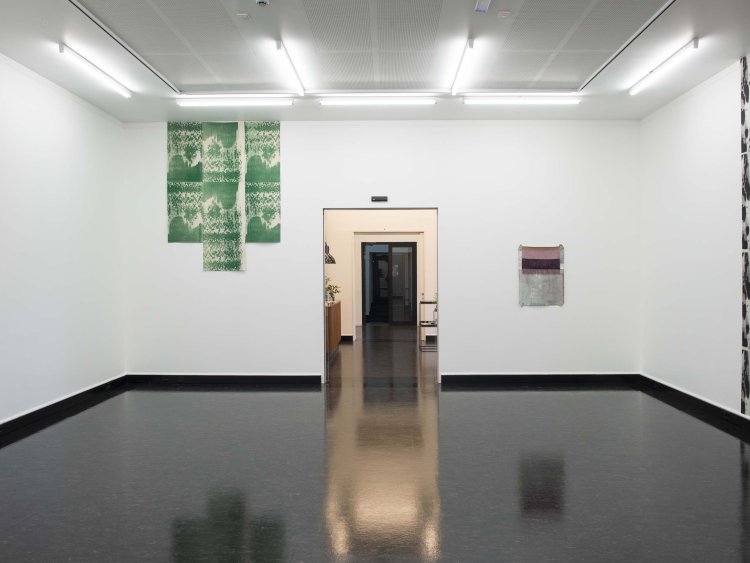 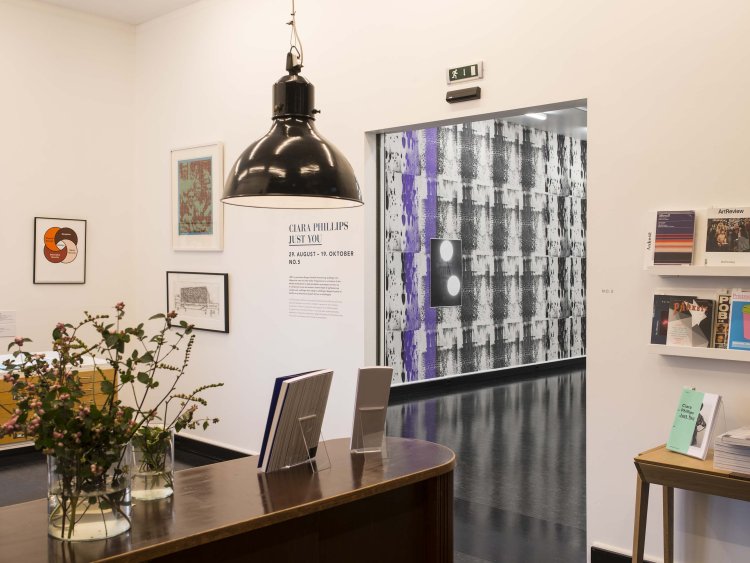