Libyan-Italian artist Adelita Husni-Bey describes herself both as an artist and a pedagogue. Her work uses noncompetitive learning models, inspired by pioneers such as the Brazilian educator and philosopher Paulo Freire, Augusto Boal’s participatory theater and workers’ education initiatives.

Often making use of the workshop as a format to engage groups and schools, her work results in a variety of formats: publications, radio broadcasts, archives, exhibitions and films. Her interest is grounded in imagining change in crucial aspects of contemporary society, to analyze the roots of power relations and exclusion. At the same time, her approach reflects on how tools of learning and participation, with their inherent power dynamics, for example in the school system, play an integral function for the state and its economy.

At Bergen Kunsthall Adelita Husni-Bey presents an installation and workshop titled “Maktspill”. A film, Agency, in the centre of the installation chronicles a 3-day intensive role-play with students from Manara High School in Rome, produced in 2015, in which the students enact some of the assumed roles in a democracy: politicians, journalists, workers, activists and bankers. Through a set of rules, the participants play out and modify the power relationships between the groups, creating coalitions and negotiating their impact and dependencies through the game. Agency asks the crucial and ambivalent question: how is ‘agency’ – the ability to enact change in society – intertwined with power? During the exhibition period, the screening room will be used as a workspace and classroom for a new iteration of the role-play, involving groups of young people in Bergen. Photographic backdrops are used here both as a screen for the film and as elements against which the workshop takes place and leave its trace during the exhibition run.

The difference in context – Italy and Norway – and the time that passed since the first workshop play a significant role in the exhibition. In some ways the project in Rome predicted developments that are characteristic of contemporary neoliberalism. The participants in Agency anticipated the rise of populist movements and the effects of austerity measures in their reflections on how power is shared and taken, but more importantly: how it can be redistributed. The new iteration in Bergen will draw from its own specific context, through introductory sessions with local experts and the use of news headlines from Norwegian politics. How do these power dynamics play out differently in the context of a Nordic welfare state? What has changed in the past five years that have seen drastic developments in the use of media, also in politics? In the installation, visitors are invited to follow this process, and speculate on their own. What will shift in order to create new scenarios for coming generations? What is the result of the neoliberal restructuring of sociality?

Adelita Husni-Bey (b. 1985, Milan, Italy) works and lives in Italy and New York. She represented Italy at the Venice Biennale (2017) with a video rooted in anti-extractivist struggles.

The exhibition is a collaboration of Bergen Kunsthall and Borealis – a festival for experimental music.

The workshop is part of the Re-Imagine Europe project, co-founded by the Creative Europe Programme of the European Union.

Thursday 14 May we re-open for visitors with our two current exhibitions by Simone Fattal and Adelita Husni-Bey. These two shows were cut short by the closure in March, and we are pleased that we are able to extend their duration until Sunday 16 August. Both of these exhibitions give us material to think and address issues that are timely and more relevant in our current situation than ever. 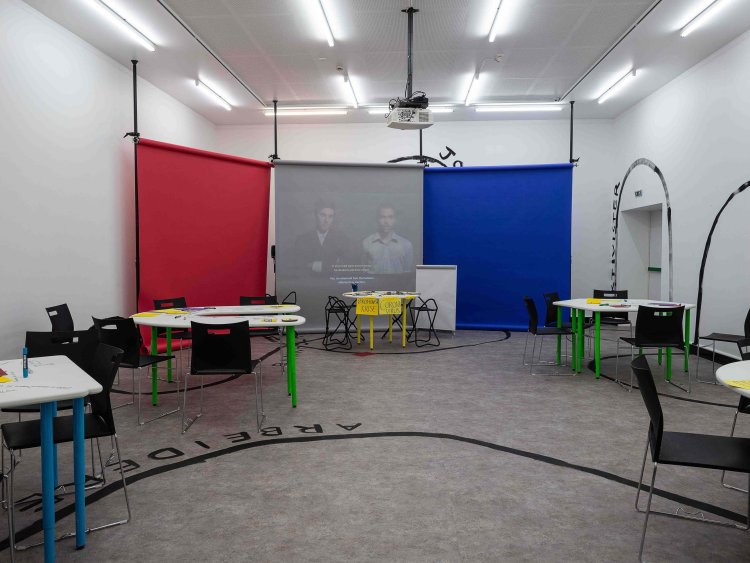 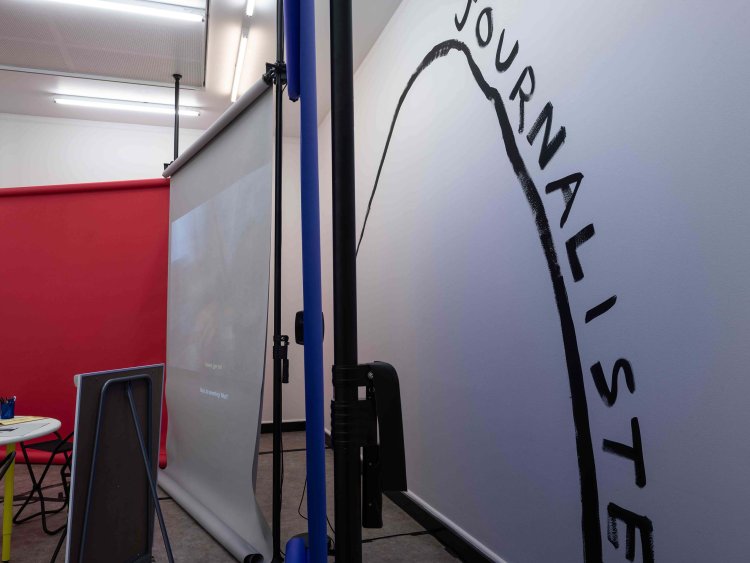 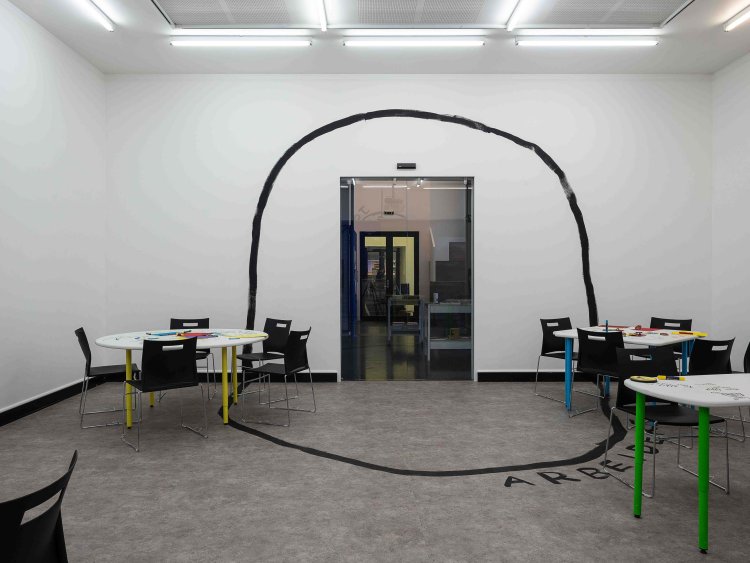 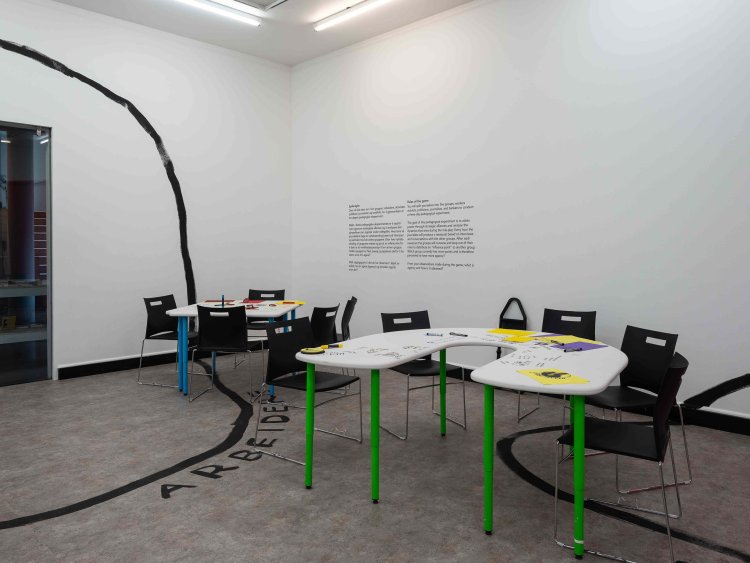 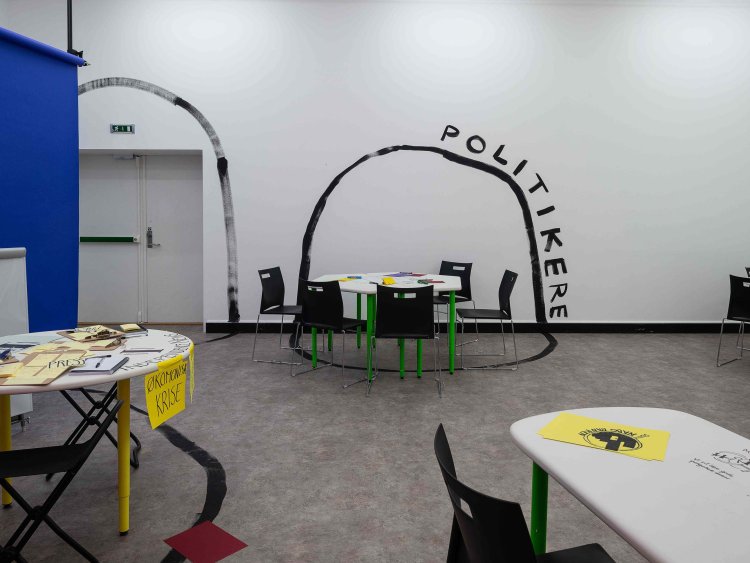 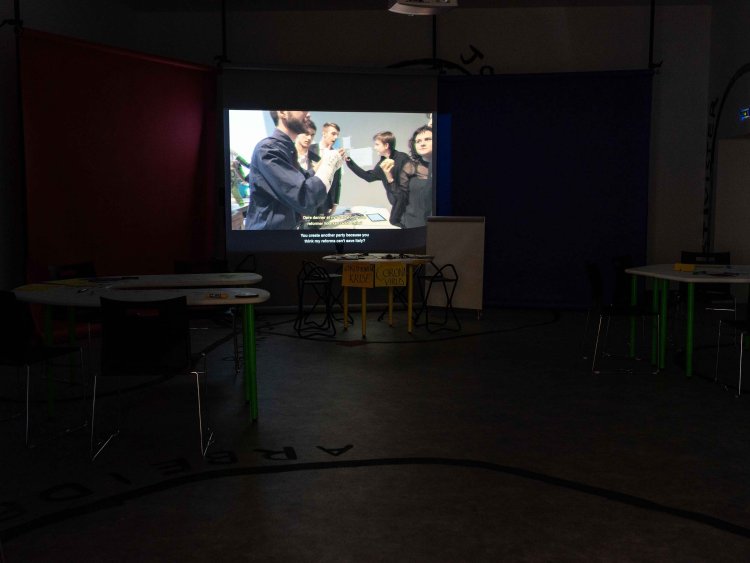 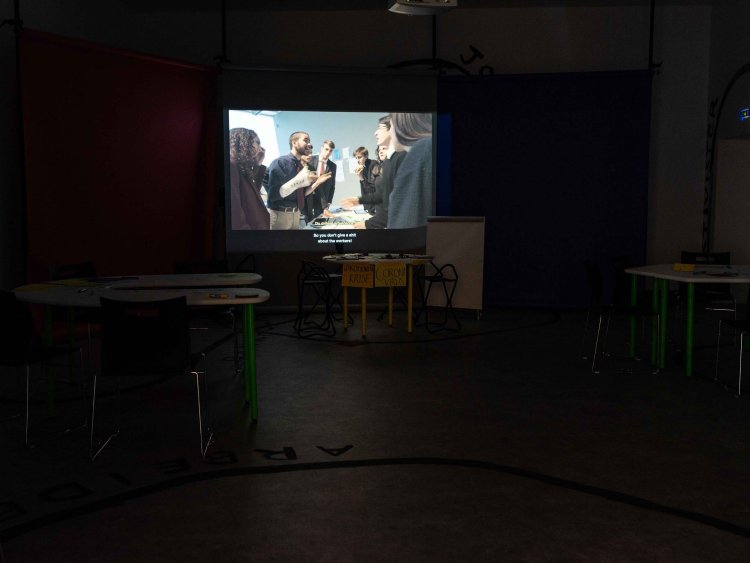 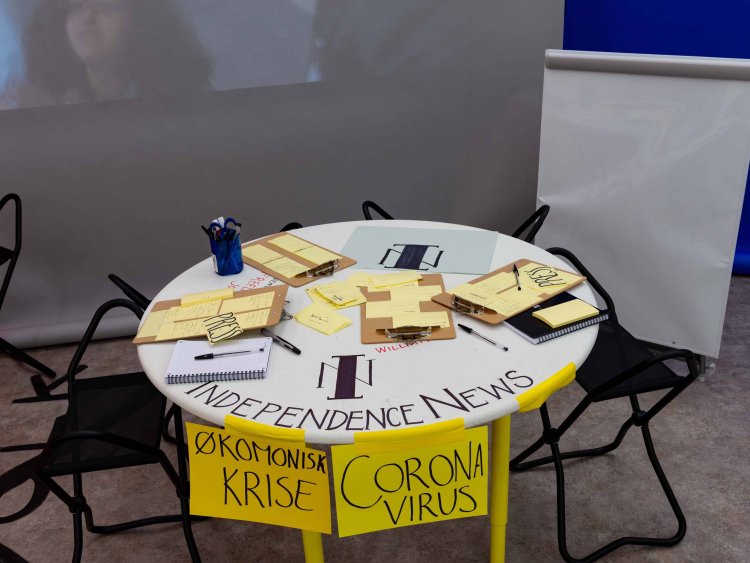 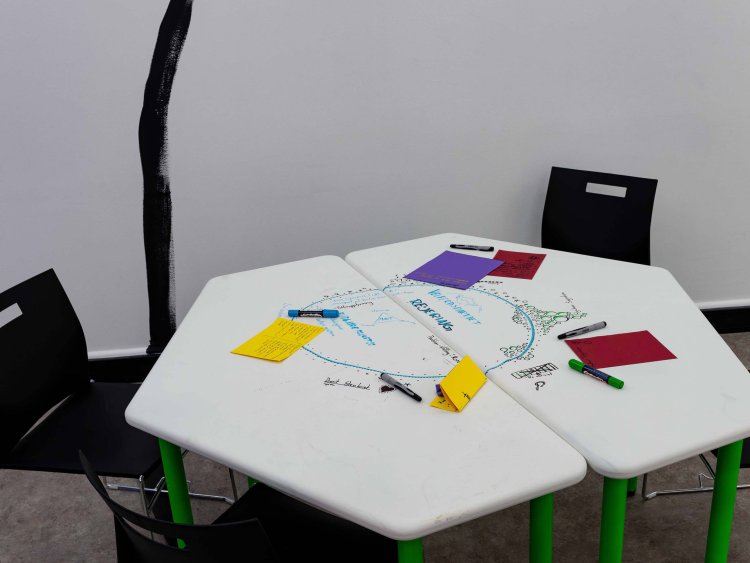 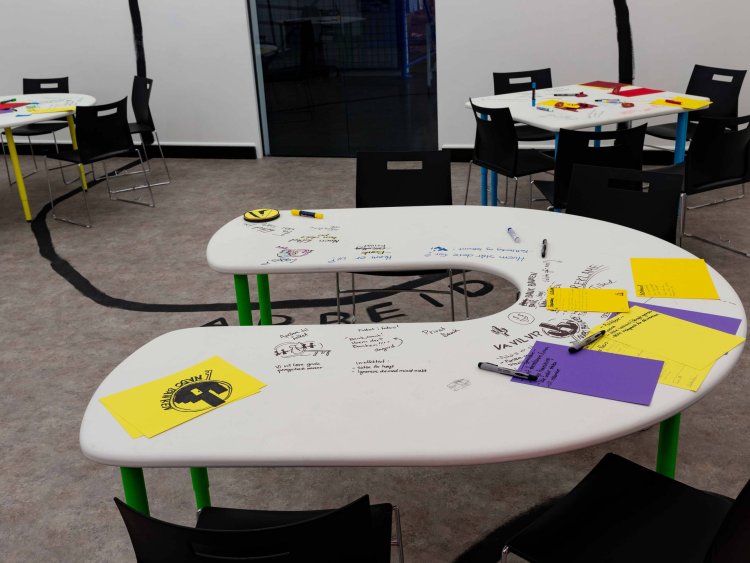 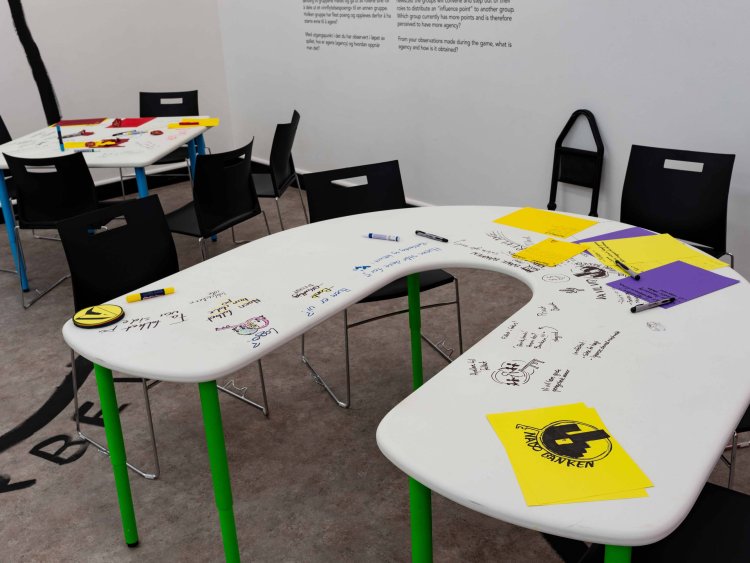 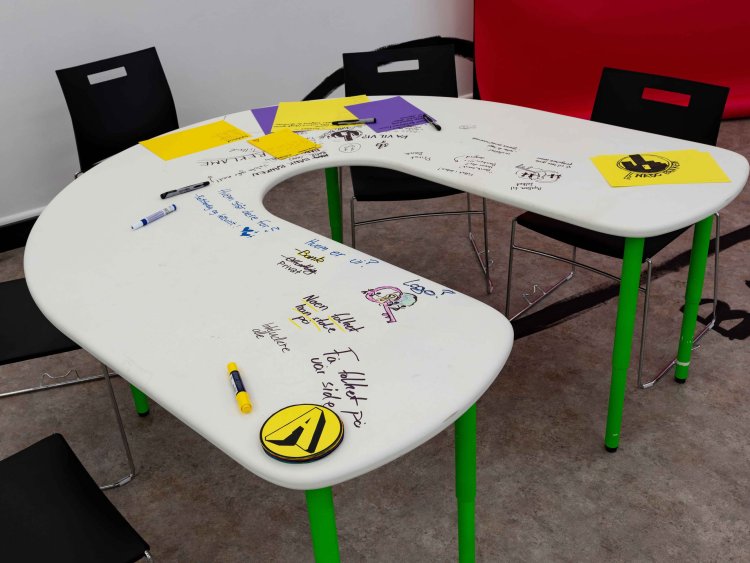 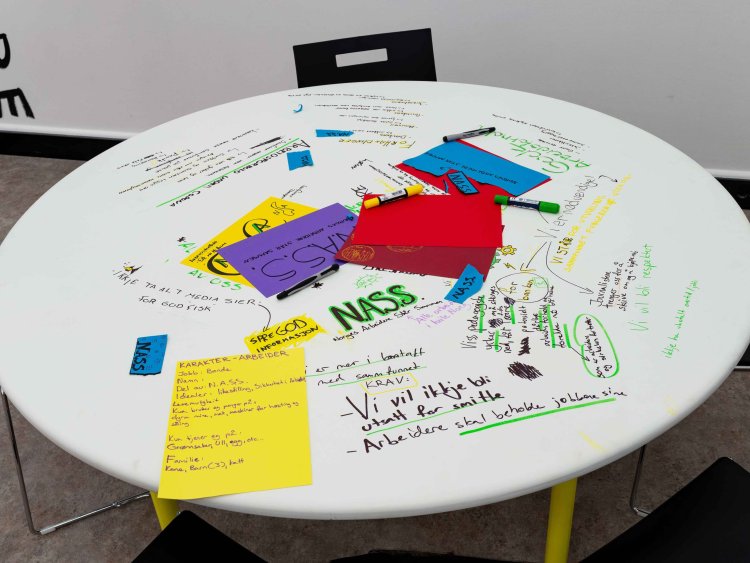 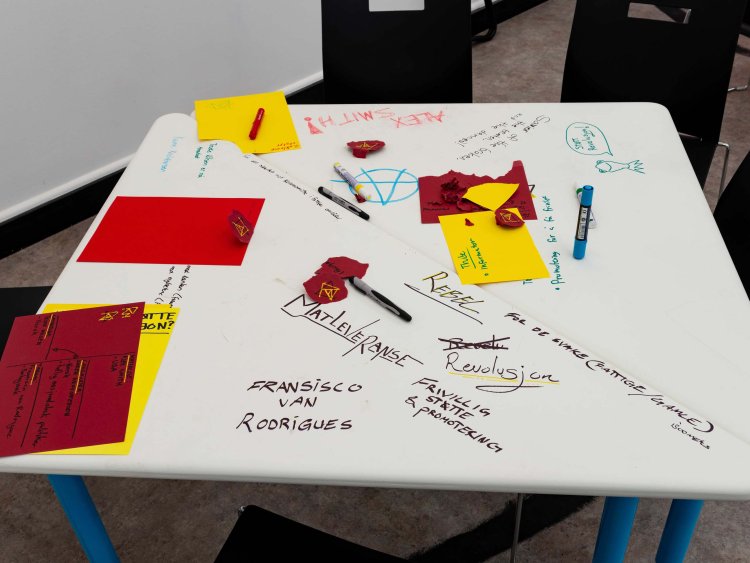