This year’s Festival Artists take up military landscapes and activities in their exhibition, which is the largest presentation of this pair of artists to be held in Norway to date.

The landscape of Norwegian mountains, as we meet it in Hjerkinn in Rondane, expresses in many ways the conception of a typical Norwegian outdoor life, in open, free and untouched nature, miles from the noise and bustle of everyday life in the city. Inspired by romantic landscapes in art and first hand experience of such landscapes, this is a picture Norwegians have learnt to value, and for which they have deep and well established ideas about.

In several of their photographs, Book and Hedén depict such landscapes. Foreign elements, however, disturb our usual notion of untouched nature; for example soldiers at work clearing the landscape of explosives. Well equipped, and with bright blue helmets which stand out from the surroundings, the soldiers remind us that the history and the different uses to which the landscape has been put, do not always correspond to the romantic picture we have in our mind of nature. Other photographs show military landscapes empty of people, where test-sites, reinforced slopes, bridges, driveways for tanks, and other military installations have left their mark on the landscape. Central to this year’s Festival Exhibition is a series of such photographs which on the one hand show the development of new military landscapes and on the other the clearance of a military area, right in the middle of the process to return it to civilians and nature.

Book and Hedén’s work is strikingly beautiful in its simple approach. Sometimes there are clear references to art history and aesthetic models, at other times they exist as a backdrop. The military landscapes point to the memory of the places and open up for more general questions about the relationship between military and civilian areas of land. At a time when warfare is often discussed with regard to such immaterial aspects as the battle for hearts and minds, media strategies, satellite pictures or data sabotage, the physical traces in nature remind us of the materiality of war. The intervention in the landscape is a sign of the systematic and practical work involved in military activity.

The artists’ pictures of soldiers, taken during a stay at Rena Camp in connection with a decoration project, invite similar questions concerning the materiality of war, its infrastructure and concreteness. The young men, who for a period of their lives, live in the strictly regulated military community, side by side with the civilian one, are pictured preparing themselves for situations in the field: Equipment and well planned packing will stand these individuals in good stead for the situations that await them.

Book and Hedén have worked and exhibited together since 1987. Today they enjoy international recognition, and can point to frequent exhibitions since the early 90s. They work as a pair in many different mediums, but usually in a direct and documentary idiom. In recent years the artists’ projects have become increasingly more explicitly political and more clearly pronounced in their questioning of ethical matters. The military landscapes can be seen in connection with other projects where small communities, or sub cultures often provide a starting point for the artists’ investigations. The cultural landscape, for example, farmed fields, city gardens or woodlands have previously been the turning point for exhibitions, where private cultivation and agriculture are seen as micro universes, or specialised communities, with room for alternative, almost utopian ways of life. Book and Hedén make the most of the openness of the field of art in order to critically remember history, and comment on contemporary politics. Bergen Kunsthall is proud to be able to present this pair of artists during the Festival Exhibition of 2008.

Ingrid Book (1951) and Carina Hedén (1948) live and work in Oslo. Ingrid Book was educated in Oslo, Carina Hedén in Lund, Paris and Maastricht. Previously these two artists have exhibited together at venues such as Göteborgs Konstmuseum (Gothenburg Art Museum), Salzburg Kunstverein (Salzburg Art Society), Kunstnernes Hus (The Artists’ House, Oslo) and Fotogalleriet (The Photo Gallery, Oslo). In addition they have taken part in a number of group exhibitions worldwide.

Ingrid Book and Carina Hedén work on specific themes by means of documentation and systematic investigation. Through the artists’ approach, not only do their works offer a deep knowledge of the subject in focus, but they also invite political and ethical questions of a more general nature. 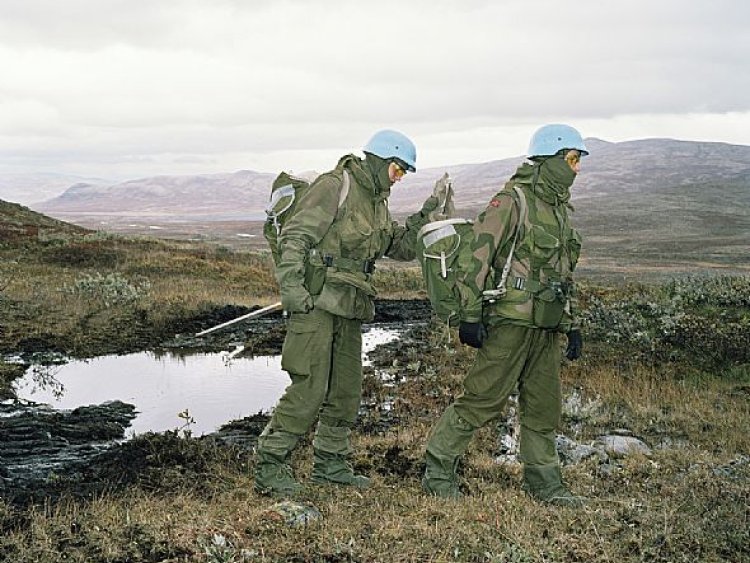