Bergen Kunsthall is pleased to present “Something Leadlight”, a new exhibition project by Katharina Grosse.

The German artist has distinguished herself internationally
with her large, site-specific paintings covering the exhibition space from floor to ceiling, streaching from room to room. In some instances windows, doors and objects such as an unmade bed, clothes and books are completely covered by painting. The artist applies intense colours combining different painting techniques and methods.

In Bergen, Grosse will present a project specially produced for the Kunsthall space. Canvases lean against the wall, and the floor covered by a uneven coat seem to restrict the movement of the audience, but at the same time, the installation invite the spectactor to participation.
The traditional base for the painting, the canvas, is put side by side to the space itself, bending and erasing the dividing line between the artwork itself and the neutral setting of the institution.

Katharina Grosses installations have been exhibited in a long line of art institutions throughout the world, including UCLA Hammer Museum in Los Angeles, Musée d’Art Moderne de la Ville de Paris and Artsonje Museum Kyongju in Korea. Her work has also been presented in the Biennale in Sao Paulo (2002) and the Biennale in Sydney (1998). This is her first solo exhibition in Norway. Grosse lives and works in Berlin. Since October 2000 she has been a Professor at the Art Academy in Berlin-Weissensee. 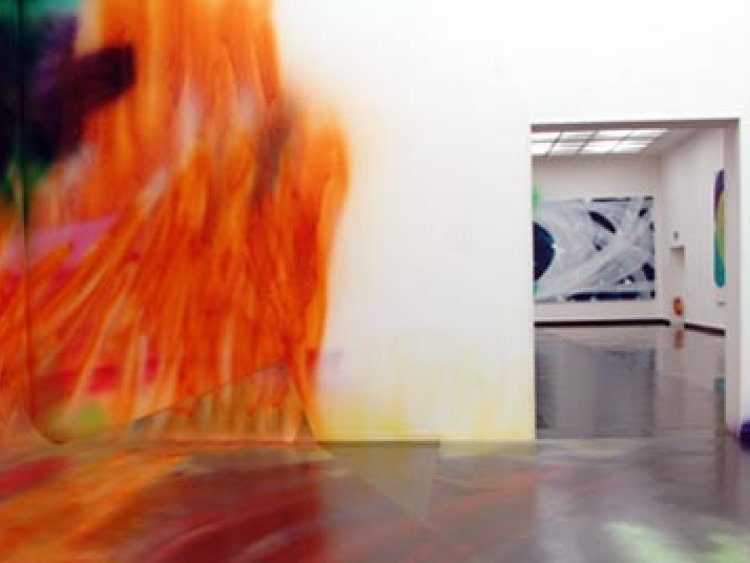