“Notes to Stones” is the second part of Bergen Kunsthall’s presentation of Knut Henrik Henriksen, which began in 2012 with the exhibition “Echoes”. Both exhibitions have a direct connection with the City Hall in Bergen, designed by Erling Viksjø in 1953 and executed in the 1970s, using the architect’s patented natural concrete.

Working with key concepts like ‘architectural doubt’ or ‘architectural frustration’, Henriksen positions himself in a field between sculpture and architecture. While “Echoes” was installed on the facade of Bergen Kunsthall, as a tableau of forms taken from the City Hall, which is located immediately opposite the Kunsthall, “Notes to Stones” is placed at the very heart of Viksjø’s municipal building. In an outdoor space beneath the body of the building, Henriksen has produced an exhibition that makes use of approaches one normally finds in a traditional gallery space, installing free-standing sculptures on pedestals and objects on the floor. At the same time these sculptures exploit the specific features of the outdoor space as a public place in the urban surroundings of the city.

Among the works are the sculpture Bird, in which Henriksen employs Viksjø’s revolutionary technique for sandblasting concrete; and the sculpture Compass mounted in the ceiling and based on the forms, materials and proportions of the existing architecture. Henriksen abstracts, quotes and comments on specific formal elements from the facade of the building, and translates them into independent works with references to the broader sculptural tradition of modernism and artists like Constantin Brancusi and Carl Andre. “Notes to Stones” can be seen as a kind of extended, artistic interpretation of Viksjø’s architecture, while at the same time elucidating a broader segment of Norwegian architectural history and cultural heritage. Since the 1960s natural concrete has made its mark on everything from monumental public buildings to bus shelters and urban furniture. The exhibitions “Echoes” and “Notes to Stones” are Henriksen’s “temporary monuments to Erling Viksjø and his stones”.

Knut Henrik Henriksen (b. 1970) lives and works in Berlin.

The exhibition has been produced by Bergen Kunsthall, and is presented in association with Bergen City Hall, Bergen Municipality. 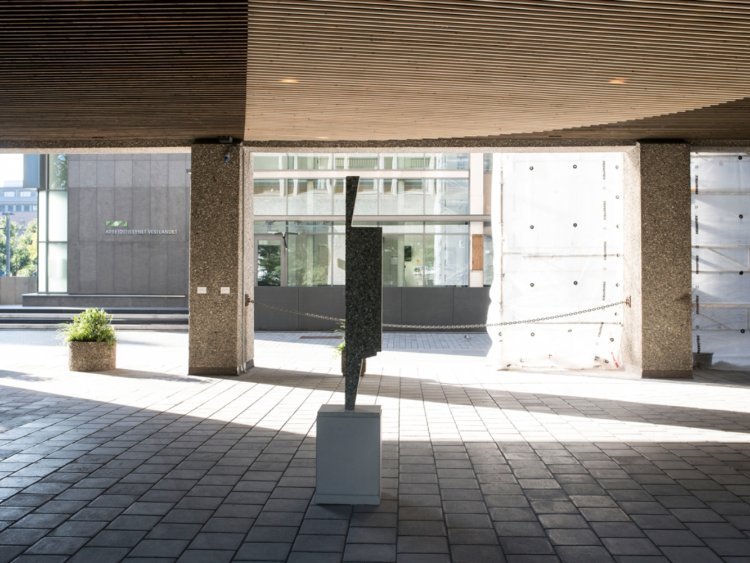 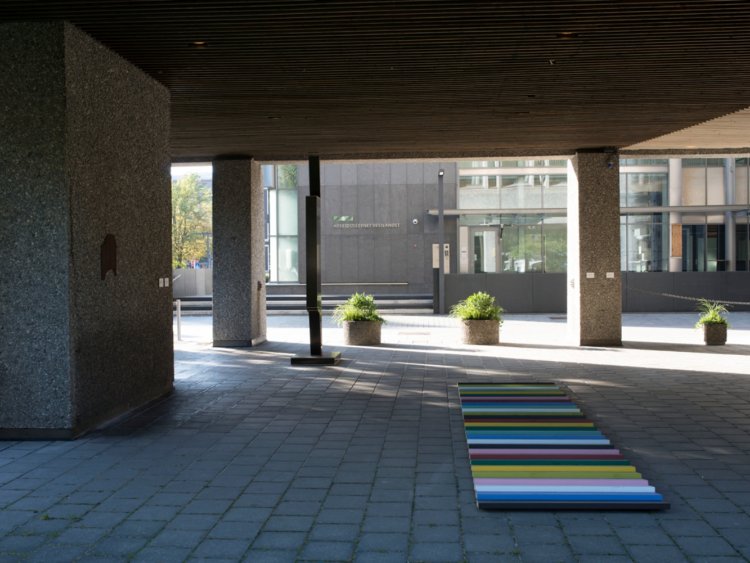 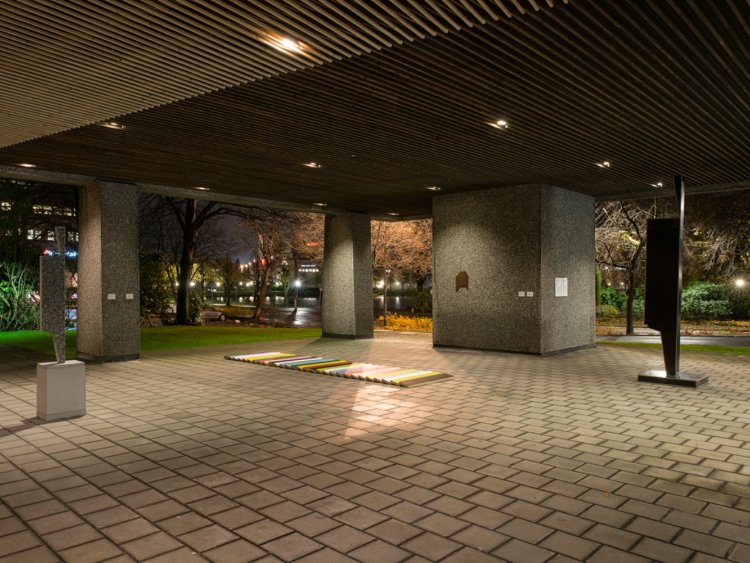 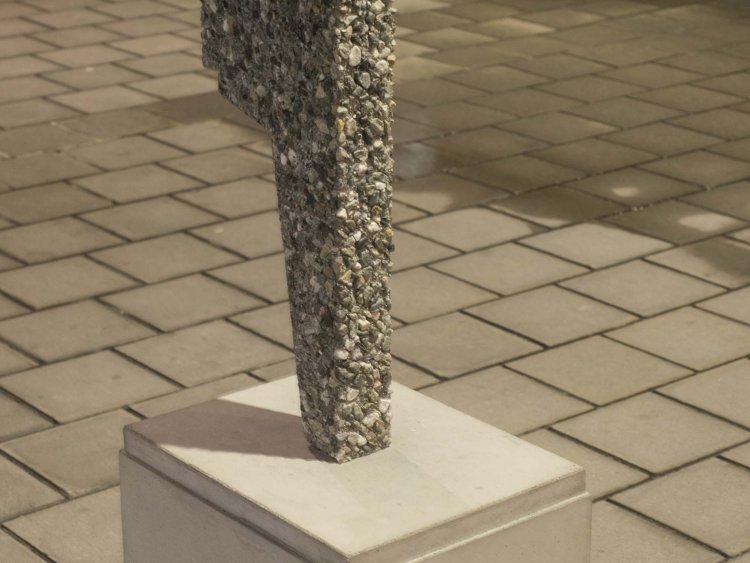 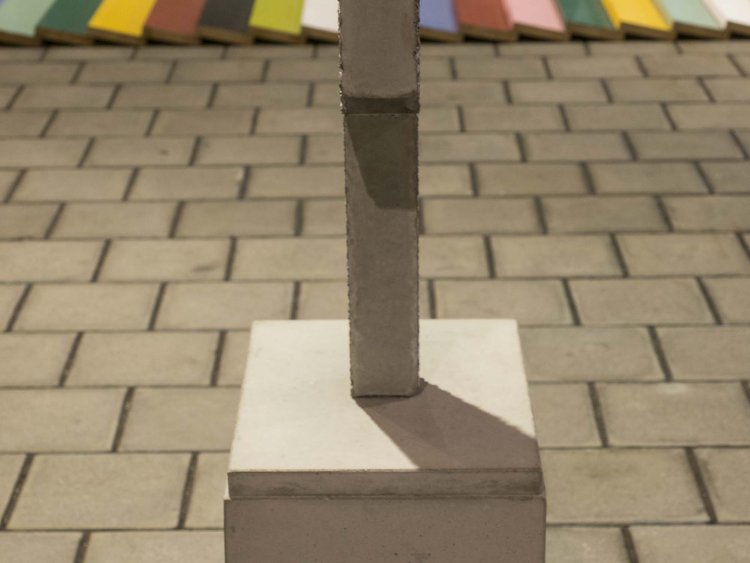 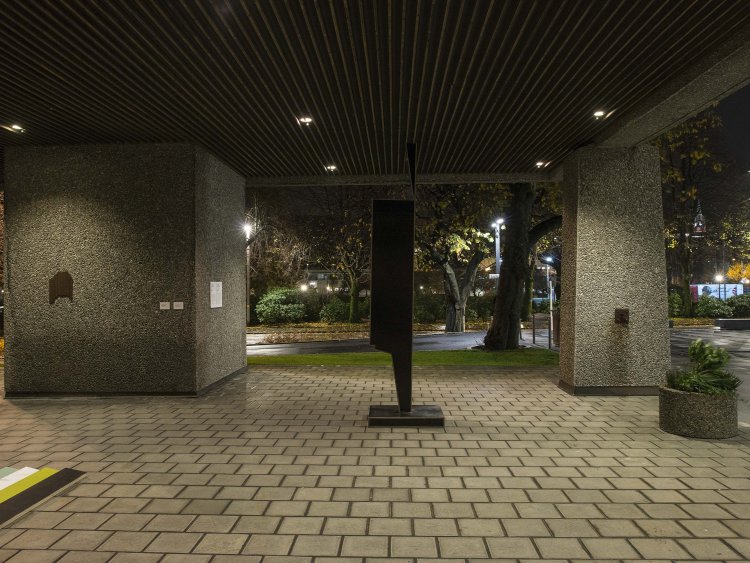 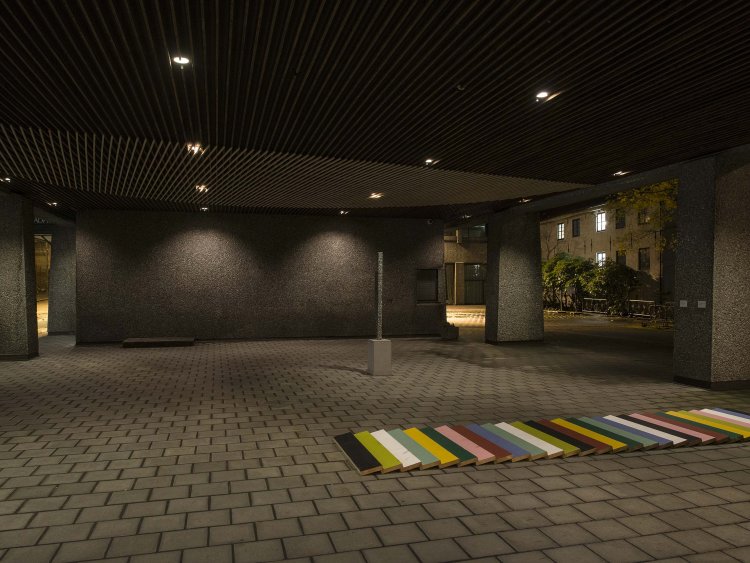 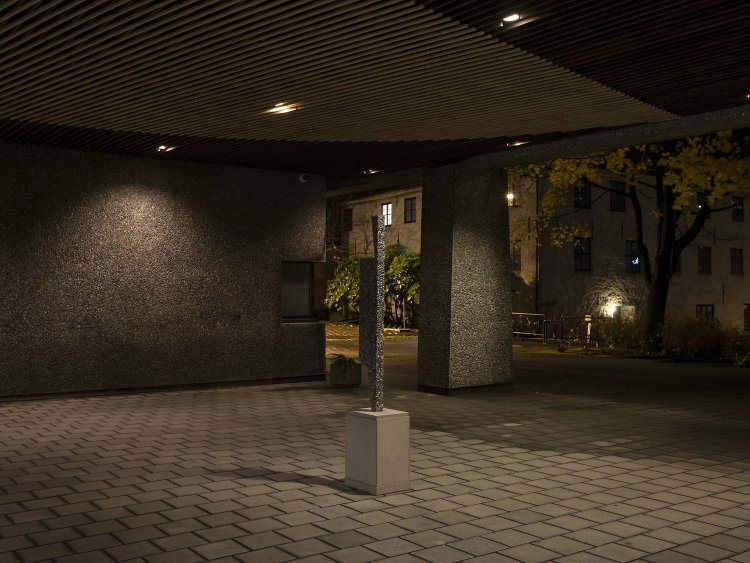 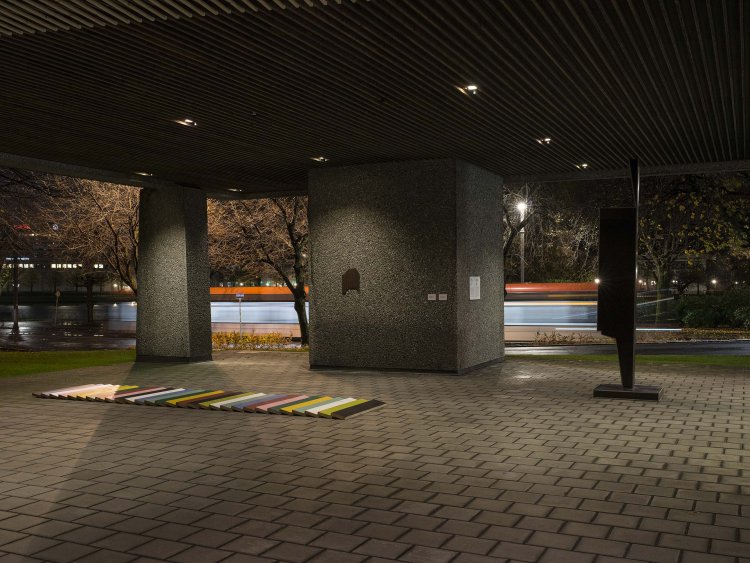 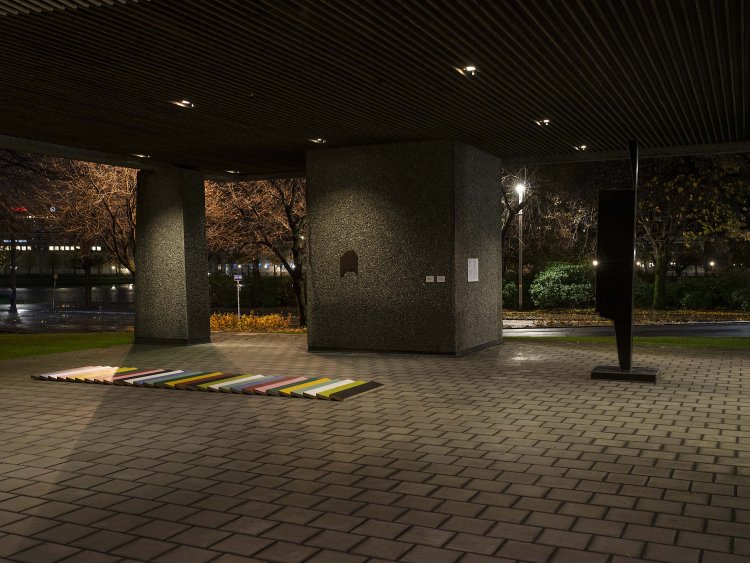 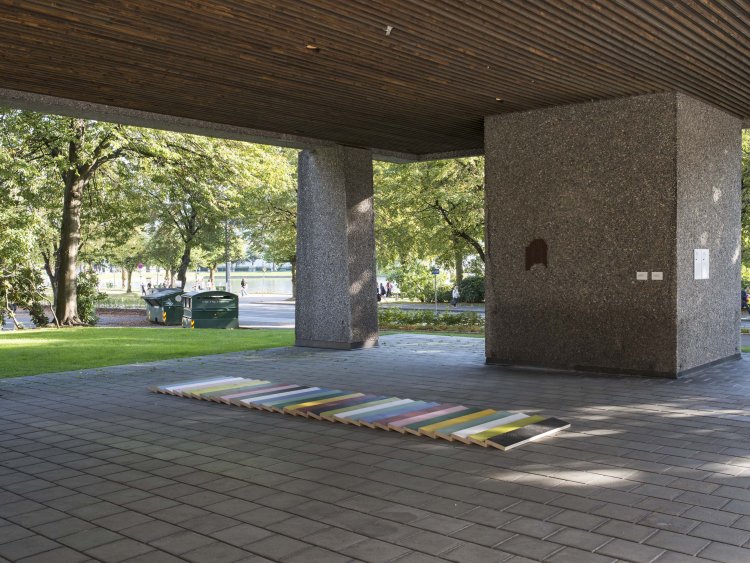 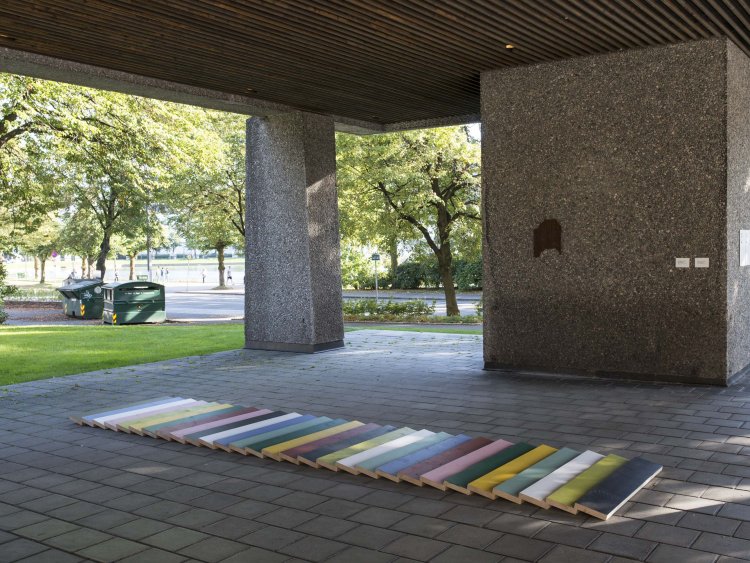 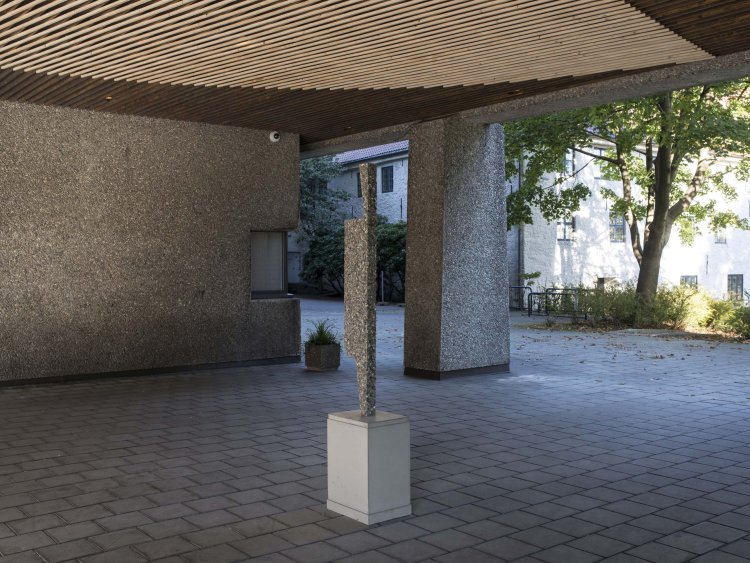 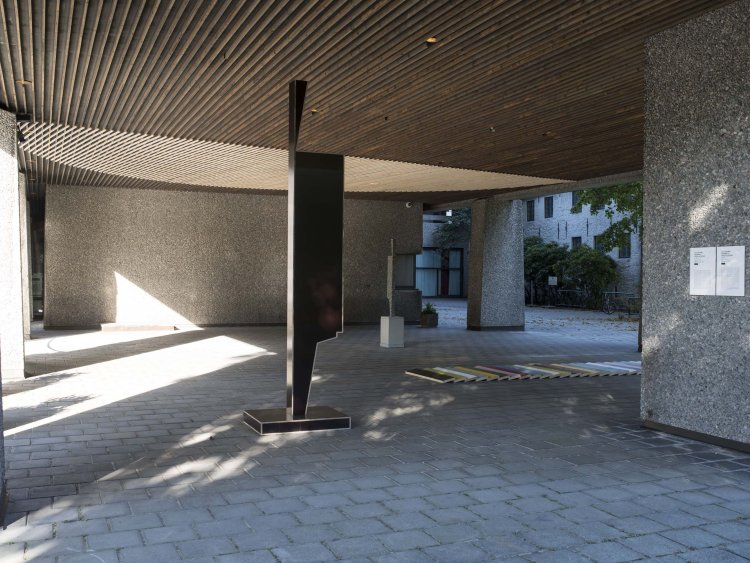 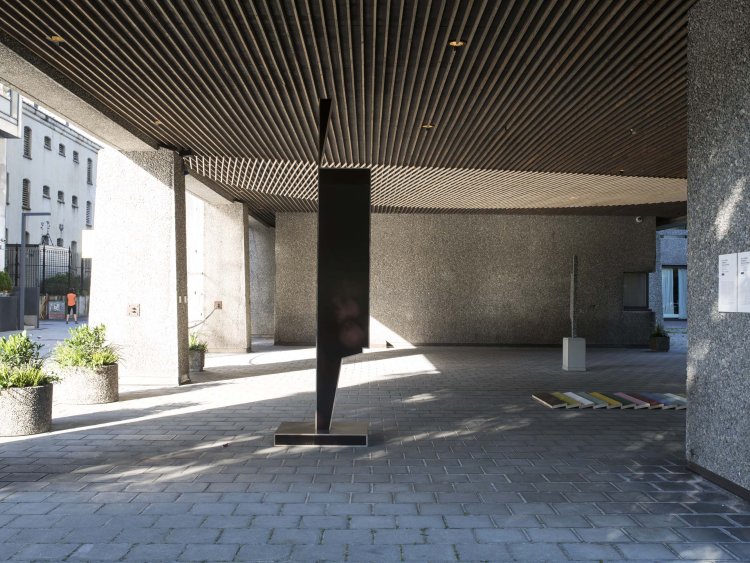 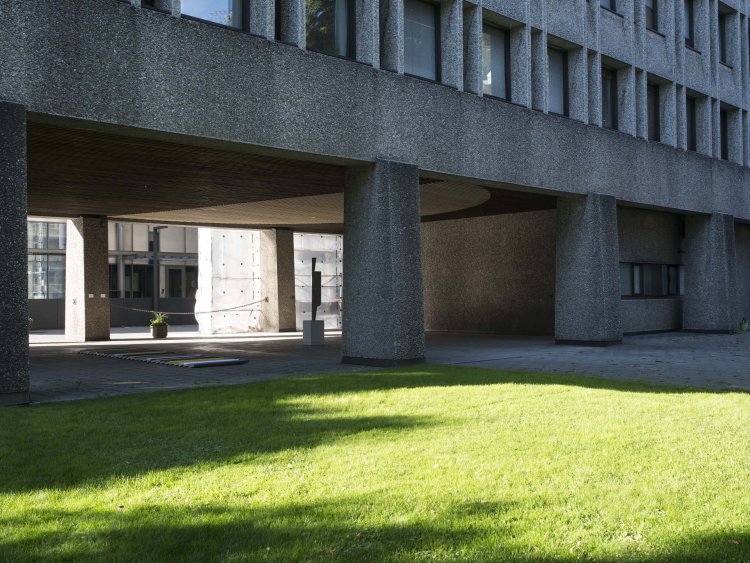 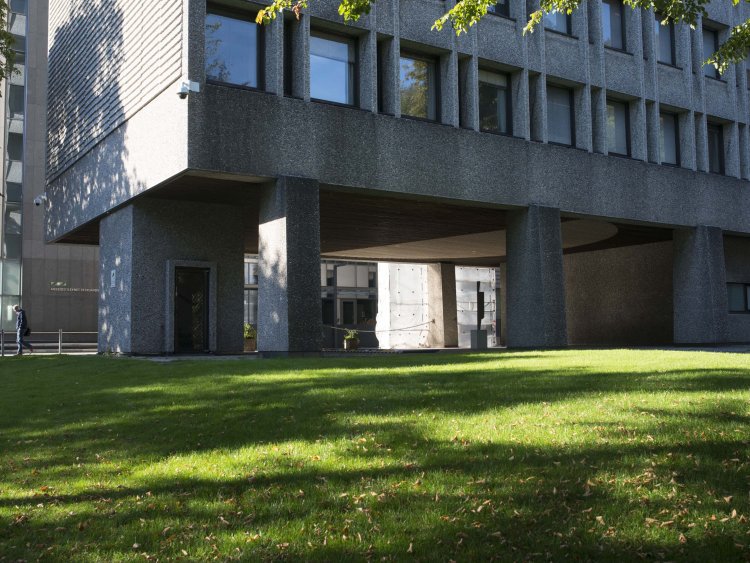