Hanne Borchgrevink is one of Norway’s leading visual artists. Painting and graphic art have been her preferred media for close to forty years as an active artist. Over time she has reduced and minimized the motivic range of her paintings until, today, she concen¬trates on a set of basic forms that are constantly converging in new ways. Bergen Kunst¬hall is very pleased to be able to present Hanne Borchgrevink as this year’s Festival Artist.

For Borchgrevink it is the eternal questions of painting that are in focus. Her work is all about formal issues and our experience of colour. How does a yellow colour reso¬nate against a particular grey ground, and how does the same colour play out against a white surface in the next painting? The repetitions can go on and on, with ever new results. But whereas several of her contemporary Norwegian colleagues, as well as pain¬ters from the preceding generation, usually explored such issues through abstraction and non-figurative painting, Borchgrevink’s painting has always operated in a field of tension between the figurative and the formalistic. Borchgrevink’s work appears fresh and relevant on the art scene today, where painting and craftsmanship in art produc¬tion have both become objects of renewed interest among young artists. Her stringent forma¬lism and at the same time her poetic approach to seriality in a repetitive cycle of sub¬jects are experienced as ever more relevant and meaningful with each new exhibition.

Through repetitions of the same subject, the artist has created a framework, a set of parameters, where she can work methodically and analytically with the categories colour, surface and perception. Colour is Borchgrevink’s primary material. In this year’s Festival Exhibition this comes to expression in a large number of new paintings and woodcuts, but also – for the first time with Borchgrevink – in larger spatial inter¬ventions where the viewer is truly enveloped by the colour, concretely and physically.

One crucial motivation for early installation art, or the object art of minimalism, was the wish for a stronger focus on the enveloping perceptual and bodily experience of the work of art. Painting was seen as a medium that first and foremost mediated, repre¬sented or communicated the world – and thus not as a suitable instrument for this type of perceptual first-hand experience here and now. Installation art, by contrast, could envelop the viewer and make her part of the work. Borchgrevink’s exhibition shows perhaps that such a distinction is not necessarily absolute. In a way she always attacks the painterly with this kind of first-hand sensory perception as her goal. In the present exhibition this aspect is emphasized, and shows how the sensory perception of colour in painting can have parallels with the work of installation artists who similarly make use of colour perception in large spatial installations (Meireles, Flavin, Turell et al.).

The five halls in Bergen Kunsthall form a series of almost identical spaces, one space echoing the preceding one, yet still in different sizes, and thus with different relative proportions. Borchgrevink stages each of the spaces in a distinct way, and the halls become both like and unlike to the same extent as each of Borchgrevink’s paintings is like or unlike the others. At the overall level she creates an integral setting where the colour in the individual painting is now also allowed to play against the exhibition space in which it is placed, in a more explicit way than in the artist’s earlier exhibitions.

Hanne Borchgrevink (b. 1951) lives and works in Finnskogen in Hedmark. She trained at the Norwegian School of Art and Design (1971-1974) and the national Academy of Art (1974-1979). Earlier solo exhibitions include Lillehammer Kunstmuseum (2000), Bomuldsfabriken (2001) and Kunstnerforbundet (2007). Her works have been acquired by key private and public collections in Norway and abroad, including the Norwegian National Museum, the Norwegian Cultural Council and the British Museum. 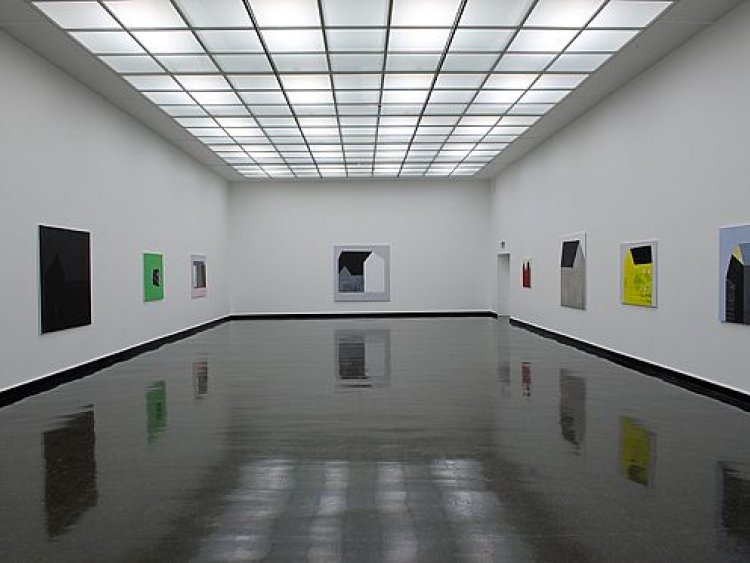 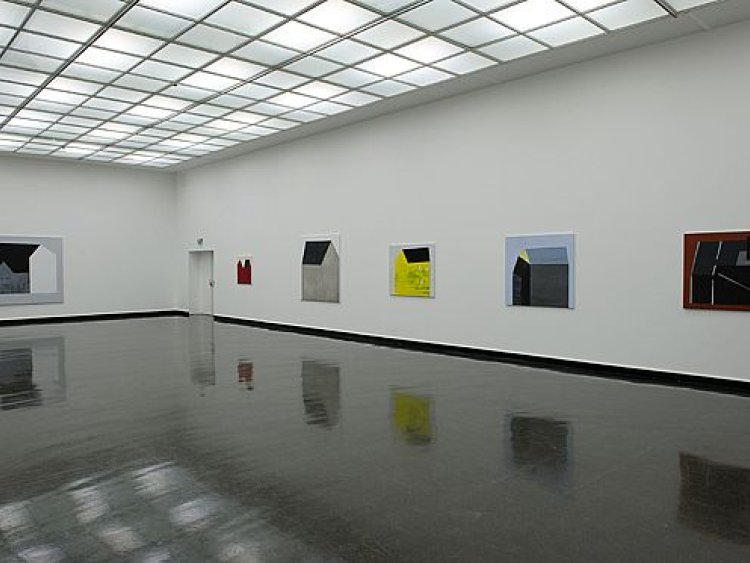 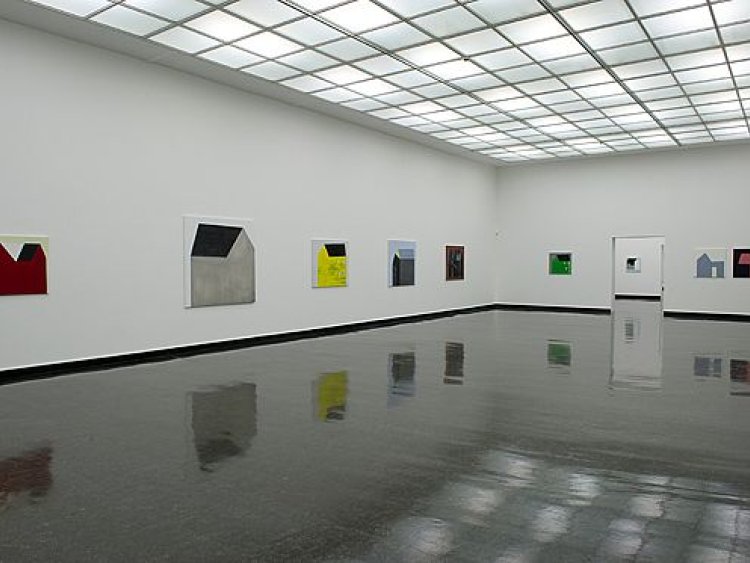 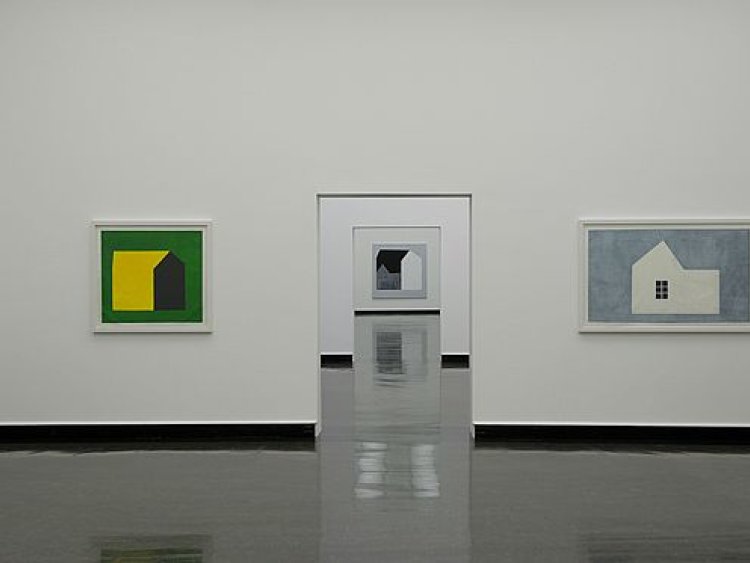 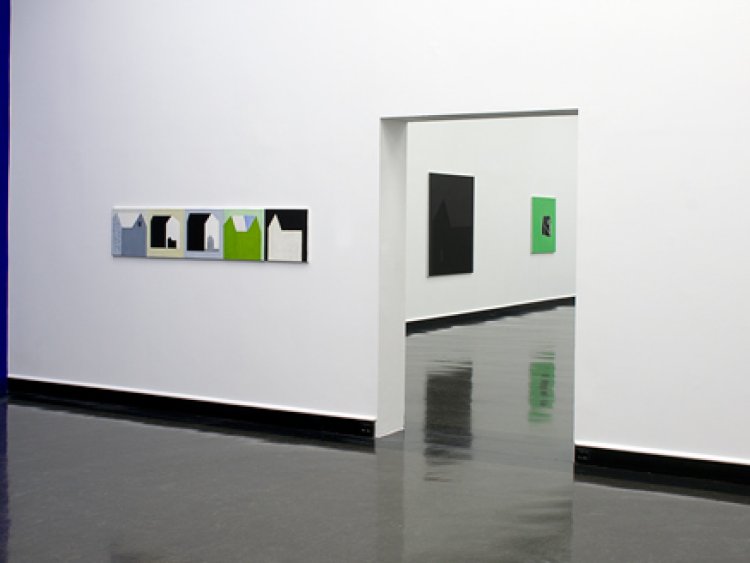 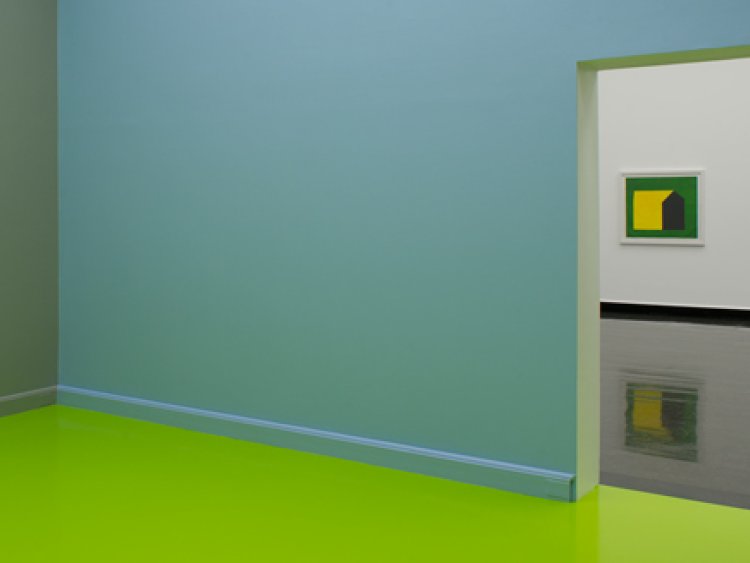