Having lived in Berlin and more recently London, Anne Katrine Dolven has over the past years established herself as one of Norway’s most sought after contemporary artists. She has had a number of major solo exhibitions with significant international institutions and received awards for her work, one of these being the Fred Thieler-award. Dolven has also been important to the Norwegian arts scene, active both as an artist and politically. The Festival Exhibition 2004 in Bergen Kunsthall will be her largest solo exhibition in Norway to this date.

This years’ exhibition titled ‘moving mountain’ consists of both 35 mm film installations and paintings. Dolvens unique ability to work across artistic media is clearly evident. The absence of any narrative creates a link between the film and paintings. Being difficult to understand at a glance, Dolvens work demands the viewers’ time. Perception of the apparently monochrome films changes markedly as the viewer begins to comprehend small details. The same is true for the large abstract paintings, which gain in visual strength as nuances between the pale colours become apparent.

For the production of this exhibition Anne Katrine Dolven has collected themes from amongst other things north Norwegian nature, more precisely Lofoten, where the artist lives for long periods of the year. The films are unedited and depict human figures, which almost without movement become a part of their magnificent surroundings. Other themes are taken from more closed and intimate contexts where the voyeuristic aspect becomes striking. By paying attention to changes in immaterial elements such as lights and sound, time also becomes important, not only for the viewers perception, but also for the content of much of the work. The sparse use of themes and references gives extra weight to these significant elements. Elements that in spite of their simplicity can both cognitively and thematically move mountains.

The Festival Exhibition was created by Bergen Kunsthall- Bergens Kunstforening in 1953, and has over the years anually presented a string of respected Norwegian artists.

The exhibition will open on May 20th and continue until mid August. 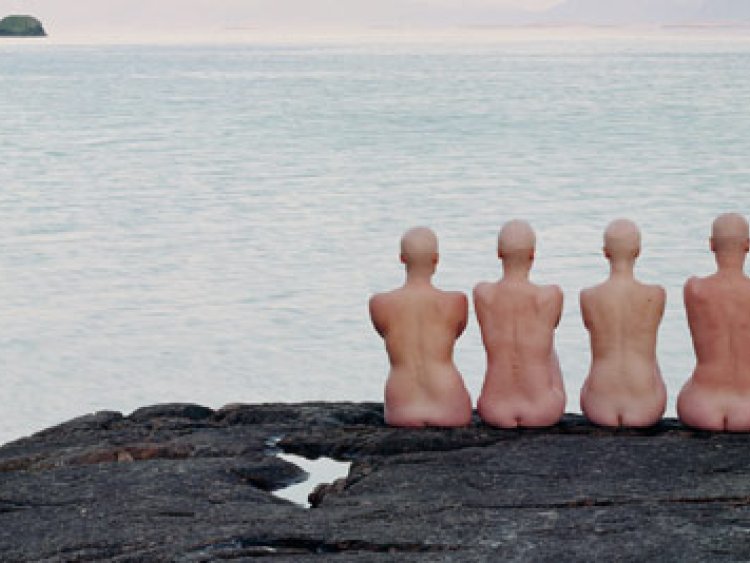